Anthony Toth lives in Arlington, Virginia and is writing a biography of Beverly Eckert. 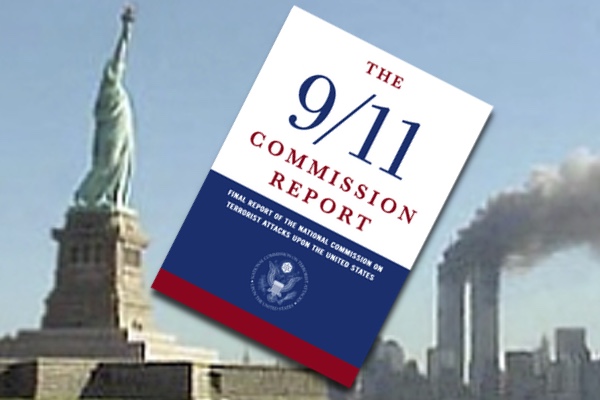 After Al Qaeda attacked the United States on September 11, 2001, there were many, many questions. Sen. John McCain was among the few in Congress who quickly took the lead in finding the answers.

Just five weeks after the attacks McCain and Sen. Joseph Lieberman were discussing the proper national response to 9/11 with host Tim Russert on NBC’s “Meet the Press”. Russert asked McCain whether the country’s intelligence services should be examined in order to see how they missed signs of the attack, and how to prevent others in the future.

“I absolutely believe that we have to go back and see what happened,” said McCain, “not in order to hang somebody at the yard-arm or to disgrace anyone, but so that we will not make the mistakes again that we made before, and can reorganize our intelligence services, do what is necessary in order to prevent — everything in our power to prevent a recurrence.”

McCain followed his words with action. On December 20, 2001, with Lieberman as co-sponsor, McCain introduced S. 1867, a bill to establish what would come to be known as the 9/11 Commission. “As we did after Pearl Harbor and the Kennedy assassination,” McCain said, “we need a blue-ribbon team of distinguished Americans from all walks of life to thoroughly investigate all evidence surrounding the attacks, including how prepared we were and how well we responded to this unprecedented assault.”

Despite fierce political opposition, from President George Bush on down, the 9/11 Commission came into existence, thanks to the bipartisan efforts of McCain and Lieberman, their colleagues in the Senate and supporters in the House, and a dedicated group of family member activists who had lost loved ones in the attack. Beverly Eckert was one of these family members, and after she and I started collaborating in 2004 on a book about her 9/11 story, she was my window into the political struggles surrounding the commission and its aftermath.

The public hearings of the commission dominated national headlines from March 2003 until June 2004, and uncovered both good and bad. While many performed their duties to protect the country before 9/11, a wide range of shortcomings came to light, from intelligence failures, to missed law enforcement opportunities, to the confused military response on the day of the attack. While frustrated by the stonewalling and foot-dragging of many government officials called to testify, the 9/11 family members and the public at large were at least given the satisfaction that some crucial questions were being answered.

But in early 2004, members of the commission, 9/11 family members and other supporters saw the need to supplement the commission’s funding so that it could continue operating for a few months past its mandate in order to finish its work and present a full report to the American people. The only person standing in the way of granting the extension was Dennis Hastert, the Republican speaker of the House. This is where McCain once again stepped into the fray.

According to Lieberman, when McCain heard that Hastert was opposing the funding measure for the commission’s extension, he picked up the phone. It was the end of the legislative session. Offices were emptying out, and it was a time when things could get done, person-to-person. McCain told Hastert how important it was for the commission to be able to continue its work for a few more months. Hastert had already made it known through his spokesman that one reason for his opposition was so that the commission’s final report would not be released close to the end of summer, when it might be used as “a political football” as the 2004 presidential campaign approached its end.

In Lieberman’s account, when Hastert responded evasively, McCain’s famous ire began to rise. “Denny, you know, I’ll be as direct as I can with you: if our bill doesn’t pass and that commission isn’t funded there’s not another fucking bill from the House that’s gonna go through the Senate, because I’m gonna object to everything.” To which Hastert responded, “You mean you would stop every bill?” And McCain shot back: “You’re damn right I would!”

Hastert dropped his opposition, and the 9/11 Commission’s funding was extended through the summer of 2004.

After the 9/11 Commission released its report in July 2004 and it quickly became a bestseller the next urgent priority was to pass legislation to implement many of the report’s recommendations. This took the form of the Intelligence Reform and Terrorism Prevention Bill of 2004. This legislation called for the most extensive overhaul of the country’s intelligence services since the start of the Cold War. And despite opposition from the White House, the Pentagon and a small number of members of Congress, the Intel Reform Bill, as it came be called, passed both houses and was signed into law by the President Bush in December 2004.

For the 9/11 family members, the colossal effort of establishing the commission and passing the bill was a way to take action and do something positive. And for many of those on the Hill who worked with them it was the one of the most rewarding undertakings of their lives.

McCain said as much himself.

In the fall of 2008, during his first presidential debate against Senator Barack Obama, McCain was asked by the moderator whether he thought the country was safer than in the immediate aftermath of 9/11. He said that it was, but there was a ways to go. He added that one of the things he was most proud of was his work with Lieberman on establishing the 9/11 Commission and passing the intel reform legislation.

He noted how tough the struggle was. “And we were … opposed by the administration… and we were stymied until the families of 9/11 came, and they descended on Washington, and we got that legislation passed…. And I'm happy to say that we've gotten written into law most of those reforms recommended by that commission. I'm proud of that work, again, bipartisan, reaching across the aisle, working together, Democrat and Republican alike.”

Beverly had watched the debate, and when McCain mentioned the role played by the family members she said it felt “strange and unexpected” after all the time that had passed. It made her proud. And though she was a staunch Democrat, for a moment the words of the maverick senator from Arizona made her consider changing her vote.