Gregory A. Daddis is an associate professor of history and director of Chapman University’s MA Program in War and Society. His most recent book is Withdrawal: Reassessing America’s Final Years in Vietnam. 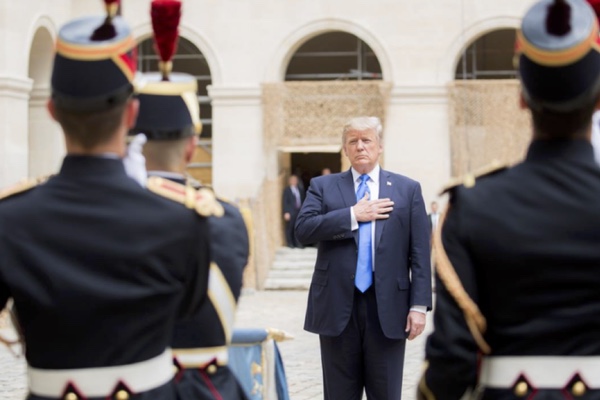 National security. The term has become integral to a constant refrain from the Trump White House over the past six months in justifying a number of political, military and economic decisions. The United States is being threatened on multiple fronts, we are told, and only aggressive responses can maintain our safety.

Such exhortations, however, belie the confidence President Trump projects at his often boisterous political rallies. In truth, the president is increasingly promoting a national “insecurity” state based on omnipresent fear and anxiety. 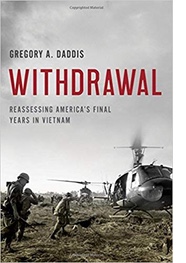 While Mr. Trump has time and again linked homeland security to building a border wall between Mexico and the United States, he has depended on similar rhetoric in dealing with our allies abroad. The president has bullied NATO members to increase their military spending; indeed, the U.S. Defense Department has threatened that the United Kingdom may no longer be the “partner of choice” if it too refuses to reorient its spending priorities.

Even longtime strategic partner Canada could be labeled a “national security threat” at the June G7 Conference to warrant the imposition of tariffs on aluminum and a levy on steel imports.

Within the span of just two weeks this August, the president approved a massive $717 billion defense bill, in part to restore a military that supposedly has fallen into “total disrepair.” Vice President Mike Pence, in calling for a U.S. military force in space, lambasted previous administrations which “all but neglected the growing security threats emerging in space.”

And, in an unprecedented move that stands for the opposite of national security, Mr. Trump recently revoked the security clearance of former CIA Director John Brennan because, according to the president, Mr. Brennan’s “lying” facilitates the “aim of our adversaries, which is to sow division and chaos.”

These fears have the potential to become all-encompassing: Fear that the United States is squandering its economic advantages to both allies and adversaries. Fear that America is losing wars to “terrorists,” whether at sea, on land, or now in space. Fear that white nationalists are losing their place in an ever-increasing multiethnic, gender-balanced American society. It would seem that the “carnage” of which President Trump spoke during his inauguration address is clearly upon us.

Yet this apocalyptic rhetoric is hardly new. Promoting insecurity has long historical precedence in American society, perhaps no better seen than in the early Cold War era. Despite having helped rescue the globe from totalitarianism and fascism during World War II, Americans hardly entered the postwar period in a confident manner.

In a period of immense change, part of the domestic response was to label the USSR a threat so grave that, according to one source, Deputy Secretary of Defense Paul Nitze argued “that the United States must increase its military budget by as much as 250 percent, lest the Soviets gain an overwhelming advantage.” Fears of nuclear Armageddon were not long in coming after the both the Soviet Union and China gained access to the most terrifying of human weaponry.

These national security fears were replicated at home, where anxieties could be found in nearly every corner of American society. The “Red Scare” became pervasive—Hollywood actors were blacklisted, political freedoms circumscribed, homosexuals deemed security threats, and civil rights activists tarnished as communist dupes.

So grievous were these multiple threats to American security that Wisconsin Senator Joseph McCarthy could declare in 1950 that the United States was at risk of being destroyed. It is “becoming terrifyingly clear,” McCarthy warned, that “this country each day [is] losing on every front.”

Nor did such ominous, apocalyptic language cease with the Cold War’s demise. President Bill Clinton’s 1997 “National Security Strategy for a New Century” painted a bleak future, in part because the dangers facing the United States were “unprecedented in their complexity.” The world appeared a dark place with “ethnic conflict and outlaw states threaten[ing] regional stability; terrorism, drugs, organized crime and proliferation of weapons of mass destruction … transcend[ing] national borders; and environmental damage and rapid population growth undermin[ing] economic prosperity and political stability in many countries.”

The September 11, 2001 terrorist attacks seemed only to justify these fears. Consequently, only 45 days later, President George W. Bush signed into law the USA Patriot Act, a jingoistic acronym for “Providing Appropriate Tools Required to Intercept and Obstruct Terrorism.” Few at the time realized how the act threatened citizens’ Fourth Amendment rights, banning unreasonable searches, and secretly justified “the collection of ‘metadata’ of phone calls made by hundreds of millions of Americans.”

Any nuances within the long-standing debate between personal liberties and national security were pushed aside, however, by a president who spoke of the world in simple black-and-white terms. To a local New Jersey community a year after 9/11, Bush was clear: “We’re under attack because we love freedom, is why we’re under attack. And our enemy hates freedom. They hate, and we love.” Was not any tactic justified against a savage enemy who hated the very concept of freedom?

If Bush’s successor proved more circumspect in his rhetoric on national security, such prudence did not restrain the new president from overseeing a drone strike program that left scores of innocent dead in its wake to promote US national security. Especially during his first term in office, Barack Obama relied heavily on drones, often arguing that the balance of “legitimate kills” outweighed innocent deaths. Yet at least one critique argues that such claims sidestepped an important point: “that many aspects of targeted killing policy [were] on dubious legal footing, and that Obama [had] set hugely dangerous precedents.”

Thus, the nefarious and corrosive politicization of national security is nothing new. In fact, one might argue that it has been built into the structure of American political culture since 9/11. Yet it seems like the degree and scope of this politicization have worsened sharply under the Trump administration.

There are always consequences for such fear-mongering. As historian Stephen Whitfield has reasoned, the government’s abuse of power in exaggerating national security threats during the Cold War era ultimately imperiled American citizens’ “rights to have rights.” We might ask ourselves if we have entered a new age of McCarthyism.

Arguments using the red-hot language of “national security” can only cripple rational discussions. In this way, nationalism becomes a default state in our political dialogue, along with hyper-patriotism and militarized masculinity.

There is no question that a global power like the United States must consider threats to its security, both domestically and abroad. But our nation’s leaders must do so without bombast and purposeful political posturing.

When every dispute is carelessly linked to “national security,” how as citizens do we determine when there is, in fact, a true threat to our freedoms and livelihood?