As a young man, William James studied a range of fields, from chemistry to literature. He focused especially on physiology, psychology, and philosophy. In the 1860s and 1870s, the future psychologist and philosopher was sorting out his own philosophy of life and sampling career paths. Each offered plausible insights, but none was decisive or beyond some criticism, especially as amplified by his temperamental indecisiveness. The swirl of choices, and the dramatically different ways of understanding the world, made him feel downright “dead and buried.” With these burdens, compounded by severe depression and poor physical health, he even vowed never to marry lest his problems descend to another generation. By his late twenties, he felt “rather precipitately old.” 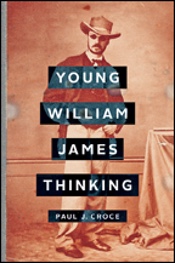 James never really solved any of his problems. All his life, he continued to be nagged by ambivalence, poor health, and bouts of depression. But toward the end of his young adulthood, he adopted a very different attitude about them. Reading the Stoics Epictetus and Marcus Aurelius provided the clue: We can control next to nothing in the world except our own relationship to the cauldron of events and competing outlooks.

So the problem was not the problems. James discovered that his problem was the expectation that he could ever completely solve them. This did not mean resignation to his own or any problems. In adulthood, he maintained a relentless drive to figure out all the mental puzzles that he tackled. And his work was prodigious.

James’s collected works number 19 volumes (with more writings available only in the archives). His friendships and collegial connections amount to a veritable Who’s Who of late-nineteenth-to early-twentieth-century North Atlantic intellectual life. These connections are included in the 12 volumes of his published correspondence (and those stout volumes capture only 30 percent of his letters). But he remained humble about expecting that his or any answer would be final. He called his outlook “meliorism,” with a goal of ameliorating or reducing problems; and he described his humility with the phrase “ever not quite.”

In fact, James did not produce his impressive achievements despite his troubles, but because of them. Even when suffering most intensely, during his twenties, with uncertainty about career and life direction, he said, “I have come to regard [these burdens] as a periodical neccessity”—another burden was with this word, which he repeatedly misspelled throughout his life. Late in life, he captured the constructive and downright familiar qualities of his difficulties, observing that he generally suffered “with pen in hand.” His point was that while serenity was pleasant, troubles led to insight, because they pressed for thinking beyond habitual and constraining channels. He captured those insights on paper, and so, his realization about how to handle his troubles became part of his theorizing.

James proposed that the distinctive quality of the human mind was its spontaneity, with thoughts pointing in a wild range of directions, from the systematic to the imaginative, the routine to the trial balloons. This means that people think with a mental version of the Darwinian portrait of evolutionary changes emerging from spontaneous variations. The resulting novelties do not always go well; in natural selection, most are dead ends, and in personal development, they often lead to problems. But they can also be creative resources for innovations.

This approach to the world gave James a lighter step than he could muster in his burdened youth. The insight first emerged in advice to others, which served as his own trial balloons for his own directions. His friend Henry Bowditch would become the first American full-time physiologist. But when still in training, Bowditch would get discouraged, and James at age twenty-six, actually felt better about his own troubles when dispensing the advice. James wrote, “Results … are sure to float up … from long enough daily work,” so he counseled Bowditch, that with his daily pegging at his work, “you’ll wake up some morning,--a physiologist.”

Toward the end of youth, at the age of thirty-five, James finally took his own liberating advice. He finally felt ready to accept life “without any guarantee.” He explained in frank recognition of the persistence of his problems that, “provided I am at all in vigorous condition,” the very uncertainty and even the problems themselves, now framed as challenges, gave him “a sort of deep enthusiastic bliss.” This backhanded joy even gave him a “bitter willingness to do and suffer anything.” This became James’s game plan in his life and his work.

So, got troubles? Times look bleak, with no ready answers in sight? Ok, start your engines. In the spirit of William James, the contemporary environmentalist David Orr says, “Hope is a verb with its sleeves rolled up.” That’s meliorism in action, with no expected control of the outcome, but a sure focus on what any one committed person can do.

This was James’s hard-won insight developed at the end of his youth. He grew younger, in spirit at least, as he grew older, like Merlin or Benjamin Button. It’s as if he embodied Bob Dylan’s lines, “I was so much older then; I’m younger than that now,” popularized by The Byrds in 1967.

Still, physical aging caught up with him. At age 56, when hiking with younger friends, no less, he strained his heart. Even as his body wore down, his youthful spirit persisted. From the perspective of old age, looking back on his troubled youth, he said that only now, “I am just getting fit to live.” As he faced his own mortality, he recognized what he had accomplished, but he realized it was an “an arch built only on one side.”

The resolutions from the end of youth were also consolations at the end of life. He had done his ameliorating part, but he did not have responsibility to solve everything. He was ready to pass those tasks on to the next generations.

Even belief in an afterlife does not dent the importance of connections across the generations; those relationships make up our life on this side of the veil. That’s what any of us can impact, a little in our own life, and more when we pass the baton forward.