Did Jefferson Really Write the Declaration of Independence?

M. Andrew Holowchak, Ph.D., is a philosopher and historian, editor of "The Journal of Thomas Jefferson's Life and Times," and author/editor of 10 books and of some 70 published essays on Thomas Jefferson. He can be reached through http://www.thomasjeffersonphilosopher.com. 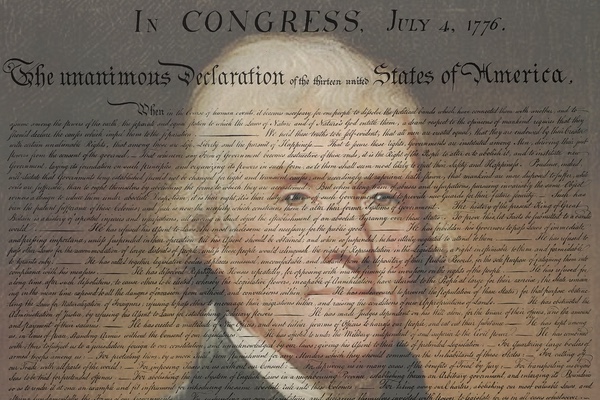 Jefferson’s energy in the cause of liberty, his dedication to the cause of human rights, and his facility with language through his pen placed him in, often at the head of, over 30 committees in the Continental Congress. Yet his most significant work was as a member of the five-man committee appointed to draft the Declaration of Independence. On June 9, 1776, Congress appointed Jefferson, John Adams, Benjamin Franklin, Robert Livingston, and Roger Sherman to draft the document. 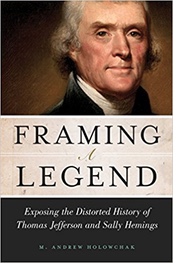 With so much occurring in the Congress and most congressmen stretched to their limit, Jefferson was given the task of drafting the document. Why? John Adams recalled his conversation with Jefferson: “Reason first, you are a Virginian, and a Virginian ought to appear at the head of this business. Reason second, I am obnoxious, suspected, and unpopular. You are very much otherwise. Reason third, you can write ten times better than I can.” Jefferson called into question Adams’ flattering account. “Mr. Adams [sic] memory has led him into unquestionable error. … The committee of 5 met, no such thing as a sub-committee was proposed, but they unanimously pressed on myself alone to undertake the draught.”

Thus, Jefferson shut himself in the second floor of a three-story brick house at Seventh and Market Streets in Philadelphia, and worked on the project from June 11 to June 28. When finished with his initial draft, he handed a copy to Franklin and Adams for their corrections. The two made merely “verbal” alterations and the Continental Congress received the fair copy on June 28 and made substantial edits, thereby reducing the document by some one-quarter in length. The most notable omission was a long passage, penned by Jefferson, on the evils of slavery.

Because Jefferson was part of a five-man committee and because the fair copy had to go through the criticisms and edits of the Congress, it is fair to ask whether Jefferson can be called the author of the document.

Pauline Maier, in her American Scripture: Making the Declaration of Independence, warns against ascription of authorship to Jefferson. Jefferson was “no Moses receiving the Ten Commandments from God. He was part of a five-man committee, which oversaw the project. Also Congress revised the document before its publication. Thus, “it was an act of group editing.”

She warns against regarding the document as a “sacred text” and against championing Jefferson as “the father of all moral principles.” She sums that Jefferson was the “most overrated person in American history.”

More recently, Danielle Allen, in Our Declaration: A Reading of the Declaration of Independence in Defense of Equality, also argues against ascription of authorship to Jefferson. The Declaration was a democratic work that was constructed by a committee and was intended for a global audience. The document was merely begun by Jefferson, as his original draft was reviewed by the four other members of the original committee, by 51 other members of Continental Congress, and by the clerk Matlack, who “textured the text with his formal calligraphy.” Thus, there was the influence of “the words and voices of all those people who participated in conversation with Jefferson, Adams, Lee, and Mason.” In addition, one must not forget the conversations of committee members with others within and without the Congress. If we follow Allen’s line of reasoning, then it seems that nearly everyone with democratic leanings had a hand in penning the document. Yet with due consideration for Jefferson’s meaty role in birthing the document, she sums: “The monumental achievement of Thomas Jefferson is, ultimately to have produced a first draft—and a general argumentative structure—that, through its philosophical integrity and unquestionable brilliance, could survive such intense committee work and bear this much demand for agreement.”

The document was certainly not deemed a sacred text, though it is now considered to be one, when it received the final approbation of the Congress on July 4. As Maier said, its declaration of independence was post factum: Independence had formally been declared on July 2, 1776, and the document for years fell into relative obscurity in the states, though its effect in Europe was immediate and seismic. Jefferson himself was astonished by the significance of the document decades after it was penned. To Dr. James Mease (26 Sept. 1825), he wrote of “the sacred attachments of our fellow citizens to the event of which the paper of July 4th, 1776, was but the declaration, the genuine effusion of the soul of our country at that time. Small things may, perhaps, like the relics of saints, help to nourish our devotion to this holy bond of our Union, and keep it longer alive and warm in our affections.”

While he wrote the document, Jefferson was clear that his chief aim, as the letter to Mease shows, was not originality of sentiment, but to capture the spirit of the colonists at the time. That sentiment he expressed more plainly in an earlier letter to Henry Lee (8 May 1825): “When forced, therefore, to resort to arms for redress, an appeal to the tribunal of the world was deemed proper for our justification. This was the object of the Declaration of Independence. Not to find out new principles, or new arguments, never before thought of, not merely to say things which had never been said before; but to place before mankind the common sense of the subject, in terms so plain and firm as to command their assent, and to justify ourselves in the independent stand we are compelled to take. Neither aiming at originality of principle or sentiment, nor yet copied from any particular and previous writing, it was intended to be an expression of the American mind, and to give to that expression the proper tone and spirit called for by the occasion. All its authority rests then on the harmonizing sentiments of the day, whether expressed in conversation, in letters, printed essays, or in the elementary books of public right, as Aristotle, Cicero, Locke, Sidney, &c.”

In writing the Declaration, Jefferson aimed to encapsulate the “expression of the American mind” at the time of its composition. Originality was not an aim. The merit of the document, he concedes, was its ability capture the “harmonizing sentiments of the day.” That the document has today taken on the status of a holy relic strongly suggests that Jefferson perfectly captured those sentiments.

The document in many respects is merely a formal reconstruction of Jefferson’s Summary View of the Rights of British America—with excision of certain aspects and fleshing out others in a tone less angry and more measured. I examine Jefferson’s fair copy.

First, the first paragraph is Jefferson’s opening salvo. “When in the Course of human events, it becomes necessary for one people to dissolve the political bands which have connected them with another, and to assume among the powers of the earth, the separate and equal station to which the Laws of Nature and of Nature’s God entitle them, a decent respect to the opinions of mankind requires that they should declare the causes which impel them to the separation.” That salvo is an appeal to the good judgment of mankind for the causes of the colonists’ push for separation from England.

Secondly and most famously, he then limns several self-evident truths: that all men are created “equal & independent”; that “from that equal creation,” all have the rights “to the preservation of life, & liberty, & the pursuit of happiness”; that governments, deriving their “just powers from the consent of the governed,” are instituted to secure such rights; and that the people have a right to abolish any government which “becomes destructive of these ends” and to institute a new government, by “laying its foundation on such principles and organizing its powers in such form, as to them shall seem most likely to effect their Safety and Happiness.”

Next, Jefferson lists 18 grievances—“Facts … submitted to a candid world”—which aim to show King George III’s behavior, when it comes to ignoring their rights, to be tyrannical and of consistent purpose in ignoring colonists’ rights. Many are taken from his Summary View.

Finally, there is the ending paragraph, which is a normative argument for colonial separation and self-government. “These United Colonies are, and of Right ought to be Free and Independent States … [and] are Absolved from all Allegiance to the British Crown.”

Thus, the Declaration is a lengthy argument—given in gist mostly in the second paragraph. All people are created equal. All people are endowed with certain rights (life, liberty, and the pursuit of happiness) to enable them to live peaceably among each other in a social setting. Governmental power is derived from the consent of the people. The main task of a government is to secure its citizens’ rights. When any government fails to secure its citizens’ rights, the citizens have a right to abolish it and institute a new government. King George III has abusively violated the British colonists’ rights (18 grievances). So, the colonists have a right to form their own government in keeping with their own notions of their safety and happiness.

The influence of John Locke and George Mason is apparent, but Jefferson was well read in the liberal/utopian literature of his time—e.g., More’s Utopia, Mercier’s The Year 2440, Condorcet’s History, Harrington’s Oceana, Charron’s On Wisdom, and Volney’s Ruins—and so it is vain to look too much at the influence of any one person on the document.

Yet there is reason to believe that in writing the document, Jefferson merely appealed to the skeleton of his own newly forming political philosophy, which would get fleshed out in certain letters on rebellion and revolution during his tenure in France, in his First Inaugural Address as president, and in certain letters later in life—the year 1816 is especially revelatory—on the notion of sound republican government. Jefferson wrote to William Fleming, just prior to ratification of the Declaration (1 July 1776): “If any doubt has arisen as to me, my country will have my political creed in the form of a ‘Declaration &c.’ which I was lately directed to draw. This will give decisive proof that my own sentiment concurred with the vote they instructed us to give.” There can be no stronger statement of ownership by Thomas Jefferson.