Tula Connell, an historian of the United States focusing on 20th century labor and social movements, is author of "Conservative Counterrevolution: Challenging Liberalism in 1950s Milwaukee." Connell serves on the board of the Labor and Working Class History Association. A version of this article was first published in theMilwaukee Journal-Sentinel. 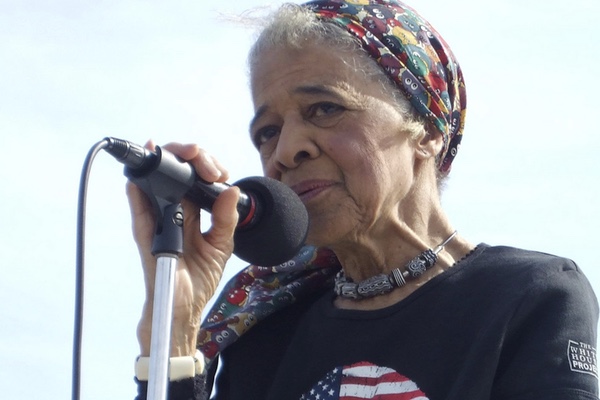 Vel Phillips at March on Milwaukee - By Voces de la Frontera from Milwaukee, USA, 2007, CC BY 2.0

Following the death this spring of Vel Phillips, the Milwaukee civil rights icon has been fittingly recognized for achieving many “firsts” as an African American and woman.

If you don’t live in Wisconsin you may never have heard of her. That’s a shame. 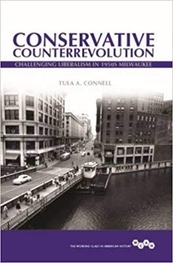 In the 1960s, she helped lead more than 200 consecutive nights of marches for fair housing, enduring verbal abuse and assaults with bricks, bottles and urine. As a 15-year Milwaukee Common Council member, Phillips repeatedly introduced fair housing legislation, only to have it voted down 18–1, as she cast the sole supporting vote.

Yet Phillips’s life also offers a unique and timely look at the intersection of race and gender. While much of her public efforts centered on advancing the rights of African Americans, her personal struggles often involved achieving equal acceptance as a woman.

Phillips’s public service began in the 1956 Milwaukee municipal primaries. Even as the city’s 1956 mayoral election became nationally known for its unbridled verbal attacks on African Americans (Time Magazine described the racist campaign against Mayor Frank Zeidler as “The Shame of Milwaukee”) the municipal elections that year provided an ironic twist: Voters elected Phillips to the Common Council. Over the years, other African Americans had run for council in the largely black ward Phillips sought to represent, so the issue of race did not generate animosity in the campaign as it did in the mayoral race. But Phillips recognized her other “handicap”— that of being a woman — likely would be the biggest barrier.

Phillips made good use of her gender-neutral first name (shortened from Velvalea), instructing campaign volunteers to stump for “Vel Phillips, an attorney” as they handed out literature that intentionally did not include her photo so as not to reveal her gender.

Phillips received the most votes in an eight-person primary, despite being the last name listed on the ballot, coming ahead of Leroy Simmons, the first African American member of the Wisconsin Assembly. No woman had ever previously survived a primary election for alderman — but it was clear many did not know they cast their ballots for a woman.

On the general election day, she and her husband, Dale, continued getting out the vote, checking the large notices posted on telephone poles by the Milwaukee Election Commission that listed people who had voted. Updated throughout the day, the lists enabled candidates and campaign volunteers to visit homes where residents had not cast their ballots. At one such home, the Phillips drove a couple and their child to the polls.

On the way, Phillips gave a rundown of whom they should vote for, “starting with (Zeidler) and saving herself for last” so her name was freshest in their minds. When she got to her recommendation for alderman, the woman told Phillips they had already picked a candidate — Vel Phillips. “So I turned around to thank her,” Phillips said, “but before I could thank her, the man said, ‘Yes, we think he’s a great guy. He’s a lawyer, and … he graduated from law school, and all that.’ [M]y husband didn’t miss a beat. He said, ‘Oh, great, we think he is too.”

Once elected, the lack of council bathrooms meant she needed to wait until she heard the toilet flush before she could enter the men’s room. But that indignity was eclipsed by what we now know is gender-based violence at work, when Mayor Henry Maier would “summon” Phillips to his office. As Phillips recounted: “I would stand in his office while he’d swear, saying, ‘You need a good beating.’ ”

Like many women in similar situations, Phillips at first tried to ignore his abuse. “I’d just be very quiet. I took it until I couldn't take it anymore.” But then, she recalls, “I got more aggressive.”

Standing up to Maier, Phillips says she told him: "Don’t summon me. You cannot summon me. You stay on your end of the hall and I’ll stay on my end of the hall and don't even try to call me because I’m not coming. You have to be elected and I’m elected. I don’t swear, but I do know a few words. And I don’t give a damn about what you think, I’m going to do what I damn please.’ ”

More than a decade later, as secretary of state, she briefly served as acting governor during the absence of both the governor and lieutenant governor — and later joked that “the men hurried back” when they realized they had left a woman in charge.

Fundamentally, the #MeToo movement is about challenging a status quo that tolerates abuse of power by those who have disproportionately determined who gets access to equal recognition and respect. Throughout her life, Phillips challenged sexism, misogyny and patriarchal notions of “a women’s place” with creativity, toughness and humor. Vel Phillips will be remembered and revered for her many extraordinary accomplishments. Breaking barriers for women must be counted among the most hard-fought of those achievements.