Where Are the Moderates?

It is hazardous to be a moderate in tumultuous times. And while we are dismayed by the readiness of today’s radicals to attack or shout into silence anyone who disagrees with them, we accept with a shrug that during the American Revolution, a civil war, there were vicious attacks against loyalists by patriots. It is a surprise, however, to discover that frictions within the patriot side became so bitter they actually turned deadly when a Philadelphia mob and militia, egged on by the state’s radical Executive Council, had a “shoot out” with some of the new nation’s most distinguished moderates. 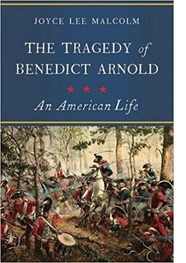 The incident occurred in the wake of the British evacuation of Philadelphia, home of the Pennsylvania state government and the Continental Congress. In June 1778 as the British army prepared to abandon the city, Washington asked Benedict Arnold, still crippled from his injury at Saratoga the prior year, to take command there, his task “to preserve tranquility and order in the city and give security to individuals of every class and description” while the Pennsylvania government and refugees returned home. Washington hoped for moderation. He had urged Congress to offer clemency to the city’s loyalists to convince them to stay, but none was announced, and hundreds of frantic residents dragged what possessions they could to the docks and sailed off with the British fleet. Like Washington, prominent Philadelphia moderates John Dickinson, Robert Morris, Benjamin Rush and James Wilson also wanted forbearance and reconciliation with their neighbors who had chosen to remain during the British occupation. The radical majority on the Pennsylvania Executive Council, led by Joseph Reed, however, were spoiling for revenge.

Even before their return to the city, the Pennsylvania legislature passed “An Act for the Attainder of divers traitors” ordering twelve individuals who they claimed supported the British to appear and be voted guilty of high treason. In addition they broadcast the names of some 332 other people they intended to prosecute for treason or disloyalty. They were also keen to confiscate the property of loyalists or suspected loyalists. When Arnold refused to arrest the residents on that list of “known” enemy sympathizers, the councilors charged him with protecting loyalists. This would be one of eight charges the Executive Council brought against him, and for good measure, sent to the leaders of every state and to newspapers. They demanded he be court-martialed.

Arnold was not alone in desiring reconciliation. In July councilors grumbled at “a great unwillingness in the People of the City to give the necessary information against the disaffected.” James Wilson, signer of the Declaration of Independence, aroused their anger for defending, successfully, those the Council had accused of treason. Of twenty-three men who stood trial for treason between September 1778 and the following April, only four were found guilty, and even in these cases the juries had asked for leniency against the death penalty.”

The council’s fury against Arnold, Wilson and other prominent moderates, accusing them of protecting loyalists, fueled mob anger. The crisis came on October 4. Fearing an armed confrontation Wilson, Robert Morris, Captain George Campbell, and more than thirty other republican moderates barricaded themselves in Wilson’s house. To the strains of fifes and drums two hundred of Reed’s radical stalwarts armed and supported by the local militia marched from the commons to Wilson’s house and surrounded it. The crowd grew by another two hundred as enraged men, some apparently convinced the high prices from a depreciating currency were due to a loyalist plot, joined the march and converged on Wilson’s home. When Captain Campbell shouted at the mob from an upstairs window he was shot at. Others shot back. The mob, armed with hammers and iron bars, battered down the front door and burst into the house. An exchange of gunfire took place on the stairway before the invaders were driven out and furniture braced against the door. At this point Joseph Reed, chairman of the Council arrived followed shortly by Continental soldiers and the violence stopped.

One of Wilson’s friends had been bayoneted and six or seven men lay dead, others were badly wounded. Reed arrested everyone inside the house and besieging it including Arnold, who had arrived too late to help. Wilson, Morris and their fellow republicans were released after they posted bail, but Reed released the members of his militia mob and got them an amnesty. Two days later as Arnold was returning from meeting with a group of moderates at Grey’s Ferry he was attacked in the street by a violent mob. He drew his pistols to defend himself and threatened to shoot the two men who tried to reach him. Angry and embarrassed, he wrote Congress for help: “As there is no protection to be expected from the authority of the state for an honest man, I am under the necessity of requesting Congress to order me a guard of Continental troops.” Congress was not in a position to preempt the authority of the Pennsylvania government and Arnold was informed that his application “ought to be made to the Executive Authority of the state of Pennsylvania in whose disposition to protect every honest citizen Congress have full confidence.”

Time, of course, tends to airbrush out the messy reality of the past, as it has this deadly incident, and will doubtless do the same to our own troubles. We owe much to our moderate founders, but their task was no simple one.