William Lambers is the author of Nuclear Weapons the Road to Peace. He has been published by New York Times, HuffPost, Columbus Dispatch, Cincinnati Enquirer, The Hill and Spectrum, the official magazine of the Comprehensive Nuclear Test Ban Treaty Organization. 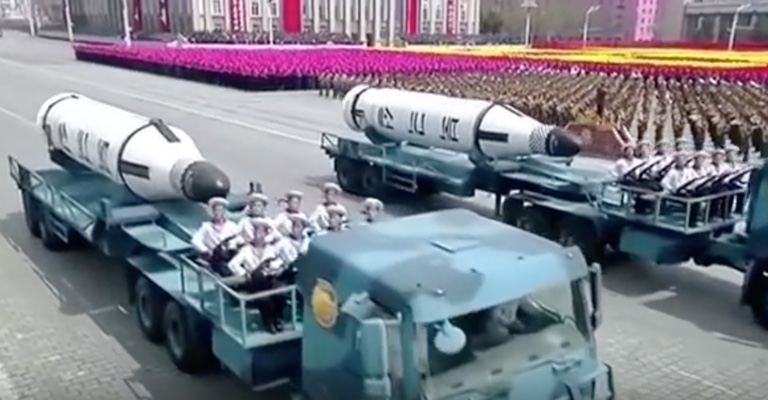 The summit between President Trump and North Korean leader Kim Jong Un comes near the anniversary of one of President John F. Kennedy's most famous speeches.  JFK, in a 1963 commencement address at American University, proposed to the Soviet Union ending nuclear weapons testing.

If Trump and Kim are wise, they will follow up on JFK's test ban proposal to strengthen their own peace effort. 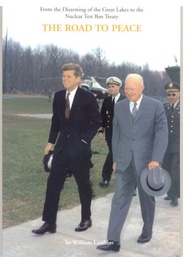 Let's begin with the fact that North Korea has just dismantled its nuclear test site.  Why not take the next step and end all nuclear testing forever on the Korean peninsula and beyond.

North Korea (DPRK) should ratify the Comprehensive Nuclear Test Ban Treaty (CTBT), which bans all nuclear test explosions. So too should the United States, which is one of the treaty's eight hold out nations. The United States, North Korea, China, Egypt, Israel, Iran, India, Pakistan are the remaining “Annex 2” countries which are required to ratify before the treaty can take effect.

The planned June 12 summit in Singapore was suddenly called off by Trump, but now it's back on again.  We need to build some momentum to get diplomacy moving forward. The CTBT offers this opportunity and would aid the process of verifying a nuclear free Korean peninsula.

Banning nuclear testing has long been seen as first step toward disarmament. President Dwight Eisenhower originally proposed such a treaty as a first step toward getting out of an expensive and dangerous arms race. Eisenhower said “if you could have now a ban on all testing that everybody could have confidence in, it would be a very, very fine thing to stop this--for this very reason, if no other: it is a very expensive business.”

Enter John F. Kennedy as Ike's successor. JFK followed Ike's lead and worked hard to achieve an end to nuclear testing. This was during some of the tensest years of the Cold War, including the Cuban Missile Crisis.

The Soviet Union placed nuclear missiles in Cuba. Days of a tense standoff, which included nuclear tests, followed. Diplomacy eventually prevailed and within a year JFK had secured the Limited Test Ban Treaty with the Soviets banning atmospheric, underwater and outer space blasts. Underground tests could continue. So we need to finish the job today of ending all nuke tests. It’s long overdue.

North Korea has conducted six nuclear weapons tests since 2006, each time raising fears of war. The regime's nuclear program has not only caused international tension, but has come at the expense of its starving people.

Over ten million of North Korea’s citizens are undernourished according to the UN World Food Program. A disarmament peace deal in North Korea should get precious resources back to the people so they can eat and overcome poverty.

There is much to gain from a nuclear free North Korea in terms of peace and development.  But this will take a highly developed verification process over many years.

The CTBT features an international monitoring system to detect secret nuclear tests. Getting the treaty into force will make this verification regime fully active. This will help the process of getting North Korea to abandon nuclear testing and its weapons program.

The CTBT Organization also has formed a group of activist college students who are advocating for the treaty. Following North Korea’s announcement, the CTBTO Youth Group stated “We remind the world that closing a test site is not the same as closing the door to nuclear testing, globally, once and for all. To move further in the right direction, the Comprehensive Nuclear-Test-Ban Treaty (CTBT) must enter into force.”

The youth group is a powerful movement to end nuclear testing, and one that everyone can support.

Ending nuke tests would help create the conditions for the elimination of the arsenals themselves. We would be better off if all nations started reducing their nukes.

Instead there is a scary trend with the U.S., Russia and other nuclear powers looking to upgrade and spend more on their arsenals. If nuclear testing were to resume by any nation, it would escalate any potential arms race.

The United States has not tested a nuclear weapon since 1992. The current arsenal is maintained by computer technology called the Stockpile Stewardship program.

Daryl Kimball, the director of the Arms Control Association, says "The United States no longer has a technical or military need for nuclear explosive testing and it is clearly in U.S. national security interests to prevent other states from testing, which would create new nuclear tensions and enable advances in other states’ nuclear weapons arsenals."

Senate ratification of the CTBT and President Trump’s signature should be relatively simple.

We may still have a historic opportunity to disarm North Korea’s nuclear program. But we need to build the bridge toward nuclear disarmament first in Korea and around the globe. The Comprehensive Nuclear Ban Treaty is the next vital step on the road to peace and disarmament.