When the Holocaust Came to the Middle East

Edwin Black is the New York Times bestselling author of IBM and the Holocaust, and the prize-winning book The Farhud—Roots of the Arab-Nazi Alliance in the Holocaust. In 2015, Black organized and founded International Farhud Day. 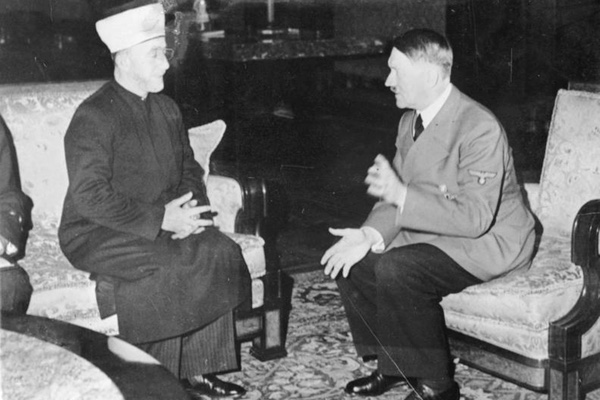 When International Farhud Day was proclaimed at a conference convened at the United Nations headquarters on June 1, 2015, its proponents wanted to achieve more than merely establish a commemoration of the ghastly 1941 Arab-Nazi pogrom in Baghdad that killed and injured hundreds of Iraqi Jews. Farhud means violent dispossession. The Farhud was the first bloody step along the tormented path to the ultimate expulsion of hundreds of thousands of Jews from across the Arab world. That systematic expulsion ended centuries of Jewish existence and stature in those lands. 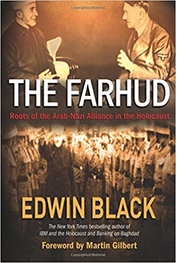 Jews had thrived in Iraq for 2,700 years, a thousand years before Mohammad. But all that came to end when the Mufti of Jerusalem, Haj Amin al-Husseini, led the broad Arab-Nazi alliance in the Holocaust that produced a military, economic, political, and ideological common cause with Hitler. Although Husseini spearheaded an international pro-Nazi, anti-Jewish Islamic movement from India to Central Europe to the Middle East, it was in Baghdad—a 1,000-kilometer drive from Jerusalem— that he launched his robust coordination with the Third Reich.

In 1941, Iraq still hosted Britain’s Anglo-Persian Oil Company, which controlled the region’s oil. Hitler wanted that oil to propel his invasion of Russia. The Arabs, led by Husseini, wanted the Jews out of Palestine and Europe’s persecuted Jews kept away from the Middle East. Indeed, Husseini persuasively argued to Hitler that Jews should not be expelled to Palestine but rather to “Poland,” where “they will be under active control.” Translation: Send Jews to the concentration camps. Husseini had visited concentration camps, where he had been hosted by the architect of the genocide, Heinrich Himmler. The Mufti considered Shoah engineer Adolf Eichmann not only a great friend, but a “diamond” among men.

Nazi lust for oil and Arab hatred of Jews combined synergistically June 1–2, 1941 burning the Farhud into history. Arab soldiers, police, and hooligans, swearing allegiance to the Mufti and Hitler, bolstered by fascist coup plotters known as the Golden Square, ran wild in the streets, raping, shooting, burning, dismembering, and decapitating. Jewish blood flowed through those streets and their screams created echoes that have never faded.

The 1941 Farhud massacre, which was launched in tandem with an attempted takeover of the British oil fields and London’s airbase at Habbaniya, set the stage for the Mufti-Hitler summit and the establishment of three Islamic and Arab Waffen SS divisions in central Europe under Himmler’s direct sponsorship. After the State of Israel was established in 1948, Mufti adherents and devotees throughout the Arab world, working through the Arab League, openly and systematically expelled 850,000 Jews from Morocco to Lebanon. Penniless and stateless, many of those refugees were airlifted to Israel where they were absorbed and became almost half the families of Israel.

Remembering the tragic facts of the Farhud process will make it harder for the newly invented history to take root. After the Arabs rebranded themselves as “Palestinians” in May 1964 with the backing of the Soviet KGB, a new narrative began to come together. In part, it pretends that the Arabs of Ottoman and then British Palestine did not arrive in the Seventh Century during the Arab-Islamic Conquest, as history records. Their narrative now asserts that are actually descendants of the Canaanites and the Philistines. Palestine is named for the Philistines. After the Jews were expelled by the Romans in about 135-136 CE, the name of their nation was changed from Judea to Syria Palaestina. But in truth, the Israelites gave rise to the only true surviving Canaanites. The Philistines were Greek Island sea invaders defeated by Ramses III in about 1150 BCE and sequestered into the Gaza Pentapolis, not Arabs from the Arabian Peninsula who conquered in the seventh century CE.

Invented Palestinian history also asserts that present-day Israelis are almost entirely transplants from such alien regions as the Ukraine, Poland, Brooklyn, and Germany—or descendants thereof. Remembering the Farhud helps us understand that almost half the early Jewish families in newly declared Israel were not from across the sea, but rather from across the river, across the bridge, down the road, and plucked from the same culture.

What’s more, the fabricated Palestinian history laments that Palestine became just a consolation prize for the Holocaust—a tragedy that either never occurred or was a purely European misdeed for which Arabs are not responsible and in which they were not involved. Remembering the 1941 Farhud and the Arab-Nazi alliance that sparked it, locks in Arab involvement in the Holocaust as one of full partnership with the Third Reich. This Nazi-Arab alliance thrived, complete with tens of thousands of Islamic and Arab volunteers arduously fighting in the trenches, coordinating diplomatic and strategic affairs through the Arab Higher Committee, broadcasting nightly incendiary hate messages beginning with words “Oh Muslims,” and undertaking all things calculated to advance a German victory, which promised an Arab state in Palestine and a disappeared Jewish population.No wonder the Arab marketplaces were filled with placards that exhorted, “In Heaven, Allah is your ruler. On Earth, it is Adolf Hitler.”

The established and incontrovertible facts chronicling the Arab world’s deep and enthusiastic anti-Jewish alliance with the Third Reich during the Holocaust, which exploded into the Farhud, plus the subsequent population shift that Arab governments engineered to expel 850,000 of their own Jewish citizens, make it impossible to weave a fabric of invented history. Recognizing, remembering, and reminding the world of those facts on International Farhud Day, June 1, will help all participants and observers of the Arab-Israeli conflict confront the true legacy that has helped create today’s stalemate. Recognition is the first step along the painful path toward reconciliation.