Victoria W. Wolcott is Professor of History at the University at Buffalo, SUNY, and the author of Remaking Respectability: African-American Women in Interwar Detroit. Her latest book is Race, Riots, and Roller Coasters: The Struggle over Segregated Recreation in America(University of Pennsylvania Press). 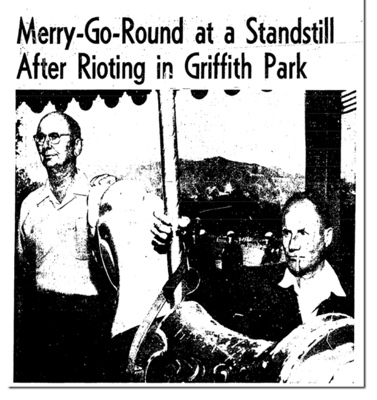 Memorial Day traditionally marks the beginning of summer. It is a day laden with hopes for a fun-filled summer, but also a day of reflection about summers past. Those memories, however, differ across America’s color line. These differing summer memories may help us unravel a seeming contradiction in this year of anniversaries. In the past decade, culminating in the current reflection on the tumultuous events of 1968, the media has run countless stories on major civil rights milestones. Yet, those same outlets have also run stories on whites discomfited by the mere presence of blacks in public spaces, at a Philadelphia Starbucks, a Yale dormitory, and a public park in Oakland. These incidents are explicable only in the context of another rarely acknowledged history. Throughout the country in the decades following World War II some whites met the presence of African Americans in spaces of recreation with violence and disgust. 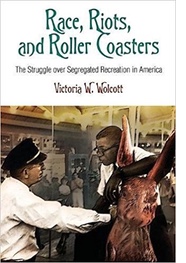 In cold climates Memorial Day has traditionally been opening day at amusement parks. Such was the case on Memorial Day 1956 at Crystal Beach, an amusement park across Lake Erie from Buffalo, New York.Although the park was never formally segregated, substantial numbers of African Americans did not visit the park before the 1950s, when black southern migration to the city dramatically increased.

On opening day thousands of young Buffalonians, white and black, scrambled on to the Candiana, the large steamer that ferried customers to the park. That afternoon and into the evening racial violence spread through the park and on the Canadianaas whites defended their “turf” from the new black migrants.

Similar confrontations broke out at other parks newly integrated as a result of civil rights demonstrations, increased migration, or changes in the law. Fontaine Ferry Park in Louisville, Glen Echo Park outside of Washington, D.C., and Gwynn Oak in Baltimore all experienced racial turmoil in the civil rights era.

These confrontations continued in later years. On another opening day in May, 1965 groups of African American youth from Newark entered the Olympic Park in Irvington, New Jersey, which had been segregated through the 1950s. The owners closed the park early and stranded the youths, who were awaiting buses home. The resulting unrest led to fears among local whites about marauding black teenagers and the park closed at the end of the season. This was the pattern at most traditional urban amusement parks. By the early 1970s owners allowed integrated parks to decline and sold the valuable land to the highest bidder.

Memorial Day 1961 saw another racial clash at a recreational site, a merry-go-round in the center of Los Angeles’s Griffith Park. By the early 1960s blacks routinely challenged white domination at Griffith Park, even on the coveted merry-go-round, long reserved for white families. On Memorial Day dozens of Los Angeles police carefully watched picnicking African Americans and had designated a special patrol for the merry-go-round. In the late afternoon the carousel operator accused a black teenager of failing to pay for his ticket. The teen denied the charge and refused to dismount, prompting officers to drag him off his horse and beat him mercilessly. African American teenagers quickly gathered, tearing him away from the arresting officers. The police began to beat them indiscriminately, and black youths responded with bottles, rocks, and explosions of rage. They repeatedly shouted, “This is not Alabama!” Police then blocked all park entrances and demanded that it be vacated. The Griffith Park clash coincided with the 1961 Freedom Rides, when white mobs and southern police brutalized interracial protestors in Alabama and elsewhere in the South. In Los Angeles, as in Birmingham and Selma, black families wanting to use public accommodations were met with blows.

Amusement Park riots and public park clashes are not part of our lexicon of anniversaries. But understanding the violence black families seeking to enjoy the early fruits of summer experienced is essential if we are to understand our current historical moment. They point to an accumulation of racial conflict that sustained segregation and constructed a racialized landscape.

Whites and blacks alike coveted summer recreation, with its association with childhood and unrestrained leisure. But through much of the twentieth century recreational facilities promoted themselves as “safe” and “clean” by excluding African Americans. When integration came whites devalued those facilities and fled to private pools, suburban theme parks, and their own backyards. But the legacy of twentieth-century segregation remains with us when whites defend “their” spaces, whether an Oakland park or a Philadelphia Starbucks.