Is It Ok to Attack the Patriotism of Those with Whom We Disagree?

Gregory A. Daddis, associate professor and director of the MA Program in War and Society studies at Chapman University, is author of Withdrawal: Reassessing America’s Final Years in Vietnam (Oxford University Press, 2017). 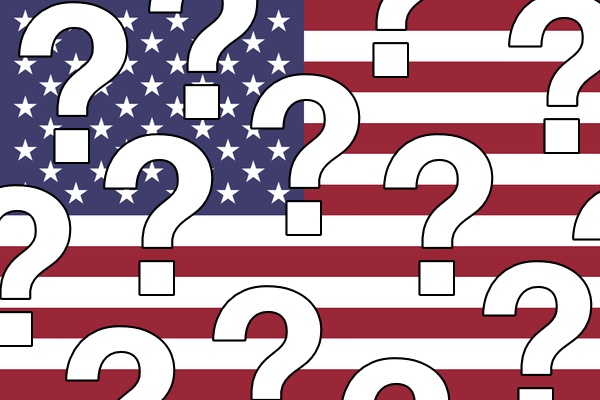 More than six months after its release, the epic documentary The Vietnam Warby Ken Burns and Lynn Novick continues to elicit strong reactions. Mark Moyar, of the Center for Strategic and International Studies (CSIS) in Washington, DC, recently lambasted the filmmakers for depicting a war that was “unjust, unnecessary, and unwinnable.”

Moyar, though, went a step further, railing against the film’s “aversion to American exceptionalism and patriotism [which] has pervaded too much of our society since the Vietnam War.” The critique was hardly an outlier. At a CSIS panel discussion not long after the documentary aired, Lewis Sorley, a Vietnam veteran, came to a similar conclusion. “Clearly, Burns does not much like America,” Sorley groused, “an outlook that permeates his work.” 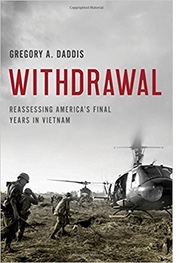 Such criticisms, coming from two gentlemen considered to be scholars of the Vietnam War, should compel us to ask a fundamental question in today’s heated political environment. Why has it become so fashionable to attack the patriotism of those with whom we disagree?

Having had the privilege of working as an advisor on The Vietnam War, the last thing I considered was that Ken Burns and Lynn Novick might not be patriotic Americans. To the contrary, they, and their chief writer Geoffrey Ward, were thoughtful, introspective, and committed to telling as meaningful a story as possible. It should not surprise that given the contentiousness of their topic—the tragedy of Vietnam continues to embitter—the film would incite both praise and criticism.

Yet Moyar and Sorley were tapping into something far more pernicious. Theirs was not a critique based on the merits of the argument, but rather an ad hominem attack on the filmmakers’ devotion to their country.

Moreover, these attacks aligned with another strand of prevailing criticism—denigrating “intellectuals” whose liberal tendencies supposedly color their worldviews. When a roundtable review of Max Boot’s latest book, The Road Not Taken, raised serious questions about his methodology and findings, Boot used Twitter to denigrate “a bunch of academics using trendy jargon to nitpick my book.” To Boot, these “well-credentialed scholars” (placed in quotation marks to accentuate his scorn) offered “a perspective of interest only to fellow pedants.”

Yet the reviewers indeed were respected scholars. I was proud to have been part of a discussion alongside eminent historians such as Heather Marie Stur, Mark Atwood Lawrence, and Walter Ladwig. Their observations were important, well-reasoned, and objective in both tone and argument. Boot’s reply seemed, at least to one Twitter commenter, “dismissive” and “condescending.”

Of course, attacking one’s patriotism and intellectualism are nothing new. During the mid-1990s, the Smithsonian’s curators hoped to run a World War II exhibit, centered on the Enola Gay, that placed the decision to drop the atomic bomb into a more nuanced context, one that highlighted Japanese voices, as well as American ones.

Yet a controversy erupted wherein conservative politicians like Newt Gingrich and right-wing commentators like Rush Limbaugh levied charges that the Smithsonian’s managers had “hijacked history” and were “anti-American.” As historian Michael Sherry has argued, these defenders of a “patriotic orthodoxy” went on the offensive because they “imagined themselves besieged by political correctness.” When Republican lawmakers ultimately threatened to cut the Smithsonian’s funding, the planned exhibit died an unceremonious death.

These “history wars” matter, for the United States is embarking upon a series of decisions that may very well shape the Trump administration’s foreign policy for the remainder of the president’s time in office.

There seems little doubt that any nuclear summit (if it now ever occurs) between the United States and North Korea will generate heated discussion among politicians, television pundits, and foreign policy scholars. President Trump’s decision to withdraw from the Joint Comprehensive Plan of Action and consider re-imposing sanctions on Iran already has engendered both commendation and condemnation.

Our nation, however, will only suffer if, in Chris Hedges’s words, we brand those questioning our own political beliefs as engaging in “unpatriotic, intellectual treason.”

This requires all of us to reconsider how we disagree with our fellow American citizens. Far too many have fallen for the allure of attacking the patriotism of those with whom we disagree. Thus, former NFL quarterback Colin Kaepernick can be deemed “unpatriotic” for kneeling during football games to protest police violence against African Americans. Or President Trump  himself could attack Democrats for not applauding enough during his State of the Union speech as “un-American” and “treasonous.”

Intellectual debates are not unpatriotic. In truth, a functioning democracy can only succeed if engaged citizens are willing to deliberate objectively, listen respectfully, and consider the possibility that more than one version of patriotism exists in our immensely multifaceted American society.