James Thornton Harris is a regular contributor to HNN.

Stephen Aron, PhD. Is Professor and the Robert N. Burr Department Chair of the Department of History at the University of California, Los Angeles. He also served for twelve years as the founding executive director and then chair of the Institute for the Study of the American West at the Autry Museum in Los Angeles. He is the immediate past president of the Western History Association and the author of numerous articles and books, which include The American West: A Very Short Introduction(Oxford University Press); American Confluence: The Missouri Frontier from Borderland to Border State(Indiana University Press) and How the West Was Lost: The Transformation of Kentucky from Daniel Boone to Henry Clay(Johns Hopkins University Press). He is currently working on a book with the working title Can We All Get Along: An Alternative History of the American West. 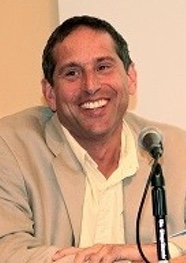 President Trump built his 2016 campaign around the promise that he would “build a wall and make Mexico pay for it.” Does this demand for a massive physical barrier along the Mexican border have any historical precedent?

Although there’s no historical precedent in North America for a physical barrier of the kind that Donald Trump has proposed, he is hardly the first to seek to curb and control the movement of people and goods across the U.S.-Mexico border. Not surprisingly, U.S. history textbooks focus almost exclusively on the immigration restrictions that were initiated and implemented by the United States. That usually means some paragraphs or pages devoted to the Chinese Exclusion Act of 1882 and to the “National Origins” quotas enacted in the 1920s that aimed to curtail immigration from southern and eastern Europe.

What almost never gets into our textbooks is a deeper and broader history that incorporates what happened on the other side of the border. For that, we would need to excavate Spanish policies that, following mercantilist principles, sought to limit goods imported directly from the United States into its Mexican colony. It would also take note of the decision by leaders in newly independent Mexico to loosen trade policy, as well as to encourage immigration from the United States into Texas in the 1820s and 1830s.

That episode (or at least how it set in motion the annexation of Texas) does get into U.S. textbooks. What doesn’t are the lessons that many Mexican leaders drew and the efforts they undertook to forestall a repetition of what had happened in Texas in other northern provinces of Mexico. In that regard, it opens more than a few eyes to be reminded of the alarms raised by Mexican officials in California and New Mexico about the uncontrolled flow of undocumented immigrants from the United States into their domains.

Immigrants from the United States, worried Mexican authorities, were dangerous because they were well-armed, failed to assimilate into Mexican society, refused to learn Spanish, and even carried the U.S. flag in public parades. As Pio Pico, who turned out to be the last Mexican governor of California put it, if some way were not found to arrest the influx of Americans, Mexicans would “become strangers in our own land.”

To be sure, neither Pio Pico nor any other Mexican official contemplated building “a big, beautiful wall.” Nor could they really hope to marshal the forces necessary to patrol a long land border. Still, with their concerns brought into the mix, it does seem to exemplify Mark Twain’s reflections that “history doesn’t repeat itself, but it rhymes.”

In your book The American West: A Very Short Introduction, you devote a chapter to “The Whitening of the West.” This process started after the War of 1848 and the establishment of the current border with Mexico. You write that “the reconstruction of the West as American entailed the remaking of race relations ….and the consolidation of an industrial capitalist order.”

Is the current political debate over immigration from Mexico a continuation of this trend? Is it still a struggle over race relations and the “whitening” of the West?

The historian Richard White once remarked that absent its multi-racial population, the West might as we be “New Jersey with mountains.” By that, White was calling attention to the ways in which the West’s greater ethnic diversity complicated thinking about race in the United States and created new questions about who was entitled to enjoy the privileges that came with being designated as white. For Mexicans living in the territories that became part of the United States as a result of the war between the United States and Mexico, the Treaty of Guadalupe Hidalgo supposedly guaranteed many of those privileges. Yet the darker complexions (and non-European ancestries) of many Mexicans contradicted their claims to “whiteness,” at least as far as many white Americans moving into the ceded territories were concerned. In the second half of the nineteenth century, the white American majority found various ways to turn their racial bias into practices and policies that discriminated against Mexican-Americans. For the most part, those discriminations persisted in the twentieth century.

Recent decades, however, have witnessed demographic shifts that have turned the majority over in parts of the West, especially in those parts that were once Mexico. With that, political pressures and legal challenges have mounted and have dismantled some of the scaffolding upon which white privilege has rested. And if demography is destiny, then projections suggest that the practices and policies that accompanied the whitening of the West in the last half of the nineteenth century will further recede during the first half of the twenty-first century.

Of course, historians are rightly cautious about predictions. Or we’re much more comfortable predicting the past than forecasting the future. The demographic projections upon which the continued “de-whitening” of the West rest, after all, presume levels of immigration that would not continue if Donald Trump has his way. And the political and legal transformations that supposedly follow demography are also hardly assured. That is, as historians know, trends and the changes they may bring are not manifestly destined.

You are currently serving as chair of the Department of History at UCLA. Los Angeles County now has a Latino majority and is home to a large number of undocumented workers and students. What do you see as the role of a major university in the current national debate about immigration policy?

As your question makes clear, debates about immigration policy hit close to home at UCLA and in Los Angeles County. The University of California has issued a Statement of Principles that reaffirmed “its commitment to vigorously protect the privacy and civil rights of our undocumented students as we do all members of our community.”

I don’t want to speak for what more the University of California can do, but I would put forward what I hope the UCLA History Department will do (and is doing). And that is to make sure that historical perspective and insights is brought to bear in these debates – to remind those making policy of how we got to where we are and to highlight the rhymes that should inform decision-making. To this end, I’m particularly excited by the work being undertaken by our newly-established Luskin Center for History and Policy. The Center’s mission “is to generate and promote historically informed discussions of key public policy issues.” At this juncture, immigration should certainly be near the top of the Center’s agenda of key issues.

I’m hopeful too that more historians are taking up the call to bring their knowledge more directly to bear on present policy matters. Back in February, the Luskin Center sponsored a summit meeting that assembled representatives from institutions around the country that are also now working at the intersection of history and policy. That gathering yielded valuable insights about the different approaches being taken and, more important in my view, fostered a commitment to collaborations that are crucial to making history matter more to policymakers.

Although I’m optimistic, I’m mindful of the challenges we face in pursuing the mission of the Luskin Center for History and Policy. As I noted, with good reason, historians are rightly skeptical about translating what happened in the past into projections about the future, and that’s sometimes what policymakers expect.

I also know that in addition to working together, we also need to make sure that our contemplations welcome a wide range of voices. In my years at the Autry, I learned the importance of museums remaining “safe places to ask unsafe questions.” That should be true too for universities, though it’s a commitment that necessitates we engage with discordant views that push us out of our comfort zones.