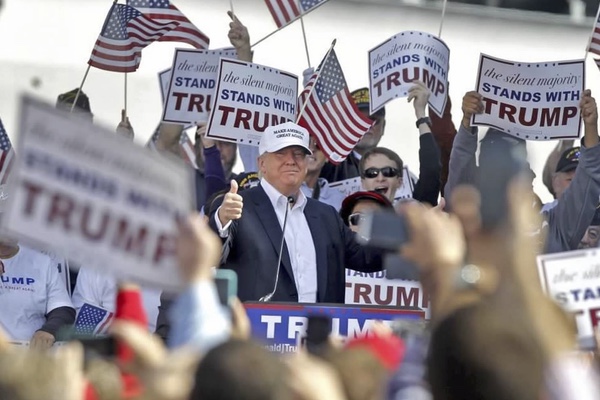 Related Link “We Used to Think Only Other Countries Suffered Crises of Political Legitimacy” By Richard F. Miller

“It was the best of times, it was the worst of times.”And so Charles Dickens opens A Tale of Two Cities, an iconic read about how French and English elites faced the challenges of revolution and war. For American elites, A Tale should also resonate today. By every metric of wealth and power, elites live in the best of times. The top 10% of the U.S. population controls over 75% of the nation’s wealth, a figure not seen since the eve of the 1929 stock market crash. And a growing administrative state and the digital revolution have concentrated power and information control in ways that early Federalist elites would only envy.

Yet, listening to today’s elites, especially the dominant bien pensant faction, we are in the worst of times. Elite discourse on Twitter and Facebook or in theAtlantic, the New York Times, Slate, or theWashington Post, discloses tales of personal woe, looming fascism, nuclear war and, and threats from Hillary’s Clinton’s “basket of deplorables,” in which reside the “racist, sexist, homophobic, xenophobic, [and] Islamaphobic.” Mrs. Clinton put “half of Trump’s supporters”into this basket; based on the 2016 vote, they totaled 31.5 million people, once quaintly known as “my fellow Americans.”

It wasn’t always like this. Well within living memory were leaders who inspired confidence during the Great Depression, won World War II, and between 1945 and 1974 presided over the greatest economic expansion in U.S. history. To be sure, there were profound legitimacy deficits. These included racial apartheid, restrictive gender roles, and hard lives for gay Americans. But that same elite also decided Brown v. Board of Education, sent the 101st Airborne to Little Rock, and enacted the 1964 Civil Rights Act. It was a time of high elite legitimacy.

But cracks in that legitimacy soon appeared. The Vietnam War (The Best and the Brightest), Watergate (All the President’s Men) were followed by the Church Committee’s exposure of CIA and FBI lawlessness. These sowed seeds of deep suspicion about law enforcement and intelligence agencies that still linger. However, after the mid-70s and for the next twenty years, elite legitimacy stabilized despite occasional dents from the late ‘70s gas crisis and stagflation, the Iran-Contra Affair, and Bill Clinton’s Oval Office misbehavior.

During this period our two party system helped preserve elite legitimacy. Parties channel popular disaffection into binary political action. Parties argue that poor state performance is due to the other party’s elites; it is perpetually assumed that “our” party’s elites will, if elected, make the necessary reforms. But when both parties converge around issues that entail massive winners and losers—say racism between Reconstruction’s failure and the Civil Rights revolution or globalism today—the losers find themselves without a voice.

Here the advent of the “culture wars”—gay rights, abortion, and gun control—did our political parties no long-term favors. While these issues preserved certain differences between the parties, they also cleared large spaces for convergence on other issues, in particular, free trade, war, and elite economic corruption. Elite legitimacy began its slow motion crash with fundamental economic and technological changes such as automation and global competition as well as bipartisan majorities favoring NAFTA and free trade policies. These contributed to U.S. deindustrialization while sharply diminishing elite voices representing Americans who lost by these policies.

State performance further suffered during the Iraq War, which failed to uncover suspected stockpiles of WMDs that the Bush administration had used to rationalize the invasion, before facing a kind of war for which it was unprepared. The ’08 Meltdown, the bipartisan endorsement of Too-Big-To-Fail, and almost no prosecutions for financial misdeeds gave rise to the belief that bipartisan financial and political elites faced no accountability while blue, gray and white-collar jobs vanished along with homes and IRAs. The principal state performance failure of the Obama years was Obamacare, a major reform passed on a party-line vote. Its disastrous implementation and questionable sustainability unfolded in sharp contrast to various elite promises that the media retailed with little skepticism.

Since the Cold War a global elite consensus had gelled around Neo-liberalism’s belief that a state’s highest function was to act as a clearinghouse for global commerce. If this were true for goods and services, it was thought, it was also true for labor. But the resulting immigration experience proved to be the accelerant for a smoldering delegitimization of elites that had been underway for decades. Immigration, like deindustrialization, produced winners and losers. In a self-reifying epistemic failure bien pensant elites decided most doubts about immigration were publicly verboten. Instead, a conviction arose that those hurting from wage stagnation and job competition by technological changes and free trade were actually enthralled by a “false consciousness,” were “bitter clingers” or just retrograde whites unwilling to surf history’s arc. Until Trump’s arrival, public debate about immigration had been silenced for years. As Trump proved, skin cancer doesn’t disappear because makeup covers the lesions.

Political parties are increasingly unable to channel popular disdain for elites. And that disdain is now bipartisan. Many of Bernie Sanders’s supporters believe that their candidate was cheated out of victory by moles posing as neutral DNC officials who acted on instructions from the Clinton campaign. Trump declared repeatedly that the election was rigged, and nothing his supporters have learned since about the FBI or DOJ has convinced them otherwise. Populist Republicans label their own legislative leaders as “cucks” while many Democrats deride their party leaders as “neoliberals.”

We could use an updating of Karl Marx’s Theory of Alienation. The very things that make this the best of times for elites—the concentration of wealth and power, information control, symbiosis between global corporations and expanding government, and the sometimes ruthless administrative state—have engendered a new form of alienation, that “they” no longer represent “us.” And any solution must begin with the recognition that, to paraphrase a prominent historian of Jacksonian America, we don’t live in the Age of Trump; rather, Trump belongs to our age.