Are Historians Still Ambivalent About Getting Published Online?


by Robert B. Townsend

Robert B. Townsend oversees the Washington, DC, office of the American Academy of Arts and Sciences and the Humanities Indicators. An earlier version of this analysis was presented at the March 2016 conference “Crossroads: The Future of Graduate History Education.” 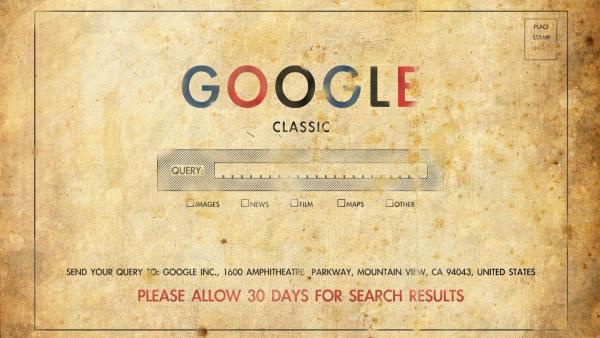 As earlier reportson historians’ use of technology demonstrated, most historians are gathering materials, analyzing their findings, and writing their scholarship in digital form. Curiously, however, a national survey in fall 2015 found that much of the profession remains skeptical about the value of disseminating their scholarship electronically (aside from digital versions of their print publications).

As of 2015, 26% of historians had reportedly published their work online (which was up substantially from the 20% among respondents in a similar 2010 survey), but the share with publications was less than half the share (58%) of historians who reported they had considered publishing their work online. (The latter was essentially the same share as in 2010.)

Among those who had not published something online, this ambivalence appeared to arise from two principal sources—personal doubts about the value of this form of work, and a larger sense that there is little professional appreciation or credit for this form of work. Attitudes on these questions were largely unchanged from 2010 to 2015; this despite efforts by the American Historical Association to promote online publication extending back to the 1990s, and culminating in the AHA’s “Guidelines for the Professional Evaluation of Digital Scholarship by Historians,” which was published shortly before the survey responses were collected.

Since the 1990s proponents of online publication in the discipline (including the present author) have assumed that generational change would bring about a shift in attitude on these questions, as “digital natives” entered the profession. The 2015 survey offers little support for that assumption. Younger historians (those below the age of 46) were no more likely than their older counterparts to have considered publishing their work online, and they were less likely than their older colleagues to have published their work electronically.

The survey did offer some evidence that receiving tenure freed faculty to both consider and publish their work online. Mid-career historians (those ages 46 to 55), were the most likely to have considered publishing their work online (65%), and also had the highest reported share of those who had published their work online (29%).

Among the three-quarters of historians who had never published their work online, almost seven in 10 cited the lack of scholarly recognition and prestige for that form of publication—26 percentage points higher than the share who expressed a preference for print (fig. 1). (Respondents could select more than one reason for their preference.) Around 20 percent of respondents cited doubts that the work would improve the article or book, or noted that it seemed difficult enough to write for print publication. 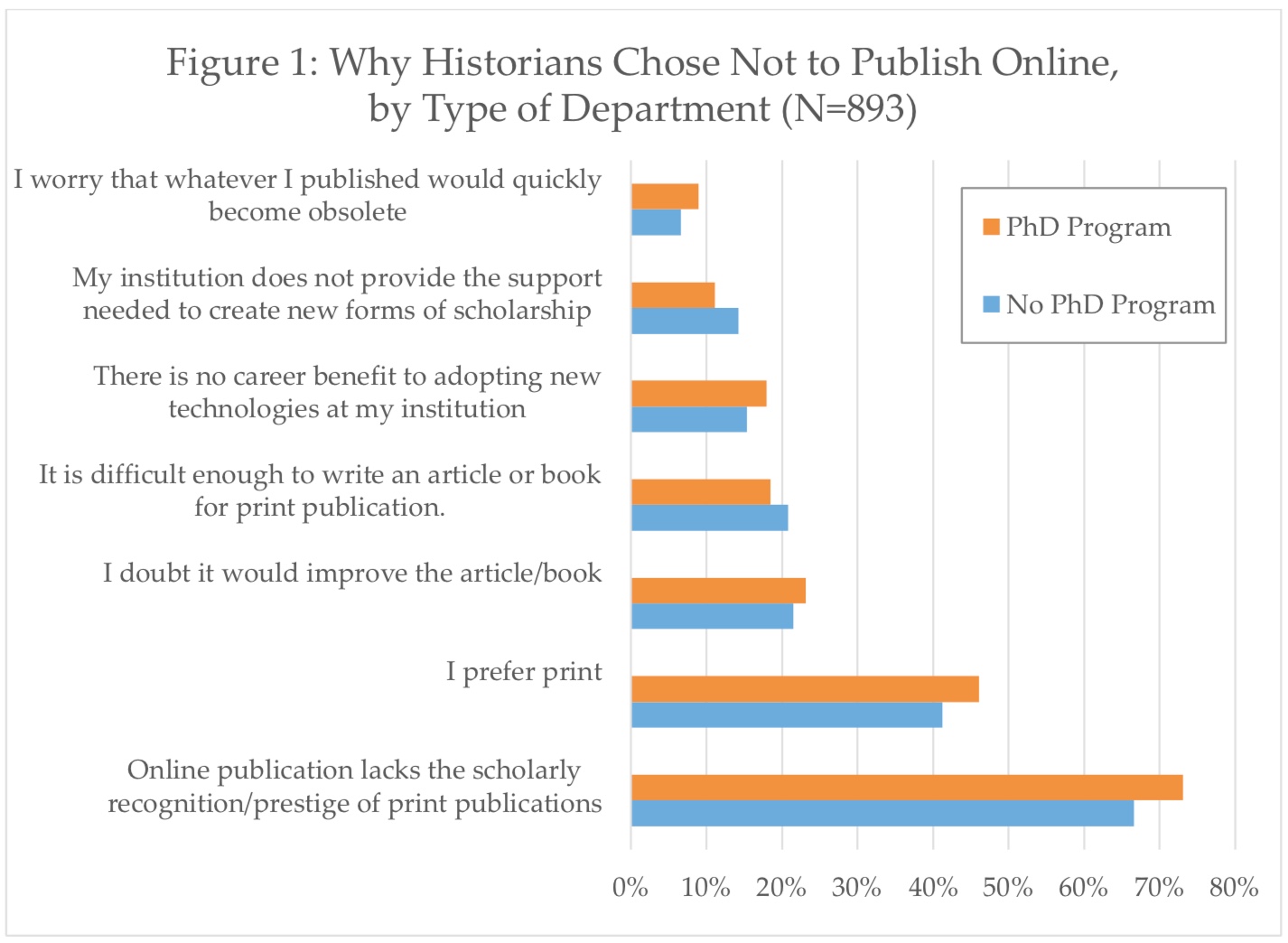 There was a notable difference—not evident in the 2010 survey—between those who had given serious consideration to online publication and those who had not in their reasons for not publishing online. Among those who said they had never considered online publication, almost 80% cited the lack of scholarly prestige, and 58% noted a preference for print. Among those who had given online publication serious consideration, the lack of scholarly prestige was less of a factor (though still cited by 58%), while only 25% cited a preference for print. Among the latter group, comparatively large shares cited a lack of support from their institutions (13%), and almost 20% cited other factors, most often the opportunity or outlet for this type of work. As one respondent noted “I have not sought out the opportunity and it has not presented itself to me.”

Among the quarter of historians reporting that they had published some of their scholarship online, the opportunity to reach a wider audience in the public and among their peers was the most important consideration (fig. 2). 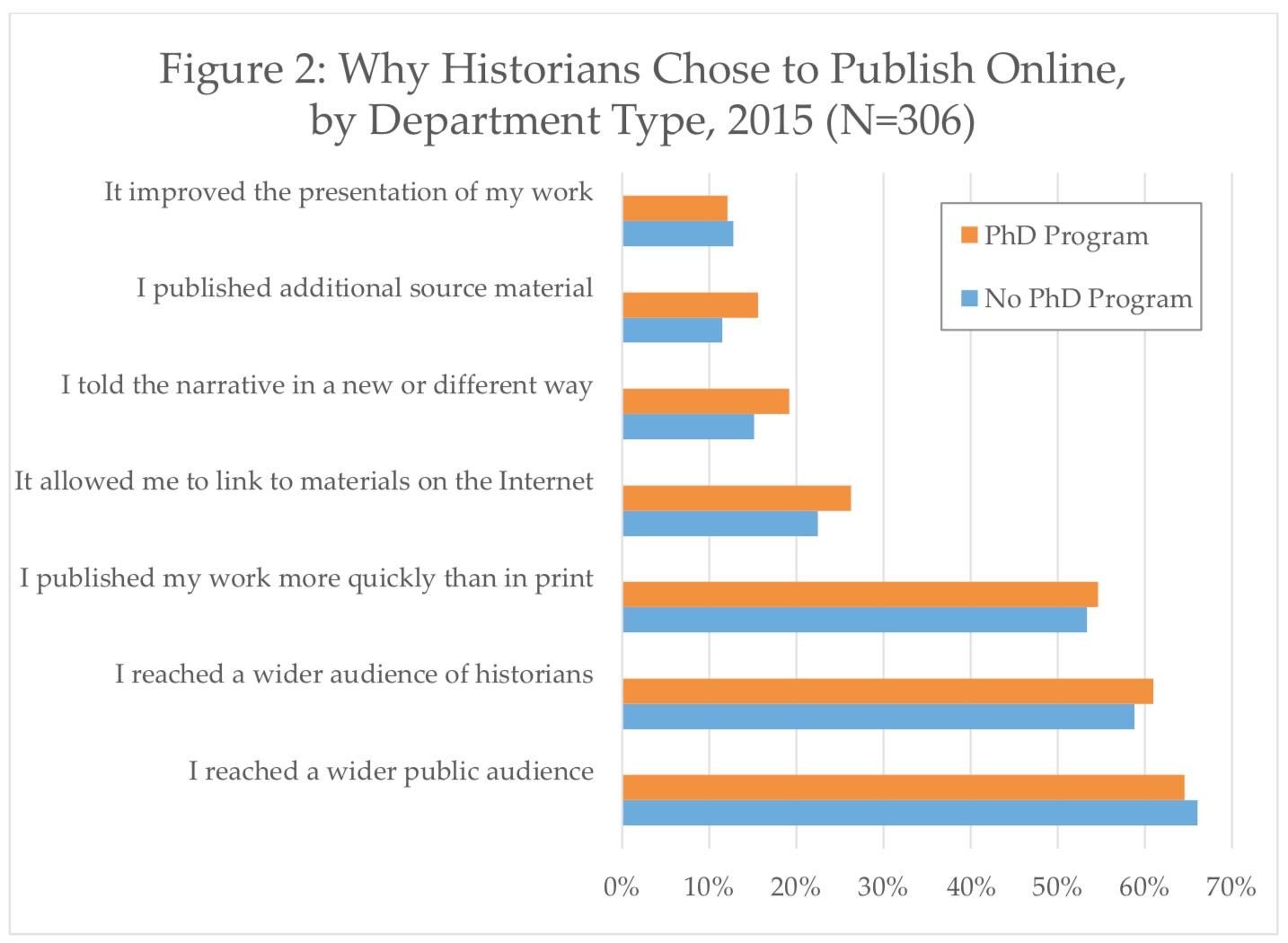 The appeal of reaching a wider audience increased modestly from 2010, when 58% of respondents cited it as a reason for publishing online (the same share, in that survey, as those citing a faster time to publication). The opportunity to reach an audience of other historians had the largest increase from 2010, jumping 12 percentage points (from 48% of respondents). The share of historians citing the opportunities provided by the medium—to link to other materials, or tell the narrative in a new or enhanced way—was essentially unchanged from 2010 to 2015.

To explore the concerns about perceptions in the field, a second set of questions in the survey asked about the perceived value of particular activities or work for tenure. These findings seem to validate the concerns of those who had not published their work online. As in past surveys, this study found historians feel print publication is the key to tenure in most academic settings. More than 90% of the historians indicated that an article or monograph in print was valuable for tenure, while less than a quarter said the same about publishing either type of publication in electronic form. 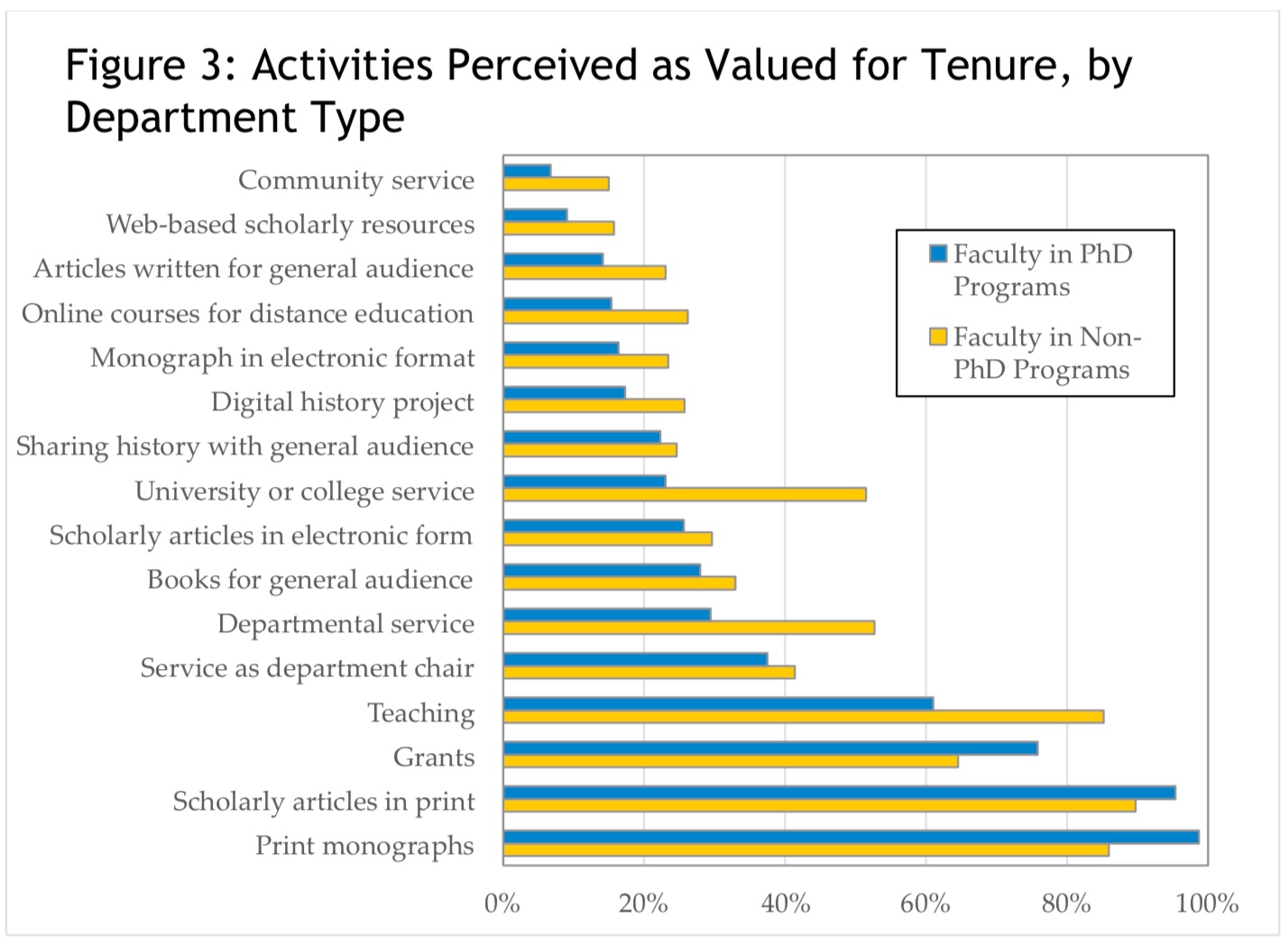 Viewed by the type of department in which the faculty member was employed, substantial differences appeared in the perceived value of particular activities for tenure. Among faculty at both PhD- and non-PhD-granting programs, most historians characterized print publications as valuable for tenure. Barely one-in-five historians felt digital monographs or digital history projects would be valued for tenure, though a slightly larger share of historians employed at programs that do not grant a history PhD thought they would have some value for tenure decisions. There was a 5 percentage point gap on the question about scholarly articles, and a 13 percentage point gap on the question about print monographs.

The 2010 survey did not ask similar questions about tenure, though a survey of departmentsby the Humanities Indicators suggests this concern may be overstated. Nevertheless, the overall findings—particularly the personal preference for print by a majority in the discipline—points to an ongoing challenge for those advocating for forms of scholarship that take advantage of new media.