Remember the Late Sun Myung Moon? A Remnant of His Church Is Now Pro-Trump.

At the end of February, Americans following the national debate over gun control were treated to a surreal sight: worshipers at a church north of Philadelphia called the World Peace and Unification Sanctuary arrived for a blessing ceremony carryingAR-15 rifles. In the wake of a series of civilian shootings, this seemed wildly, even intentionally, provocative: political, some said, rather than really religious. That, of course, depends on where the boundaries of “religious” and “political” lie. To its members, what happened at Sanctuary Church was deeply religious, in that it was an attempt to define what it means to be “Christian” on the landscape of a riven American Christianity. The election of Donald Trump has brought that fight into the national spotlight, and the guns at the Sanctuary Church are a weapon in that struggle. 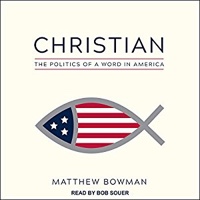 The Sanctuary Church is one of several groups claiming leadership of the Holy Spirit Association for the Unification of World Christianity, a self-declared Christian movement founded by the Korean spiritual leader Sun Myung Moon in 1954. Moon was one of many Koreans who embraced Pentecostal Christianity in the mid-twentieth century, and he was imprisoned by North Korean Communists for a period in his youth. After a vision of Jesus Christ, Moon became convinced that it was his mission to re-unify the human race in a series of relationships Satan sought to disrupt, blending Western Pentecostal Christianity with Confucian ideas about social order and deference. As his movement grew, he moved to the United States and began to link Unification to Cold War American nationalism, emphasizing the importance of marriage, traditional morality, and loyal patriotism—even defending Richard Nixon during Watergate.

The United States, Moon taught, was the “archangel nation,” destined to overcome the Satanic forces of communism and pave the way for what Moon eventually called “Cheon Il Guk,” the perfected kingdom of God on earth, to be led by a “Kingship,” which Moon believed he himself held. In the 1970s and 1980s as his church grew increasingly financially successful Moon faced legal trouble and was imprisoned briefly for tax fraud. But he was defended by, oddly enough, the white evangelicals who led the then-ascendant Religious Right. A decade or two earlier, many of these evangelicals attacked Moon as leader of a “cult,” an academic word referring to new religious movements which Protestant Christians used to deride religious groups they believed were not really Christian. By the 1980s, though, the politics of religious nationalism and fear of what many called “secular humanism” convinced them to see Moon as an ally.

In July 1984, an organization called the Coalition for Religious Freedom, led by the evangelical Religious Right leaders Tim LaHaye and Robert Grant, organized a rally in Washington DC protesting Moon’s imprisonment. Actors portraying George Washington, Harriet Tubman, and Joseph Smith delivered stirring addresses defending “religious liberty.” LaHaye dismissed his theological differences with Moon, saying he was not concerned “about the Unification Church advancing its cause in America . . . what I am concerned about is the spread of religious persecution that will lead to a totalitarian state.” For LaHaye and other leaders of the Religious Right, the threat of the state and of “secular humanist” elites outweighed their worry that Moon led a cult.

After Moon died in 2012, his movement fractured. His wife, Hak Ja Han, seized control of the main body of the Unification Church and began backing away from Moon’s religiously inflected American patriotism. She left the United States, where she had raised her family, and lives today near Seoul. She worried that American wealth and preoccupation with individual liberty had corrupted too many members of Unification. When she commemorated the coming of Cheon Il Guk in 2014, one American follower wrotethat “We Americans face a variety of challenges in receiving” her teachings. “There is the cultural gap, the divergence of social worlds.” He urged other Americans not to let their preoccupation with democracy and individual liberty—the very things that members of the Religious Right assumed went hand in hand with Christianity—bar them from receiving her teachings. “Reverend Moon really cared about America,” another Unificationist tolda journalist. “But his wife doesn’t feel that strong connection.” For her, Cheon Il Guk is less and less to be identified with the triumph of the United States.

Little wonder, then, that Hak Ja Han has distanced herself from her son, Hyung Jin Moon, who leads the Sanctuary Church and has declared himself the heir to his father’s “Kingship.” Unlike his mother, Hyung Jin Moon has pursued the sort of religious nationalism that enabled his father’s alliance with evangelical leaders. He understands that for many Americans, “Christianity” implies loyalty to a particular understanding of what “American civilization” means. “Christianity” to Moon and to those who agree with him implies a social order that may include class, racial, and gendered dimensions. Like many white American evangelicals, Hyung Jin Moon understands Donald Trump’s ethno-nationalism to be an expression of Christianity. Indeed, Moon reportedlydeclared in a sermon that the aim of Unification as he understood it was “connecting the Trump revolution with the Kingship.” For Moon, Trump offered “such a parallel to the Han mother and also us, that we had to stand and fight.” Hak Ja Han’s Unification movement, on the other hand, emphasized that it opposedSanctuary Church’s event because it supported “interreligious dialogue, responsible civic leadership, and marriage blessing ceremonies.”

There are those in the United States who would call Unification in total a “cult,” a word designed to deny all branches of the movement the cultural legitimacy the word “Christian” brings. And yet, the rift between Hak Ja Han and her son runs through many branches of American Christianity: Mormons, white evangelicals, Roman Catholics alike are presently struggling to determine to what extent Christianity is actually a movement bounded by the ethnic and cultural preoccupations of the Trump presidential campaign. Given that upward of three-quarters of Americans identify as Christian, it is a debate we should all be concerned about.