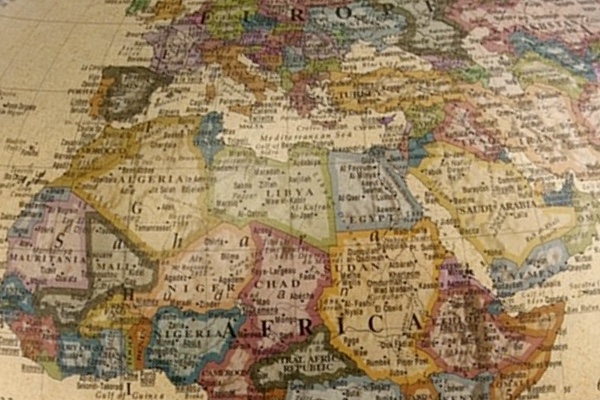 When the state of Massachusetts last updated the Social Science Framework in 2003 the world history standards were out of date - compartmentalized by region before 1800, overly western throughout, and ignorant of recent scholarship. Today, fifteen years later, the proposed state standards in world history are much the same and fifteen years further out of date. It is as if the creators of the standards had not picked up a book of recent world history scholarship. Not even a textbook. (Unlike in US history, textbooks in world history are often quite good at incorporating changes in scholarship into their newer editions. Many are the work of two authors or a single author.)

My provocative question to standards like these – and let’s be clear many states have similar standards – is at what point are they racist? At what point does a course claiming to be world history that is regionally and therefore ethnically and racially compartmentalized, a history driven by European Western Civilization canon, a history prioritizing Westerners over Resterners, where the twain of East and West, Global South and Global North never meet go beyond Eurocentrism or ethnocentrism into racism, even if by neglect or ignorance? I would say a decade ago and definitely now.

This is not to say that all the updates of the Frameworkare in all ways insufficient. The Framework covers K-12 standards and most of the standards are focused on subjects outside world history. The major change to the Frameworks is a full year of civics. This should be applauded. Other changes include updated appendices of websites, museums, books, etc. There is also a tacit acknowledgement that the entire suggested curriculum cannot be covered. Thus there is choice on what to cover. Even a suggestion that the US and world history standards could be taught in combination. Unfortunately, the course that would be taught in combination would be using outdated world history [sic]standards.

To give some context, world history is a rather recent field of history. Although there were many precedents most scholars date its true beginning to William McNeill's 1963 publication The Rise of the West: A History of the Human Community. The World History Association, the leading organization for scholars and teachers in the field of world history was formed in 1982. (The World History Association is ironically currently headquartered at Northeastern University in Massachusetts.) And a journal for the field was only begun in 1990.

For much of the last 50 years world history was more of a teaching field than a research field. But since the mid 1990s research journals and books that are multi-regional or global in scope are common. Jared Diamond’s provocative Guns, Germs, and Steelis the best known. Accordingly, new textbooks have incorporated the major arguments from this research into their pages. So has the high school course that gives college credit - Advanced Placement World History.

One would think that there should be much more change occurring in standards for world history than US history. At the AP level that would be true. But for the Massachusetts standards it would not. Indeed the AP World History course has gone through several changes over the years from overhauls to tweaks. The creators of the proposed world history standards for Massachusetts have chosen to ignore these changes in the field of world history. For those that follow arguments in the field of world history it is largely built on scholarship since the millennium. Note Jeremy Adelman’s March 2017essayin Aeon, “What Is Global History Now?” And Richard Drayton’s David Motadel’s reply, “Discussion: The Futures of Global History” in the March 2018 of the Journal of Global History. This is not an argument that every teacher needs to be up to date on the scholarship just that the standards reflect major changes in scholarship as the AP course does. The most recent issueof World History Connectedhas a roundtable on “Organizing World History.” Needless to say, none of the ways of organizing are in line with the Massachusetts Framework.

An example of the negligence of the Massachusetts standards is the recommendation of teaching most civilizations or areas of the world separately to 1800, with a disproportionate amount of time focused on Western Civilization. To put it in a US history context, this would be like teaching the history of the New England states to 1945, followed by the Mid-Atlantic states to 1945 so on and so forth and then having a majority of the course before and after 1945 focus on those two regions. This would not fly in a US history course. The regional approach could not work in an AP World History course. Yet, somehow in the Massachusetts standards it miraculously persists.

The best example of this overly Western Civilization approach is the list of suggested primary sources to teach world history that appear both as an appendix and are embedded into the world history standards. Of the fifty suggested only seven are sources that would not show up in a traditional Western Civilization course. There is a stunning period between 500 BCE to 1924 where no sources are suggested that wouldn’t have been covered in a traditional Western Civ. course. This is not a plea to get rid of those forty-three Western or Middle Eastern sources, but to broaden the course so that non-western sources show up.

The result of teaching a not so world history where “civilizations” don’t meet until 1800, where a student can take an entire course (World History I c. 500CE-1800CE) and not see any documents outside of the Western Civilization canon, and finally where the global era is much too focused on the West will lead to students who see the world from outdated, Eurocentric, and racist views. And the fault of this would be the standards makers and the teachers who teach them. We can do better. We need to do better.

So what should we see? First, a true world history curriculum that covers topics across world regions with sources to match. When a regional approach is taken societies are compared in some meaningful way. The Advanced Placement course could be a guide. (Although, both the AP and Massachusetts standards suffer from too many standards. This attempt to cover too much is present in nearly all state standards.) A focus on trading networks and commodities such as cotton, silver, tea, oil make this more likely.

If a set of standards is going to have a list of suggested sources there should be a variety of types of sources – nearly all in Massachusetts are texts – and many that are non-Western. Regular updates to the standards should be scheduled; no more than five years would seem ideal. Finally, to make this work for teachers who have been comfortable teaching a West-dominated curriculum, more professional development is needed. Some of this could be done by a combination of free webinars and summer workshops.