Why No One Should Be Shocked at Paul Ryan’s Retirement

by Arthur I. Cyr

Arthur I. Cyr is Clausen Distinguished Professor at Carthage College and author of “After the Cold War.” Contact acyr@carthage.edu 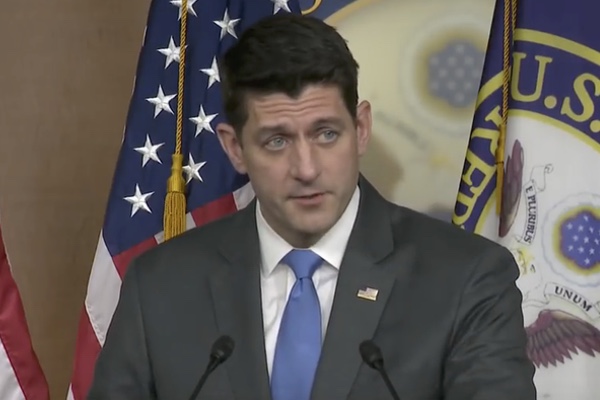 Related Link The End of the Strong Speaker By Julian Zelizer

House Speaker Paul Ryan’s (R-Wis.) public announcement that he will not seek reelection in 2018 is important, but not entirely surprising. His campaign war chest is substantial, as always, and he labors at his House duties.

The stated reason is that he wants to spend more time with his family. Observers rightly regard Ryan as a committed family man. He and wife Janna have three teenage children, a particularly challenging period in life. Yet the relentless pressures of the post of House Speaker were also clearly a factor in his decision, as he faced at least the possibility of election defeat in November.

Beyond personal considerations, structural changes in Congress make life tough for any House Speaker. Since the turmoil of the 1968 election, which included the assassination of Democratic presidential contender Sen. Robert Kennedy (D-N.Y.) both parties have embraced state primary elections to nominate their candidates.

The wider context that year included the assassination of Civil Rights leader Dr. Martin Luther King, and the surprise decision by President Lyndon B. Johnson not to seek renomination and reelection. The Tet Offensive in Vietnam destroyed strong public support for the war, and proved perfectly timed to undercut Johnson’s vote in the important early New Hampshire primary.

In theory, the reform was supposed to make the whole process fairer and more transparent. In 1968, Kennedy and rival Sen. Eugene McCarthy (D-Minn.) slugged out a bitter battle in the relatively few primaries, while Vice President Hubert Humphrey sewed up the nomination through the route of party caucuses and party bosses.

In practice, relatively few voters participate in primaries. Those who do are often intense, dedicated left-wing Democrats and right-wing Republicans. Reconciling the rigid zealots now populating Congress steadily gets harder. By nature, they are averse to compromise. Ryan’s predecessor Speaker John Boehner (R-Ohio) stunned everyone, including friends, by announcing in September 2015 he was retiring from Congress. His tour of service in the top leadership post had been, painfully difficult Republican right-wing House members expressed glee that Boehner would soon be gone. Their outlook is essentially narrow, shortsighted, and ultimately destructive given the view that compromise is a form of sin. In 2013, Republicans managed to shut down the government for 16 days as part of the effort to derail the Affordable Care Act. Democrats led by President Barack Obama used the Republican effort to their own political advantage. Boehner’s move headed off another shutdown.

The practice of holding the federal budget hostage to controversial partisan party maneuvers has now gone on for some years. In 1994, Republicans took control of the U.S. House of Representatives after 40 years in minority status. New House Speaker Newt Gingrich (R-Ga.) dramatically accelerated the trend of shifting that office from a relatively nonpartisan to highly partisan pulpit, a marked departure.

Then and later, White House Democrats and Congressional Republicans played an escalating game of budgetary chicken. The federal government did shut down briefly. In the political and public media maneuvering, President Bill Clinton—a brilliant political operator—was able to put the onus squarely on the Gingrich Republicans.

Publicly cool and politically cunning, Clinton moved ahead in the public opinion polls. He was helped by emphasizing fiscal restraint. In the 1996 presidential election, he defeated Republican nominee Senator Bob Dole of Kansas.

Sam Rayburn (D-TX) remains the longest-serving Speaker of the House. From the 1940s into the 1960s, he successfully practiced bipartisanship, despite the difficult politics of that era. Rayburn possessed exceptional political skills, but he had the advantage that both parties then were politically diverse and pragmatic. Additionally, we expected Presidents to be executives, not pure celebrities.