The Special Prosecutor has become a “parasite,” dangerously draining the presidency, month after month, with nothing to show for his work. He ranges far beyond his limited charter, going after close associates of the president. And with a war in the Middle East a threat, there is a real concern over a superpower clash, as the president is bedeviled and distracted by a pointless scandal. 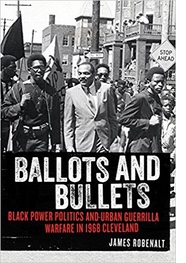 That was October 1973, not April 2018. One would be hard-pressed, though, to find closer parallels in modern presidential history. It raises the question: Are we on the verge of another Saturday Night Massacre?

We already know that Richard Nixon and Donald Trump share dangerous personality traits. Both men can be characterized as impulsive, thin-skinned, revenge seeking, and crude (Nixon on the tapes; Trump in the open).

What is uncanny is how we seem to be reliving Watergate history in the first years of the Trump administration.

“Appointing a Special Prosecutor had been a major mistake,” Nixon wrote in his memoirs, “one that I knew would be difficult and costly to remedy.”

Nixon believed Harvard professor Archibald Cox was hopelessly biased from the start. Cox had been a Kennedy supporter; indeed, he served President Kennedy as Solicitor General, the government’s lawyer before the Supreme Court. Ted Kennedy appeared when Cox was sworn-in as Special Prosecutor.

In October 1973, Nixon looked for a way to find an acceptable compromise over the battle for his tapes and then he would fire Cox and return the investigation to the Justice Department, “where it had been considered 90 percent complete months earlier,” Nixon wrote, “and where the investigators would not have the interest Cox and his staff had in self-perpetuation.”

The problem is that Nixon’s Attorney General, Elliot Richardson, had promised the Senate during his confirmation hearing that he would not interfere with or remove Cox except for “extraordinary improprieties.” Cox had been Richardson’s professor at Harvard. He would not be easily convinced to remove Cox.

Nixon, however, saw “extraordinary improprieties” in how Cox had handled the investigation. Cox convinced a grand jury to indict Egil “Bud” Krogh for perjury on October 11. Krogh directed the White House “plumbers” unit that had broken into the psychiatrist’s office of Daniel Ellsberg, the man who had leaked the Pentagon Papers. To Nixon this was far afield from the Watergate investigation and involved matters of national security. Cox had no business going into this area.

Others in the Nixon camp had already pled guilty to obstruction of justice for lying to investigators. And Nixon’s close friend, Bebe Rebozo, was being investigated by the IRS at the prompting of Cox’s prosecution team for alleged financial irregularities and illegal campaign contributions involving Howard Hughes.

As the battle with Cox over the tapes was coming to a head, the Yom Kippur War broke out in the Middle East. Nixon acted with authority to supply Israel, but a confrontation between the U. S. and Russian-sponsored states, like Syria and Egypt, loomed. Nixon welcomed the distraction and used the war to argue with Richardson and others that he needed to be free of Cox’s meddling.

On Friday, October 19, John Dean appeared before Judge John Sirica and pled to a single felony of conspiracy to obstruct justice in return for a pledge of complete cooperation.

The next evening Nixon ordered his Attorney General to fire Cox. Richardson refused and resigned. His second in command, William Ruckelshaus, resigned or was fired, it is not entirely clear. It fell to the Solicitor General, Robert Bork, to fire Cox.

The firing was a turning point. Calls for impeachment resounded in Congress. Public opinion turned sharply against Nixon. Nixon was forced to agree to the appointment of a new Special Prosecutor, Leon Jaworski, a Texas lawyer.

What became clear is that the investigation was hardly complete, as Nixon had suggested. Jaworski eventually won the fight in the Supreme Court for the White House tapes. The tapes, once released, showed Nixon heavily involved in the cover-up from the first weeks of the scandal. He ordered the CIA to try to convince the FBI to shut down the Watergate investigation as it might expose CIA operatives. He knew of hush money paid to keep the burglars from testifying. He dangled the promise of a pardon to encourage the leader of the burglars, E. Howard Hunt, to plead guilty and remain silent.

Nixon resigned two weeks after the Supreme Court ruled against him on the tapes.

History shows that Cox was not on a fishing expedition when he had Krogh indicted. The same operatives who invaded Ellsberg’s psychiatrist’s office were some of the burglars in the Watergate caper.

Campaign contribution excesses in 1972 led to convictions and major legislative reforms post-Watergate, all of which has vanished since Citizens United.

Ultimately, what the country suspected was true. When Nixon fired Cox he had something to hide and the only reason he proceeded was because the prosecutor was closing in on the lawlessness of the Nixon administration. Despite his protestations, he was a crook.

If the past is prelude, the question will be whether the country will react with the same vigor if President Trump forces the firing of the special prosecutor Robert Mueller before he is able to complete his work.