Michael Brenes, the Senior Archivist for American Diplomacy at Yale, is the author of the forthcoming book, “The Price of Loyalty: Hubert Humphrey, Lyndon Johnson and the Struggle for American Liberalism.” 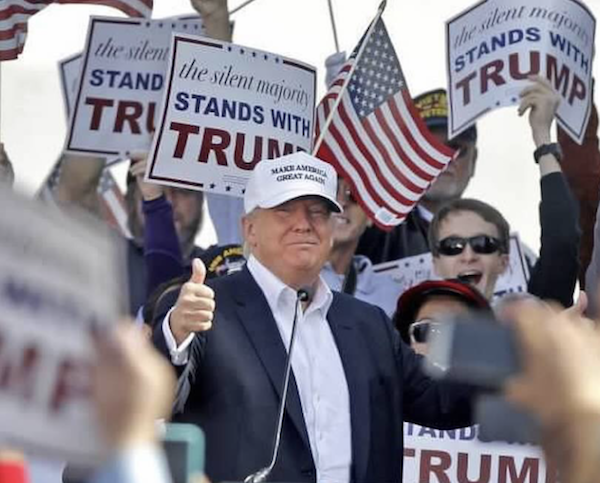 Almost a year and a half later, there remains an insatiable public demand for an explanation of the 2016 presidential election. Much of the (retrospective) blame for Donald Trump has fallen on the Democratic Party’s failure to see what was coming on November 8th: a rejection of the status quo, voter antipathy—or apathy—toward the Democratic nominee, Hillary Clinton, and above all, the overwhelming outrage of the white, working-class voter toward cosmopolitanism and racial pluralism. The “forgotten man” came to wreak havoc on American democracy, said much of the punditry.

James Traub’s essay in The Atlantic, “The Party of Hubert Humphrey,”sought to overcome such myopia. An ongoing public dissection of the Democratic Party and its woes has meant enduring repeated commentary on working-class voters and how Democrats left them behind. Traub’s essay was different. Traub focused his energies on the “white middle-class,” arguing that the Democratic Party’s “commitment to civil rights required the [white] majority to agree to sacrifice privileges—unearned privileges, to be sure—on behalf of the [black] minority,” creating a politics of victimization, of resistance to the “superior moral standing that liberals derived from defending the rights of the marginalized.”

Traub built his argument around an understudied figure in American politics: Hubert Humphrey., the Democratic senator from Minnesota and Vice President under Lyndon Johnson. Traub pointed to Humphrey’s magnificent 1948 speech at the Democratic National Convention—where he told party members they must “get out of the shadows of states’ rights and walk forthrightly into the bright sunshine of human rights”—to argue that since 1948 (and Humphrey’s speech), the Democratic Party has pursued civil rights to the cost of majoritarian politics, of the toll it took on their coalition.

This is now a core, indelible feature of the Party, Traub suggests. “Today’s Democratic Party should just accept that it is the party of minorities, the marginalized, and their young and elite liberal patrons,” he concludes. In making this argument, Traub did what every historian wishes journalists would do more often: provide historical context to the headlines and break through the cacophony of voices on cable news programs and social media to offer historical perspective on current issues. Traub’s attempt is to be commended. Judging solely on comments on social media, he provoked thought, discussion, and debate on America’s recent past.

The problem with his piece was that in provoking thought, Traub misrepresented the historical record, left out key evidence, and used history to justify presentism. The use of history, in the case, made his piece less effective. The essay became a trope, a repetition of the same piece Traub meant to avoid—and one we have seen too often: The Democratic Party has lost white voters for good; it’s a coastal party rife with elitists; and “identity politics” is the culprit— for the Democrats’ willingness to embrace the concerns of distinct groups, rather than Americans as a group.

Slate’s Jamelle Bouie penned a response to Traub that summed up the negative reaction to the piece. In leaving out the broader history of the civil rights movement—and including only the “backlash”—Bouie argued that Traub inadvertently “treats the lives and livelihoods of black Americans (and other marginalized groups) as immaterial.” In removing the struggles and success of the civil rights movement that made Hubert Humphrey’s speech possible in 1948 (an end to discrimination in federal employment, the fall of the white primary in states like Texas), the narrative deprived readers of the context, and left Humphrey as the sole agent of change.

Likewise, the portrayal of Hubert Humphrey is inaccurate. Traub did well in selecting Humphrey as vehicle to examine political realignment and the Trumpian backlash, but he paints Humphrey as an idealist on civil rights, as a politician concerned with appealing to one’s better angels rather than their interests. But Humphrey did both. Humphrey was both a realist and an idealist on civil rights. As Mayor of Minneapolis from 1945-1948, Humphrey amassed a broad coalition behind fair employment in the workforce and anti-discrimination measures, knowing it was the only path to progress.

Humphrey’s mayoral record proved that upper, middle, and working-class whites were behind civil rights, that many middle-class whites were, in fact, liberals who backed racial justice, despite the economic costs. True, Humphrey’s broad coalition had limits—he failed to end housing segregation in Minneapolis—but middle-class whites made racial liberalism possible, both in the 1940s and 1970s. As historians such as Kevin Kruse, Lily Geismer, and Matthew Lassiter have shown, “middle-class whites” were a complicated group. Many of them even supported busing in the 1970s.

Also lacking was a greater discussion of the growing and powerful conservative movement in the 1970s, and the demographic changes within the Democratic Party (specifically the rise of “New Democrats” who appealed to suburban, middle-class whites that Traub implies are indebted to George Wallace). This history matters more than Hubert Humphrey—who would be surprised at the Democrats’ success on civil rights and the electoral power inherent in such a coalition—in explaining the recent tribulations of the Democratic Party. No straight lines exist between 1968 and 2018.

Traub’s piece ultimately raises interesting questions: what happens when history is deprived of its proper context in a noble attempt to provide contemporary relevance: is it still useful for public consumption? What happens to the argument that “historical perspective is needed” when historical analogies are not useful?

These are just questions, but asking questions is what historians do well. What historians can provide—by their training and public contributions—is an ongoing conversation riddled with complexity and nuance, not hard and fast answers.  This is to say that more historians must speak to the public; indeed, many of them already do. But in making history digestible to the masses, it cannot be junk food that fills a void: temporarily satisfying and intellectually deficient. The inevitable result will be a history that is harmful, that Americans cannot use. In the era of Donald Trump, this is the last thing we need.