War Was Avoided During the Cuban Missile Crisis, but One Man Died

Casey Sherman and Michael J. Tougias are co-authors of The Finest Hours (Scribner, 2010) and Above and Beyond: John F. Kennedy and America's Most Dangerous Cold War Spy Mission (PublicAffairs, April 2018). 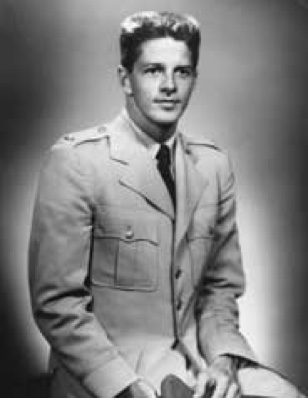 The stretch of thirteen now infamous days beginning in mid-October 1962 were the most dangerous in the history of mankind. This was when the world’s two superpowers, the United States and the Soviet Union, appeared on a collision course toward thermo nuclear disaster. This dramatic event followed the frightening discovery by American reconnaissance pilots that the Russians were installing medium range ballistic missile (MRBM) sites on the island of Cuba. But while all-out war, which included the largest U.S. planned land invasion (of Cuba) since D-Day, was averted at the 11th hour thanks to the critical thinking and decision  making of both President John F. Kennedy and Soviet Premier Nikita Khrushchev, one American air force pilot would not live to witness a peaceful resolution to the conflict.

Instead, Major Rudolf “Rudy” Anderson became a casualty of war – the only American pilot shot down and killed during the Cuban Missile Crisis. 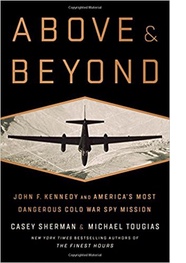 Rudy Anderson, a native of Greenville, South Carolina, abhorred war but loved his country and loved to fly. In fact, he was driven to become the best pilot in the world. After flying reconnaissance missions in the Korean conflict, he was enlisted into America’s top-secret U-2 spy program where he would fly “alone, unarmed and unafraid” in a specially designed lightweight plane armed with cameras rather than bombs. The U-2 was equipped with a camera that could capture 6,000 feet of film and had a wingspan of 103 feet.  The plane flew so high – 73,000 feet—that pilots had to don a specialized pressure suit and fish-bowl style helmet, similar to what the Mercury 7 astronauts wore.  Should the single seat cockpit lose air pressure the suit was designed to inflate and keep the pilot alive. Otherwise in the thin air of the stratosphere the pilot’s blood would literally begin to boil.

The U-2 spy pilots were thrust into action when the Cold War suddenly turned hot during the crisp fall days of 1962.  Major Rudy Anderson flew one of the first missions over Cuba and pledged to fly more missions than any of his fellow pilots during the escalating conflict. He believed that his superior piloting skills would keep his pregnant wife and two young children safe until peace prevailed.

Anderson had already completed five missions over Cuba and was not originally scheduled to fly on October 27, 1962, a date that would later become  known as “Black Saturday.” Strategic Air Command (SAC) had scrubbed three scheduled flights for that day, but flight planners finally decided to send a U-2 to cover the eastern part of the island. Rudy Anderson had asked his operations manager to put him on standby in case another pilot was needed. Rudy was prepared. His only concern was that he had not spoken to his wife Jane in several days. Jane loved her husband but she hated his job, or at least the secrecy surrounding it. A few months earlier, Jane Anderson had mistakenly been told that Rudy had been killed in a training accident and was overcome by dread each time her husband answered the call to duty.

Leaving McCoy Air Force Base in Florida just after 9 a.m., Anderson had relatively clear skies. His fellow U-2 pilot Jerry McIlmoyle had been shot at by a surface-to-air missile just two days before and the close encounter lurked in the back of Anderson’s mind as he entered Cuban airspace.

He flew at the usual 72,000 feet as he crossed over Cuba at the northern coastal area of Cayo Coco. The weather was a mix of sun and clouds and his cameras were working fine. Anderson knew the extreme importance of the mission. His photographs might reveal that warheads had been placed on the Soviet missiles indicating they were ready for firing.

On the ground in Cuba, Soviet radar was tracking Major Anderson’s flight, labeling it Target 33. General Stepan Grechko, deputy commander of Soviet air defenses was the first to suggest that some action be taken against the intruder. “Our guest has been circling above us for more than an hour,” Grechko told a comrade. “I think we should give the order for downing the plane.”

A phone call was placed to the commander of all Soviet forces in Cuba but it went unanswered. Later, as Anderson’s U-2 entered the airspace over the Cuban city of Banes, the decision was made by Grechko and another Soviet general – “Target 33 is to be destroyed.”

At 11:19 a.m., eastern standard time, Rudy Anderson must have felt a terrible jolt as two surface to air missiles were fired in his direction. One exploded close to his aircraft but was not a direct hit, which would have exploded the spy plane into a hundred pieces. Instead, a hail of shrapnel pierced the aircraft and the pilot. When small chunks of hot metal tore through Anderson’s flight suit, decompression followed. He might have remained conscious for a few seconds until he passed out from loss of oxygen or as his blood boiled as the suit deflated. If he was conscious for a few seconds, he had no time to eject from the aircraft. If he had three or four seconds before blacking out, Anderson probably struggled to control the crippled plane and the last thing he likely saw before dying was blue sky spinning above him. Anderson’s plane plunged and crashed to the ground in a small village outside Banes. 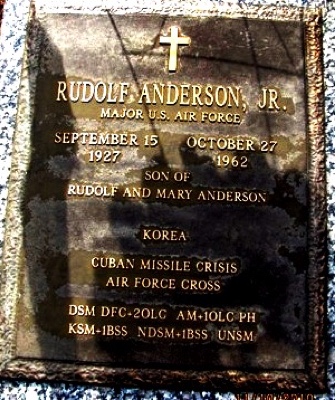 The death of Major Anderson pushed the United States and the Soviet Union even closer to war. JFK’s military advisors demanded an “eye for an eye” response – They shoot one of ours, we shoot one of theirs. This was exactly what both Kennedy and Khrushchev feared most – an unfortunate event occurring outside the periphery of diplomacy at the highest possible stakes that could spiral everything out of control and lead to nuclear Armageddon.  Fortunately, both leaders managed to pull their military forces back from the brink of war. Perhaps it was Anderson’s death gave each man supreme motivation to push for peace.

Once again, Jane Anderson was approached by an air force chaplain delivering the news that her husband was dead. She refused to believe it.

President Kennedy sent Jane Anderson a letter confirming the tragedy. The president added a handwritten sentence to the letter that read, “Your husband’s mission was of the greatest importance, but I know how deeply you must feel his loss.”

Major Anderson was laid to rest in his hometown of Greenville, South Carolina on November 6, 1962.