What Underlies the MAGA’s Appeal? An Aggressive Form of Whiteness.

Marius Turda is Director of the Centre for Medical Humanities at Oxford Brookes University, UK, and co-author of Historicizing Race: A Global History. 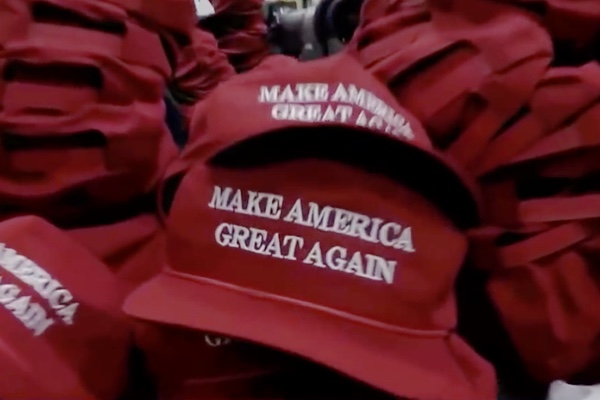 Cecil Rhodes (1853-1902) was an English mining magnate and fervent believer in the British Empire’s historical destiny in Africa. He was born into and lived in a society that viewed Western culture and civilization in general and the English, in particular, through its racial history. He believed the English race was the pinnacle of human evolution and, as such, the most adaptive and successful of all races. In 1877, whilst a student at Oriel College, he declared proudly: “I contend that we are the finest race in the world and that the more of the world we inhabit the better it is for the human race. Just fancy those parts that are at present inhabited by the most despicable specimens of human beings what an alteration there would be if they were brought under Anglo-Saxon influence.” Such a racist view was not only long in the making in Britain and elsewhere in Europe, but was also enduring; its lingering, disquieting presence is felt to this day. 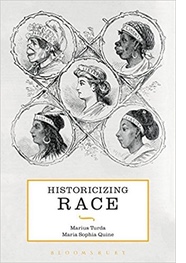 Cecil Rhodes was, by our standards, both a racist and an imperialist. In 2016, students at the University of Oxford petitioned to have his statue removed from Oriel College, prompted by the Rhodes Must Fall protest movement, established in March 2015 in South Africa, which successfully campaigned for the removal of a statue of Rhodes from the University of Cape Town. Yet, the crux of the matter is less about the rewriting of history from today’s vantage point (albeit this constitutes one of the issues often raised by the Rhodes Must Fall activists) and more about engaging with the legacy of empire and race, and not just with the overall historical relationship between the two, but with the very idiom of cultural and racial superiority that such a relationship employs.

What the controversy over the removal of Rhodes’s statues from Cape Town and Oxford ultimately reveals is the ambiguous affiliation many in Britain and elsewhere have with a narrative about the superiority of European and Western culture and civilization. This narrative was banished from mainstream historical discourse, yet it never went completely away. Stripped of its explicit racial content, this Eurocentric and Western narrative continues nevertheless to provide powerful ideological sustenance in the twenty first century in many countries in Europe and the USA, alongside a process of identification that is constantly reinvented to draw out the difference between “us” and “them.”

The Report of Commission on the Future of Multi-Ethnic Britain, published in 2000, recognized this situation perfectly when it admitted that, at the beginning of the twenty-first century, “expunging the traces of an imperial mentality in the national culture, particularly those who see the white British as a superior race, [remains] a much more difficult task. This mentality [had] penetrated everyday life, popular culture and consciousness.” This assessment may baffle us but it may also prompt us to engage more forcefully with certain racial representations of British (and by extension Western) history, science, culture and civilization that remain compelling to this day.

There is rich material to be explored in the Eurocentrism’ s enduring appeal to contemporary sensibilities, not only in Britain and certainly not only in connection to empire and controversial historical figures such as Cecil Rhodes, but also in relation to the crisis of collective identity many countries are experiencing at the moment. British, Europeans and North Americans have become rather worried about their personal security, political stability and economic prosperity. In response to an ever-increasing sense of crisis, many of them tend to adopt a racist language and posture (which often translates into practice!) that is boldly set against existing the image of a harmoniously multi-cultural and multi-ethnic society. The assertion that white identity is under threat reflects, in fact, a growing apprehension amongst politicians and the general public alike, an apprehension, moreover, that feeds off the growing popularity of ethnic nationalisms. We are witnessing a resurgence of the idea of “race” expressed in a political vocabulary that utilizes strategies of coping with an identity, which, allegedly, is under threat by “enemies” without and within the nation. This is what defines Donald Trump’s need to make America “Great” again, which has many adherents both within and outside the United States. Making one’s country great again has become the political dream of many politicians across the world, from Hungary and Greece, from China to Russia.

Longing for a national past has also brought forward a yearning for racial solidarity, which was allegedly lost in the decades after World War II. The idea of “race” always underlies the country or the nation’s past glory, aspiring to restore its former greatness. To be sure, current defenders of European and American “values” do not accept openly the existence of different races; nonetheless, the idea of “race” remains embedded in their conceptualization of their own country as “white” and Christian. In the twenty-first century, the assumption is that “race” as a meaningful social and biological category of analysis has been de-ritualized and de-politicized. But the truth is that “race” continues to lend itself to theories of social, cultural and political inequality. As Richard B. Spencer declared in 2016: “Race is real, race matters, and race is the foundation of identity.” Combined with an aggressive rhetoric of national protectionism and ethnicity, race issues—meaning political programs and platforms framed around issues of “race,” ethnicity, and immigration—are now part of the mainstream politics in countries with very different histories of “race.” We are, in effect, witnessing the return to more aggressive forms of whiteness, which threaten to destabilize the already fragile racial equilibrium of our societies.