Trump Has Sullied Even Past Presidents

M.J. Rosenberg is a Washington D.C.-based writer, and worked for twenty years as a speechwriter and legislative aide at the House, Senate, and State Department. 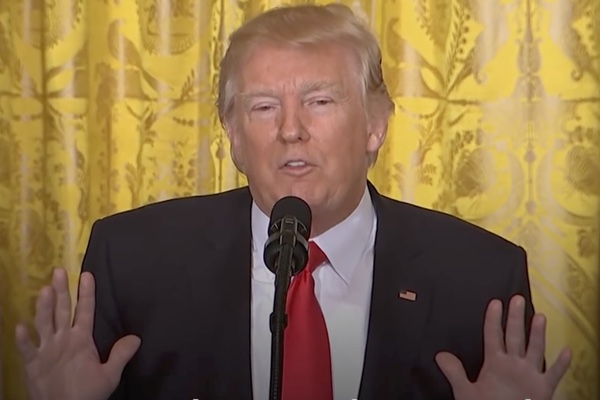 Presidents’ Week only serves to remind me that this is a very difficult time to be a presidential buff. I have been one since 1955 when President Eisenhower graciously responded to my “get well” letter following his heart attack. Not only did I receive a beautifully embossed card, which I actually thought he penned personally, but news of my card from the President was announced on the school “loudspeaker” as we called it back then.

After that I was hooked on presidents. All presidents. As evidence that my obsession never faded, I have so far passed it to my kids and grandkids. In fact, even I was surprised (and proud) when my then 8 year old grandson told me a couple of years ago, out of the blue, that he thought that “Jane Appleton Pierce” (the 14th first lady) had “such a sad life.”  The “Appleton” part astonished even me.

Naturally I have been to most of the presidential museums and libraries and have lots of presidential memorabilia around the house. Fortunately my wife has come to share my passion.

One might say that I love all presidents. But I don’t. I am a liberal Democrat and although my favorites includes a few Republicans, most are progressive Democrats like FDR, Clinton,JFK and Obama. But I am fascinated by them all and enjoyed my visit to the Coolidge homestead

in Plymouth Notch, Vermont as much as I did the LBJ ranch in Johnson City, Texas.

That is until now.

For me, Donald Trump cheapens the whole idea of the presidency. No, not just his politics which I abhor, but no more than I did those of Reagan or George W. Bush.

For me, it Trump’s coarseness that demeans the presidency. I understand that some previous presidents used foul and ugly language. Certainly Richard Nixon did, as we know from the tapes, but never in public. He had no expectation that his tapes would ever come out and, if they hadn’t, we would have no first hand record of his manner of speaking. In public he was proper, even prim, and no one had to worry that the kids might be negatively influenced by seeing him on television.

Nixon, despite his colossal faults, respected the office he held, the office he had sought his entire adult life. He would not sully it, in public anyway. This is true, more or less, of every one of the 44 men who held the office (with the possible exception of Andrew Johnson, the president who most resembles Trump).

But Trump seems to have little if any respect for the office, demonstrated over and over again in his tweets. Particularly repellent is Trump’s endless vilification of whoever offends him at the moment. From Mexicans, to the disabled, to the family of a fallen Muslim soldier, to Democratic members of Congress, Trump’s spewing of hate, along with his endless mockery of those who merely disagree with him, slimes not just him but the presidency. As for his attacks on Hillary Clinton, there has not been a single previous president who relentlessly and personally attacked his opponent in the election that brought him to the presidency. Just suggesting the idea of President Eisenhower name-calling Adlai Stevenson or President Kennedy publicly obsessing on Richard Nixon or, President Nixon endlessly reviling Hubert Humphrey, is as absurd as is imagining any previous president constantly tweeting. No, they didn’t fail to tweet only because the technology didn’t exist. They would not have imagined setting U.S. policy in 280 character comic book word balloons.

Nonetheless, every one of our former presidents is retrospectively tainted by Trump’s presence in the office. After all, how literally awesome can the presidency be if Trump achieved it. Think about Theodore White’s classic history of JFK’s election, The Making of The President 1960. That book made for riveting reading decades after Kennedy’s presidency. How did this 42-year old Catholic do it? What brilliant political strategy, and personal qualities, brought him to the presidency? The same questions were addressed about the election of Barack Obama, the first African American president, and Ronald Reagan, who went from being a B actor to a very credible president.

These questions are no longer particularly interesting. Nor will they be after we elect the first woman, as exciting as that will be. After all, if Trump can be president, anyone can. That is if he is rich and a celebrity.

Of course, in the end, I won't really give up my passion. I will just treat Trump as a terrible anomaly. Otherwise, how can I justify my upcoming trip to Lawnfield, the James Garfield National Historic Site in Ohio.