How Did a Bad Idea Like Prohibition Ever Win Majority Support?

William Rorabaugh is Dio Richardson Professor of History at the University of Washington, Seattle. He is the author of Prohibition: A Concise History (Oxford University Press, 2018). 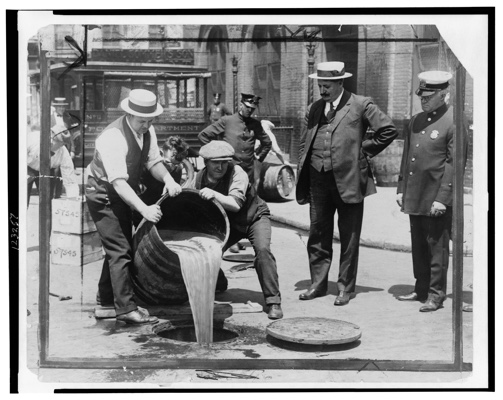 Eighty-five years ago Congress, desperate for new revenues during the Great Depression, legalized beer. At the same time the Twenty-First Amendment to the United States Constitution repealing the dry Eighteenth Amendment was making its way through the ratification process. All forms of alcohol became legal in the United States in December 1933. The disastrous national prohibition experiment had lasted only thirteen years. Many ironies surround Prohibition. How did such a bad idea ever get adopted? How had it failed? And why was it abandoned in1933? 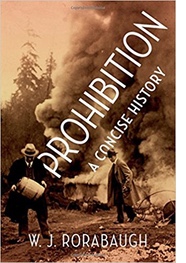 From the 1830s to the 1930s large numbers of Americans became obsessed with banning alcohol. This was truly one of the crazier ideas to infect the national psyche. In one sense, the idea was strange because the country had been hard-drinking since the colonial founding. In another sense, the fact of high consumption spurred the anti-liquor crusade. As early as the 1830s the drys, as they called themselves, argued that liquor caused crime, poverty, wife beating, child abuse, and practically every other social ill.

Evangelical Protestants gave up the Demon Rum, but other Americans did not stop drinking. German immigrants brewed a lot of beer, and Irish immigrants operated many saloons. In 1874 the Woman’s Christian Temperance Union (WCTU) advocated both prohibition and women’s suffrage. The WCTU grew to 200,000 members. In 1895 the WCTU was joined by the Anti-Saloon League (ASL), which began to corral votes in state legislatures and Congress to ban alcohol. The first single-issue political pressure group, the ASL did not care if elected officials drank, so long as they voted the way the ASL dictated.

Wealthy brewers, who owned 70 percent of the nation’s saloons, financed wet politicians. Dry business leaders and evangelical churches backed the ASL. In states where the ASL was weak, the group pushed legislation for local option dry counties or towns, and in states where the ASL was strong, they demanded a statewide ban. After most states were dry, the ASL planned to capture the holdouts with a national constitutional amendment.

When World War I started in Europe in 1914, most Americans sided with the British and French, who bought war supplies in the United States. German sabotage inside the United States against businesses that supplied the Allies generated anti-German hostility. Taking money from German-born brewers became politically difficult. In 1916 the Anti-Saloon League won two-thirds majorities in both the House and Senate, which was enough to pass a dry constitutional amendment.

In April 1917 the United States entered the war, and in December Congress passed the Eighteenth Amendment to the United States Constitution banning alcoholic beverages. The amendment was ratified in January 1919 and went into effect one year later. As a punitive measure against the brewers, the Volstead Act (1919) abolished beer by outlawing any beverage more than a half percent alcohol.

In the early 1920s alcohol consumption may have dropped by two-thirds. Moonshine and hard liquor from Canada replaced beer. By the mid-1920s alcohol consumption rose, as the number of people willing to defy the law increased. Speakeasies attracted both men and women, which marked a change in drinking patterns. Gangsters gained control of the illegal alcohol industry in the late 1920s. Public opinion gradually turned against Prohibition.

Crime, police corruption, and the Great Depression led to calls for a new alcohol policy. Repeal of Prohibition promised to fill empty government coffers with liquor taxes, which were badly needed given the poor economy. President Franklin Roosevelt brought back 3.2 percent beer in April 1933, and the Twenty-First Amendment repealing the Eighteenth Amendment passed and went into effect in December 1933. Prohibition ended, and the age of strict government regulation of alcohol began.