Matthew Hughes is a freshman speech instructor in the Division of Communication at Bob Jones University. He received his BA in history in 2016. 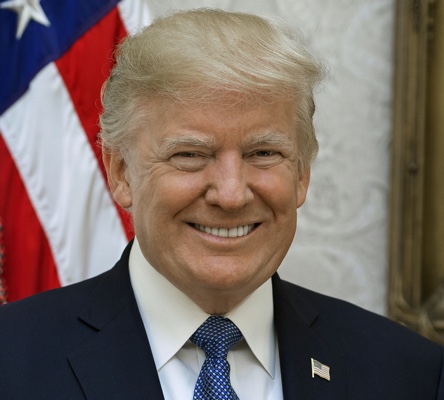 Many media commentators thought that evangelical Christians would find it difficult to vote for an immoral, profane, veteran-bashing, racist candidate who had previously donated to Democrats and only recently become pro-life. They also thought Trump would lose. They were wrong.

After the election, many media outlets portrayed themselves as humbled yet enlightened: “We just blew it but trust us anyway.” Yet it was clear that their political commitments clouded their insights and encouraged some to deliberately stretch the facts.

In other words, the media’s analysis of evangelical Trump voters is unreliable.

The same journalists who blew it before the election are pontificating on the shortcomings of Trump voters. And John Fea, an evangelical who teaches at Messiah College and an “anti-Trumper,” briefly considered dropping the label evangelical because he couldn’t reconcile evangelical values with a vote for Trump. His subsequent analysis of evangelical Trump supporters has been consistently negative. He refers to the “evangelical political playbook,” and he discusses evangelical political activity primarily in terms of a struggle for power.

I differ. Most pundits and exasperated anti-Trump evangelicals have treated Trump supporters unfairly. It’s true that no action stems from a single motive and that not all motives are good even when decent people do decent things, but the primary motive for most evangelicals who supported Trump was a wholesome desire to restore American society based on our political and religious convictions.

As an evangelical Trump voter, I hope to explain what I believe is the most overlooked or most misrepresented reason that evangelicals voted for Trump. For starters, we don’t believe that Trump is a racist or that he has abused anybody (if you disagree we can talk later). Trump’s overwhelming support for veterans and our general dislike of moderate John McCain enabled Trump to get past his inexcusable remarks on McCain’s military service. Some evangelicals oppose his views of immigration based on their understanding of Christian charity, while others expect illegal immigrants to obey “Caesar in the things that are Caesar’s” (Matthew 22:21; see Romans 13:1-11). Yet all evangelicals freely acknowledge and deplore Trump’s profanity and immorality. So how can we support him?

Evangelicals haven’t abandoned their belief that character is important in public servants and we never will, but we hold, some consciously and some subconsciously, to a political theory inherited from the Patriots of ’76: public prosperity depends on a virtuous citizenry.

Forrest McDonald’s book Novus Ordo Seclorum: The Intellectual Origins of the Constitution makes a distinction between Patriots who believed that public virtue is primarily engendered by individuals bringing their private virtue to the public arena and those who believed that public virtue would be primarily encouraged by political and social structures (see pp. 66-77). I think most evangelicals hold something like a mix of the two views: public policy, public virtue, and private virtue are interdependent and mutually influence each other.

That political philosophy is shared by most modern Americans. Everybody believes that people ought not be allowed to do bad things because that hurts individuals and degrades society. It’s just that not everybody agrees on what’s good and what’s bad.

Evangelicals like me believe that American society is in rapid moral decline (a la Obama and the left; ultimately explained by the spiritual and political 2nd law of thermodynamics) and stands in need of immediate and drastic remedial action—enter evangelism (proselytizing) and political reform, which both impact private and public virtue. Many of us also believed the economy was going downhill and the Constitution was being ignored (and for good reason: in The Second Amendment: A Biography, president of the Brennan Center for Justice at New York University School of Law Michael Waldman argued that we should basically ignore the law of the land and just take whatever policies result from the democratic push and pull of politics).

With the specter of the impending social damage we believed would occur if Hillary Clinton got elected and continued the trend of enshrining anti-God and socially damaging beliefs in public policy, even many of us who radically opposed Trump in the primary—including me—decided to vote for him in the general election.

Perhaps we are guilty of hypocrisy: we didn’t think this was OK when Bill was in office. But at least Trump…well, you get the idea. I’ll admit some hypocrisy. But you’ll have to admit that both sides care more about implementing their policy goals than defending the personal character of the President. Evangelicals believe in finding morally upright candidates, but Trump’s policy positions lined up so well with what we believe the country needs that we were willing to vote for him despite his obvious character flaws. Some of us were even willing to downplay them too much and a number of evangelicals have lowered their standards. Perhaps that’s also a result of our pragmatic realization that society just isn’t what it used to be (for good and ill). At the same time, I also think most evangelicals who voted for Trump don’t sympathize much with Jerry Falwell Jr.’s tendency to defend Trump unilaterally. We are much more likely to frankly admit Trump’s shortcomings, perhaps criticize him a bit, and then move on. I also think most evangelicals also see Trump as a kind of Jehu figure (2 Kings 9-10): he’s got serious problems but he’ll get us back on track in some basic ways.

You also have to remember that most evangelicals who voted for Trump didn’t come around until he became the Republican nominee and thus the only way to avoid the social disaster that we saw in Crooked Hillary. You have to remember that we are dubious about consistently reasserted yet totally unproven claims that Trump is an abuser. You have to remember that many of us see Trump as more presidential than a man who actively advanced policies that resulted in the murder of thousands of preborn children during his eight years as president, and that we see criticism of Trump’s morals from the left and Hollywood as incredibly hypocritical, especially in recent weeks.

I voted for Trump on election morning and that night my conscience tucked me in bed and kissed me good night. Some fellow evangelicals are still trying to fully reconcile evangelical values and cherished political beliefs with their vote for Trump. The most common rationale is: Trump = public policy outcomes that reflect our values and are in the best interest of our country. It’s not an issue of power, it’s an issue of policy. Like everyone else, we believe that our core values should be reflected in public policy.

I know it sounds hypocritical to support a profane and immoral man on the basis of principle, but that is a fair assessment of the primary motivation of most evangelical Trump voters. It also fits a nuanced and historically and constitutionally sensitive view of what a vote really is: it’s not an endorsement, it’s simply consent that a certain individual represent me and my fellow citizens in the executive branch of the federal government. Given the alternatives, I found myself quite willing to consent to Trump. Trump is not a Representative, but he is our representative and in his official actions he represents evangelicals well.

In a climate perceived by my co-religionists as increasingly anti-God, anti-Christian, and anti-constitution, it’s no wonder Trump’s recipe worked: 1 cup of fiscal conservatism, 1 cup of support for veterans and law enforcement, 1 cup of anti-abortion, 2 cups of Patriotism, a dash of outspoken support for traditional values, a teaspoon of heterosexual marriage, and a pinch of charisma; stir thoroughly, preheat the oven to 1776 °F, cookfor an election cycle, and serve next to a rotten banana for contrast.

Evangelical support for Trump primarily stems from deep antipathy to Clinton and her public policy goals and strong affinity for Trump’s espoused positions. Yeah, he’s a jerk. Yeah, he’s immoral. Yeah, he’s profane. Yeah, he used to donate to Democrats and is a recent convert to the pro-life movement. But at bottom of our votes sit our bedrock religious beliefs and our political conviction that public and private virtue (as defined by God) are critical to the survival of our society. We love what he’s doing and we believe it’s good for the country, and that’s why we voted for him.