Elizabeth Tandy Shermer is an assistant professor of history at Loyola University Chicago. She has published extensively about right-to-work laws in journals, edited collections, and her first book, “Sunbelt Capitalism: Phoenix and the Transformation of American Politics.” 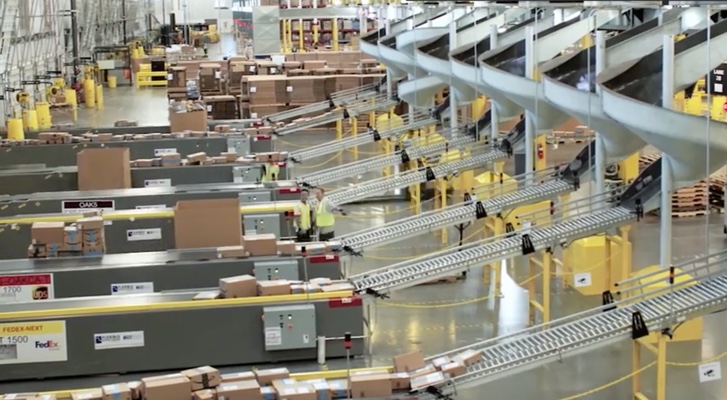 No one doubted Los Angeles, Boston, New York City, Chicago, and Atlanta would be among the twenty finalists for Amazon’s second headquarters. But a lot of commentators wondered how Columbus, Ohio could have bested many of the other 218 hopefuls. The city didn’t promise anything as outlandish as renaming the town, building an untested high-speed hyper-loop train system, or effectively building a whole new city. But Columbus has one important thing in common with all the finalists: excellent nearby primary, secondary, and postsecondary schools. In fact, when analysts assessed the finalists’ merits, they looked first at population and then at the city’s postsecondary resources. 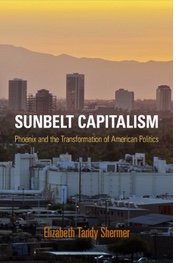 That analysis was hardly surprising. For more than fifty years, the kind of lucrative investment that HQ2 represents has only gone to and stayed in cities and states with substantial government support for primary, secondary, and higher education. Cities and states have been offering outside investors tax breaks, land deals, and infrastructure improvements for decades but the most lucrative firms won’t go or stay anywhere without the educational resources needed for research, development, workforce training, and employee retention. Yet the way policymakers underwrote these guarantees have proven detrimental to students, parents, schools, and cities in the long run.

Tax, land, and utility subsidies used to be enough in the late 1940s and early 1950s, when those kind of giveaways started luring Northeastern and Midwestern manufacturers into the South and West. In 1948, for example, Chicago-based Motorola executives claimed Cold War tensions inspired them to set up a research and development facility in far-away Phoenix. CEOs also liked the then-small city’s warm winters, which certainly helped convince engineers and scientists to leave the Windy City.

At first, investors insisted upon universities with good science and engineering programs in order to provide much needed research, development, and workforce training. Motorola executives even warned Phoenix residents that the firm would stop shifting production away from Chicago and into Phoenix if Arizonans did not aggressively expand the flailing Arizona State Teachers’ College in order to provide the firm with much needed “brainpower.” A decade later, public and private money had established the science and engineering programs for the newly-christened Arizona State University, which satisfied Motorola CEOs but also convinced General Electric executives to move their entire computing division out of Palo Alto, where the business taxes were much higher.

GE higher-ups only left Stanford’s fledgling research park because Phoenix’s K-12 schools were then good enough to please parents on the payroll. In the late 1950s, executives prized low turnover and considered good nearby schools essential to both training and retaining their workforce. That priority certainly helped spur far more investment in public schools across the country in the 1950s and 1960s, including in the South, where politicians eager for investment fought ardent segregationists despite their misgivings about civil rights activists’ demands for genuine integration.

Yet this second civil war did more harm than good. Citizens, of course, used the roads, utilities, and schools promised to executives but policymakers built a lot of this basic infrastructure with outside investors, not locals, in mind. In Phoenix, for example, the business districts had far better and cheaper city services than residential areas. The Chamber of Commerce also put extraordinary pressure on Arizona State administrators to make sure all departments supported their business agenda. General Electric, for example, occupied much of the engineering department’s offices but reneged on an agreement to let school personnel use their computer. When administrators pressured the firm, management abruptly left the campus. ASU personnel then had to work out a complicated, costly agreement with another technology firm new to the area.

Yet everyday Americans footed a disproportionate amount of the bills to subsidize this investment-focused second war between the states. Across the country, not just in Arizona, property and sales taxes climbed throughout the 1940s, 1950s, and 1960s to offset the corporate tax reductions foundational to the increasingly ubiquitous business climate. At the same time, the laws weakening workplace rights did nothing to guarantee wages and benefits would go up. Since the 1970s, working- and middle-class wages have stagnated and inequality has increased. Many Americans started to rebel against higher taxes in those years but cutting revenue only starved what citizens and businesses needed: roads, utilities, and (of course) schools.

The long-term effects of this prolonged warfare is still visible. Employment and manufacturing investment transformed backwater Southern and Western states into the Sunbelt, which far outshine the rusted Steelbelt in the 1970s and 1980s. But taxpayers never received a guaranteed return on this investment. If corporate leaders moved once, how could anyone expect them to not relocate again? Motorola eventually shuttered its Phoenix operations. General Electric also shut down its Phoenix computing division since leaving the then-emergent Silicon Valley proved foolish for a company whose early prowess in banking technology evaporated after coming to sunbaked Arizona, which was not amongst the HQ2 finalists. Yet Americans’ faith in giveaways to keep jobs and factories from going elsewhere in the country (or increasingly the world) survived Seventies stagflation, increasing automation, soaring inequality, declining job security, and even the Great Recession. Chicago and Philadelphia, for example, stood out amongst the finalists for the tax benefits it promised Amazon.

But the HQ2 bidding frenzy included signs that Americans may finally be weary of this ongoing investment battle. Journalists openly mocked crazy proposals, economists emphasized that giveaways may not yield long-term gains, and big-city mayors openly declined to compete for this investment. Bill de Blasio even publicly refused to promise excessive tax benefits in order to put his constituents, not corporations, first. That strategy to remove New Yorkers from the ongoing competitive race-to-the-bottom may well pay off: the Big Apple is one of the finalists. It likely stood out, like all of the remaining contenders, for the excellent schools and universities that have already been serving local residents and investors.