The “Conservative” Label is a Misnomer 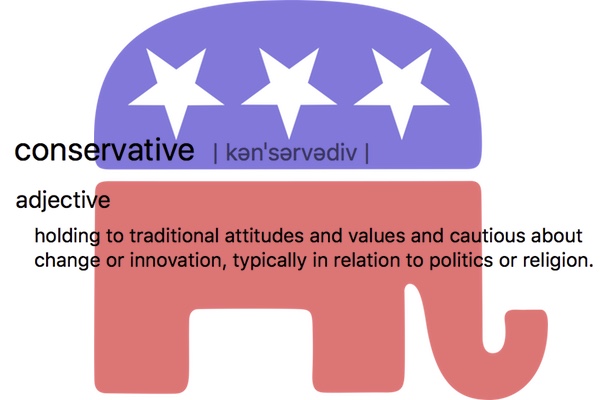 Modern Western conservatism came into being in response to the American and French Revolutions. Like liberalism, it has waxed and waned as a political movement during the decades since. According to some historians, the origins of contemporary American conservatism can be traced to the 1920s, only to fade during the New Deal. Its subsequent resuscitation is probably best dated to 1950s and 1960s. 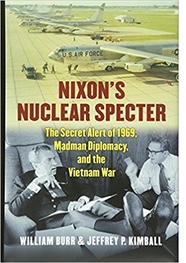 Some key historical signposts then and after include the following: The founding of the National Review magazine in 1955, and the publication of Ayn Rand’s Atlas Shrugged in 1957. White Southern reaction to the Civil Rights revolution of the 1950s and 1960s, which ultimately led to majority-white affiliation with the Republican Party. The revived political activism of conservative Evangelicals during that same period, which would include – along with the Catholic Church – opposition to legalized abortion. The Republican Party’s nomination of “Mr. Conservative,” Barry Goldwater, as its presidential standard-bearer in 1964, followed four years later by Richard Nixon’s “Southern strategy.” The creation and articulation of the Vietnam War stab-in-the back legend by President Nixon and pro-war hawks, which blamed America’s miring and ultimate defeat in Vietnam on liberals, Democrats, the antiwar movement, and the press. The ascension of Ronald Reagan to the presidency in 1980. The launching of Rush Limbaugh’s national radio talk show in the 1988 and of Fox News TV Network in 1996. The ascension of Newt Gingrich to the US House of Representatives speakership (1995-1999). The emergence of the Tea Party in 2008. The Supreme Court’s decision in Citizens United v. Federal Election Commission in 2010. The forming of the so-called House Freedom Caucus in 2015, and the surfacing of Donald Trump’s 30-something percent “base” of supporters in 2016.

These definitions are unhelpful and misleading. Self-proclaimed political and social conservatives are not necessarily inclined to support or maintain the “traditional” social order – that is, long-standing majority views, conditions, institutions, or legislation. These include government regulation of corporations, banks, and Wall Street, progressive income taxes, Social Security, Medicare, Medicaid, public education, civil rights, voting rights, environmental regulations, and public-lands conservation. Self-identified conservatives also oppose other traditional institutions, practices, and measures, such as the United Nations, international standards for the treatment of prisoners of war, labor unions, collective bargaining, fair labor standards, and, for some, public fluoridation of water. The measures conservatives oppose were legislated, created, or practiced 50 to 100 or more years ago.

Nor do many self-proclaimed conservatives embrace the 242 year-old, traditional proposition in the Declaration of Independence that “all men are created equal” – i.e., “men” as in “all humans,” including people of color and women – as Americans later discovered through war, political activism, and moral evolution. Moreover, so-called conservative Constitutional “originalists,” such as the late Justice Antony Scalia, were and are ever ready to reinterpret the US Constitution to serve their prejudices or benefactors. This was the case, for example, in the 5-4 conservative majority decision in the District of Columbia v. Heller (2008) decision, which, along with other decisions, applied a loose interpretation of the Second Amendment by asserting the individual's right to possess a firearm unconnected with service in a militia, while also limiting the state’s power to regulate arms.

Although many conservatives express opposition to “big government,” their anti-statist stances have varied widely, depending on the issue at hand. When it serves their interests, they do not hesitate to use the apparatus of the Federal government to achieve their ends – just as Senators and Representatives from Southern slave states did when enacting and enforcing the Federal Fugitive Slave Law of 1850.

To be sure, there are factions of conservatives: the far Right (e.g., American Nazis, fascists, and Breitbart owners, writers, and readers), paleocons, neocons, the religious right, libertarians, Tea Party populists, the Freedom Caucus, “moderate” Republicans, certain corporate elites, NRA executives and many NRA members – along with other factions. Their views and goals vary on specific issues. Nonetheless, somewhere in their minds, they share a common conservative core of ideas, notions, and emotions. In his book, The Reactionary Mind, political scientist Corey Robin argues that there is a fundamental “reactionary thrust” in conservatism – namely, the conviction that “some are fit to rule others.” Quoting George Nash, he adds: conservatism is “resistance to certain forces perceived to be leftist, revolutionary, and profoundly subversive of what conservatives at the time deemed worth cherishing, defending and perhaps dying for” – and which challenges their perceived self-interest. Conservatism in all its forms is oppositional and reactionary at its core. As Karl Mannheim argued, they oppose “other ways of life and thought that appears on the scene.”

It would be better for all if self-styled conservatives heeded the advice of the early nineteenth-century English churchman and academic, Arthur Stanley, who observed that “conservatism . . . destroys what it loves because it will not mend it.”