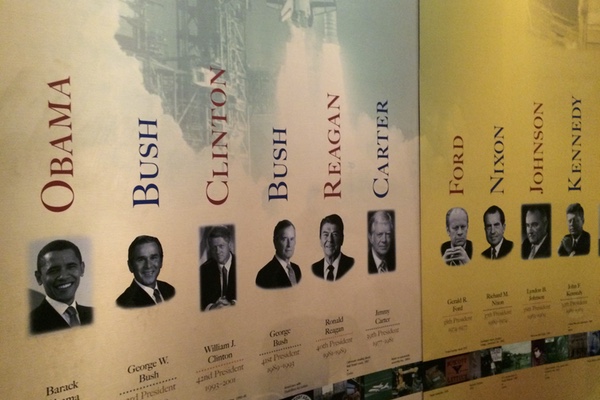 Trump: says, “I can be more presidential than all past presidents except Lincoln.” Another whopper, or what?

On July 26, 2017 in Youngstown, Ohio, six months into his presidency, Donald Trump made the startling statement, “With the exception of the late, great Abraham Lincoln, I can be more presidential than any president that’s ever held this office.” During the election campaign in 2016 he told a reporter from the Washington Post the same thing. 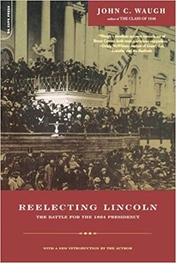 What does this mean? To Trump it means he tops forty-three other presidents in presidentiality. Here, then, are all the past presidents whom he overleaps, together with what his thoughts, comments, and quotes might be as he soars past each cluster of chief magistrates and lands finally beside Lincoln—ranked one and two.

First (going in reverse from the latest to the earliest), Trump leapfrogs every recent president from Obama to Truman—both Bushes, Clinton, Reagan, Carter, Ford, Nixon, L. Johnson. Kennedy, and Eisenhower. “All Lightweights,” he might say.

Then the two Roosevelts. FDR, he might say, should have been arrested for all that New Deal welfare legislation he strong-armed through at the expense of business—crimes against capitalism. As for Teddy, he was nothing but a rough rider. Since he is the second best presidential president, Trump might believe his own stone face instead of Teddy’s ought to be on Mount Rushmore—along with Lincoln and those other two guys.

He overleaps the gang of presidents of the last half of the nineteenth century between Teddy and Lincoln—McKinley, Cleveland (two different times), B. Harrison, Arthur, Garfield, Hayes, Grant (so unpresidential, a tanner’s son who only knew how to whisper to horses and wage war), and A. Johnson (a tailor in real life, almost thrown out of office). “Total losers.”

The others who preceded Lincoln were J. Q. Adams, Jackson (best at fighting duels, very unpresidental), Van Buren, W. Harrison, Tyler, Polk, Taylor, Fillmore, Pierce, and Buchanan. Trump shoots past them all—the worst run of presidents in the history of the world, Trump might say, who couldn’t stop the Civil War from coming. Yet it was a war so simple to prevent. Just strike a deal. “Sad.”

So that leaves us with just the two most presidential of presidents, Lincoln and Trump. It offers an occasion, therefore, to compare their presidentialities.

Lincoln: He was known widely as “Honest Abe.” He didn’t lie.

Trump: He lies all the time. It is his management style. The Washington Post counted the number of “false and misleading claims” he issued in his first 263 days in office. They numbered 1,318. If true, it is an average of five lies a day in only his first eight and a half months in office. He has doubtless already obliterated the record for presidential falsehoods. He has very likely told more lies already than Lincoln and all the other presidents combined.

Lincoln: He was noted for his compassion and kindness.

Trump: He has a reputation as a hater, defamer, and a bombastic bully.

Lincoln: He was a thinker, taking his time to ponder a problem from all sides, its consequences and ramifications, before acting.

Trump: He is a fast-draw hip-shooter, making important decisions giving little thought to the consequences, and lobbing startling salvos at people from his twitter account at three in the morning.

Lincoln: He showed respect for his political adversaries, naming all three of his chief rivals for the Republican presidential nomination to his cabinet—Seward, secretary of state; Chase, secretary of the treasury; and Bates, attorney general. Stanton, his most outspoken critic, who had called him a kangaroo and a gorilla, Lincoln appointed secretary of war, based on his ability, not his insults.

Trump: He thinks his adversaries should be thrown in jail (i.e. Hillary Clinton).

Lincoln: He learned early in his political career—challenged to a duel for it—that insulting and deriding others personally is not only unkind and mean spirited, but counter-productive. Hence he stopped doing it.

Trump: He fires off personal invective and belittling insults regularly in his late night-early morning twitters, which the New York Times wrote, “he uses like a Gatling Gun.”

Lincoln: He was liked and admired by leaders of virtually every foreign nation.

Trump: His insults, name-calling, threats, and refusal to work with other nations on such world-endangering crises as global warming has puzzled and alienated many world leaders.

Lincoln: He admired women, and was never known to have groped one. He proposed, decades before it happened, that women be given the vote. Besides, Mary Lincoln would have thrown an unsurvivable hissy fit if he ever groped one and she found out about it.

Trump: He is said to have groped many attractive young women, insulted, and bullied them, perhaps because he thought it was his right as a powerful, rich, famous, and successful male.

Lincoln: As a policy of government, he believed that if there must be a choice between man and money, it must be for the man every time.

Trump: He and his party believe the opposite, choosing the money every time—at the sacrifice of the man if necessary.

Trump: Also with his party, he believes the opposite, favoring a lowering of taxes on the rich so they can be richer, and cutting back on services for the needy to make up the deficit.

Lincoln: He believed in tearing down walls between people and nations.

Trump: He is building a wall between Mexico and the United States to keep immigrants out.

Lincoln: He was a humble man, who often thought another could better lead the country safely through a terrible bloody fratricidal war than he, and who told jokes at his own expense.

Trump: He is an evident narcissist, who admires himself and speaks of himself as the one man to “make America great again.”

Trump, moreover, said he is more presidential than any other president but Lincoln. It looks as if it might have been just another whopper to meet his quota for the day.