The Next Battle Over Monuments? It Will Be Those for the Founding Fathers. 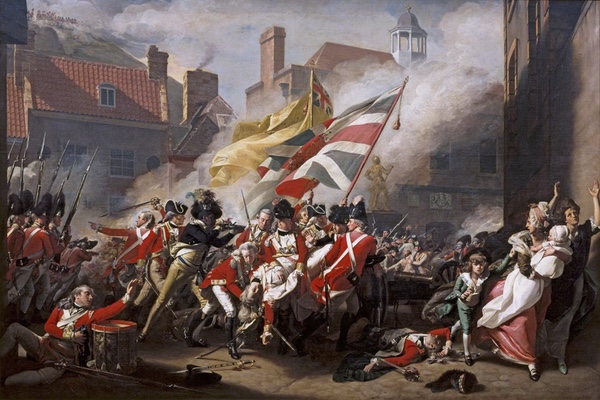 Only a very few years ago, few could have predicted the speed and vehemence with which Americans would seek to root up the symbols of bygone racism, with Confederate flags and monuments the primary initial targets. Shocked by the sudden revolution, conservatives have asked nervously just how far the movement might go: just what parts of the national heritage are safe? Will Jefferson and Washington follow Robert E. Lee into historical oblivion? However extreme such fears might appear, the likelihood of an assault on that founding generation is actually stronger than many might think. 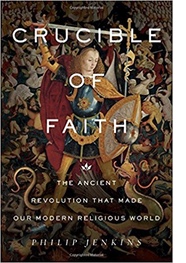 At first sight, the conflicts of the Civil War era appear radically different from other parts of US history. This was a war explicitly fought over the issue of slavery, and without slavery, it would not have happened, or at least not with remotely comparable passion and savagery. Surely, we assume, the same was not true of the time of the Revolutionary War. Yes, many of the Founding Fathers owned slaves, often on a substantial scale, and that was true not just of Washington and Jefferson but of the Madisons, Monroes, Lees, Rutledges, Harrisons, and Randolphs. Unsurprisingly, the slavery issue surfaced repeatedly in the debates over the Constitution. But the defense of slavery did not stir or drive the revolutionary cause, as it would in 1861. Many slave-owning Patriots were deeply ambiguous about the institution, and felt that its days were numbered. True abolitionism, meanwhile, was a marginal political phenomenon.

From this perspective, then, slavery was a regrettable fact of the time, but the Revolutionary War was just not about slavery, it was not a war for slavery, and it need not inspire sensitivities about racist commemoration. With some relief, like earlier generations, we can still view the struggle for independence as a paradigmatic struggle for human liberty and national aspirations, embodying at once the highest goals of Christian humanism and the Enlightenment. But as an intellectual exercise, imagine all the contemporary campaigners against white supremacy and racial oppression, in their ongoing quest to explore and purge historical vestiges of slavery and segregation, wherever they might appear. The ammunition for them in that Revolutionary era is actually quite abundant.

To understand this, we turn to an obscure British colonial official named to John Murray, the fourth Earl of Dunmore, about whom we can expect to hear a good deal in the next few years. A Scot, Lord Dunmore was the last royal governor of Virginia, where he struggled mightily to resist the revolutionary upsurge. As part of that effort, in November 1775, Dunmore issued a Proclamation that included these ringing words: “I do hereby farther declare all indentured Servants, Negroes, or others, (appertaining to Rebels), free that are able and willing to bear Arms, they joining his Majesty’s Troop.” Those fugitive slaves were not just to be freed, but armed in the British cause. Notionally, that included all the slaves of Washington, Jefferson, and the other Southern Patriots.

In the context of a slave-owning society terrified of slave revolt and bloody insurgency, this was invoking the nuclear option, and as such, the Proclamation was widely and furiously condemned. But it had a potent effect. Through the war years, and not just in Virginia, many slaves did indeed abandon their masters (perhaps a hundred thousand across the colonies) and some sought British protection. Black Loyalists became a potent element within British armed forces throughout the American colonies, where they constituted such individual units as the Royal Ethiopian Regiment, the Black Brigade, and Black Pioneers. Colonel Tye – “Titus Cornelius” – was the best-known among many lethal black guerrillas who opposed the Revolution.

One grateful response to this activity appears in a celebrated 1783 painting by Boston-born Loyalist John Singleton Copley, which is regarded as one of the greatest British visual works of that century. A ringingly patriotic work, it depicts a recent French invasion of the British island of Jersey. The central figure in the British ranks (posed under a waving Union Jack flag) is a heroic and well uniformed black soldier taking out an enemy sniper. The British had much to be proud of in their black soldiers. The best-known English man of letters of the time was Dr. Samuel Johnson, who vociferously loathed American Patriots as slave-owning hypocrites who whined about liberty. Johnson regularly horrified his London dinner guests by proposing hopeful toasts to the next Negro slave insurrection.

It would be wonderful to report that the British reciprocated the faithful service of their black Loyalists, and of course they did not. Finding refuge for several thousand refugees posed massive logistical problems at the end of the war, with attempts to relocate them variously in Nova Scotia or Sierra Leone. None of the ventures worked well, and the loyalists suffered terribly. It is a sad and often dishonorable story, a tragic ending to a brief era of hope.

Lord Dunmore was in no sense an abolitionist visionary. He owned slaves himself, and had earlier rejected demands to ban the slave trade. But the fact remains that his Proclamation, and other similar actions by local British commanders and officials, did make slavery an issue of the war, and one in which the revolutionaries, arguably, were on the wrong side. If you were a slave in the American colonies during the war years, you hoped eagerly for the advance of the British, much as their descendants prayed for Union advances in 1863. At least on Southern battlefronts, slavery and abolition genuinely were at issue during the Revolutionary crisis.

With that history in mind, it is all but certain that the next campaigns for historical commemoration will be waged against all the American heroes of that revolutionary struggle, and certainly the Southerners. Such a move would be far more sweeping in its implications than the current anti-Confederate movement, which has targeted leaders in revolt against the national government. But this next phase would seek to discredit and remove the nation’s founders – in effect, to reject the whole project of national independence as a manifestation of white supremacy. And in their place, all we would have to celebrate would be British commanders, such as Lord Dunmore himself.

I should stress that I am absolutely not calling for any such historical revisionism. In principle, I am nervous about any attempts to judge the mores and behaviors of past societies by the standards of the present, and generally, I favor leaving sleeping monuments lie. My point, though, is that the Revolutionary War era will be the next terrain for struggles over historical revisionism, and we need to prepare for the debates. It is already starting to happen.  In late October a Virginia Episcopal church dating back to the 18th century decided to move a plaque honoring George Washington because it might make some parishioners uncomfortable.