The Pentagon Has Its Commemoration of the Vietnam War. So Do Former Anti-Vietnam War Activists.

Jeremy Kuzmarov is author of The Myth of the Addicted Army: Vietnam and the Modern War on Drugs (University of Massachusetts Press, 2009), among other works. Roger Peace is the coordinator of the website, “United States Foreign Policy History & Resource Guide.” 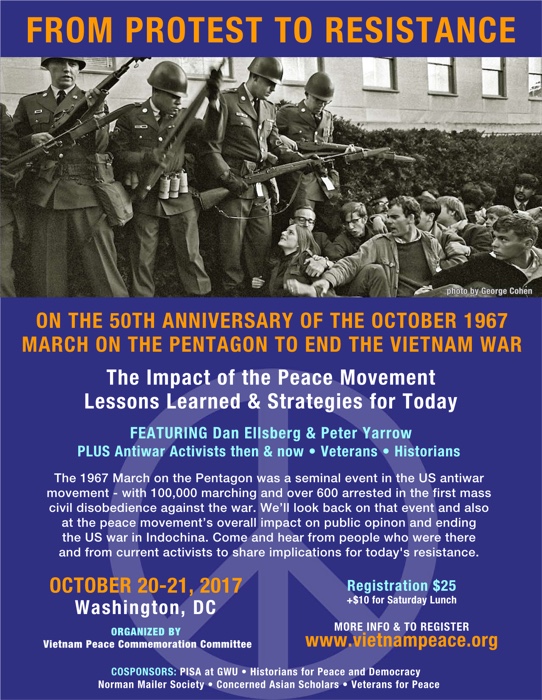 In 2008, Congress passed a law instructing the Pentagon to initiate a 13-year commemoration of the Vietnam War, beginning on Memorial Day, May 28, 2012, and concluding on Veterans Day, November 11, 2025. Congress allocated $65 million for the Pentagon to reach out to schools and colleges with the patriotic message that America should “thank and honor veterans of the war.” 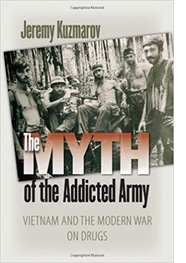 Thus far, the Pentagon Commemoration Committee has racked up over 10,800 community events. The committee has taken a rather low-key approach, seeking out willing partners rather than challenging critics of the war. Complementing this approach is an exceedingly sparse timeline of history on the committee’s website. The 1945-54 period, for example, is covered in twelve short sentences.

The reception to Ken Burns’s and Lynn Novick’s documentary film on the Vietnam War makes it clear why the Pentagon has taken such an approach. The Burns-Novick 18-hour saga has engendered much criticism from expert historians. Bob Buzzanco wrote that if the filmmakers had titled their documentary, “Stories of People Who Were in Vietnam During the War,” there would be little to complain about. “But it’s being advertised as a history of the war, and therein lies the biggest problem. Soldiers’ narratives provide moving ideas and images of the human cost of battle, but they don’t answer the larger questions about why empires attack smaller nations and virtually blow them back to the Stone Age.”

Conventional stereotypes abound in the film, whether of drug-addicted soldiers or of peace activists rudely mistreating U.S. soldiers. Jeffrey Kimball wrote, “Their coverage of the emergence and evolution of the US antiwar movement during the Second Indochina War – also known as the American War (ca. 1954-1974) – is inaccurate, disjointed, incomplete, and fundamentally negative.”

Peace activists, veterans and historians among them, have long been engaged in the effort to correct these negative stereotypes and establish their view of the war as unjust and unnecessary. Upon learning of the Pentagon’s mandate in September 2014, former anti-Vietnam War activists created the Vietnam Peace Commemoration Committee (VPCC). Its stated purpose is to “monitor the activities of the Pentagon, challenge them when necessary, and publicly elevate the role of the anti-war movement in ending the war.”

VPCC members have met with Pentagon officials and offered their input. These efforts resulted in a New York Times article in November 2016 entitled “Activists Call for Realistic Portrayal of Vietnam War on Pentagon Website,” and led to the Pentagon’s partial rewrite of its Vietnam timeline. The timeline initially glossed over the My Lai massacre, calling it the "My Lai Incident."

VPCC also sponsored a conference in Washington in May 2015, entitled “Vietnam: The Power of Protest. Telling the Truth. Learning the Lessons.” Over 600 people attended.

Another VPCC conference is planned for October 20-21, 2017, a daylong event that will commemorate the 50th anniversary of the famous March on the Pentagon. Speakers will address the historical context and recall the event itself. Another topic of discussion will be “The PBS series and Unlearned Lessons.” Among the sponsors of the event are Historians for Peace and Democracy, Partnerships for International Strategies in Asia of George Washington University, and Veterans for Peace. The event is open to the public. The cost is $25 plus $10 for lunch on Saturday.

Much has been written about the Vietnam War from different perspectives. Our own essay on the war, co-authored with John Marciano, examines the purpose and conduct of the war from the perspective of just war theory. The 80,000-word document includes over 200 images. Roughly one-third is devoted to the antiwar movement. Written for an open resource website with the general public in mind, we sought to build on the evidence of the Pentagon Papers, invoke the insights of the late Marilyn Young, and evaluate the war in light of Martin Luther King Jr.’s moral perspective.