How Charlottesville Got that Robert E. Lee Statue

Dr. Bruce W. Dearstyne is a historian in Albany, NY. SUNY Press published his book The Spirit of New York: Defining Events in the Empire State's History, in 2015. 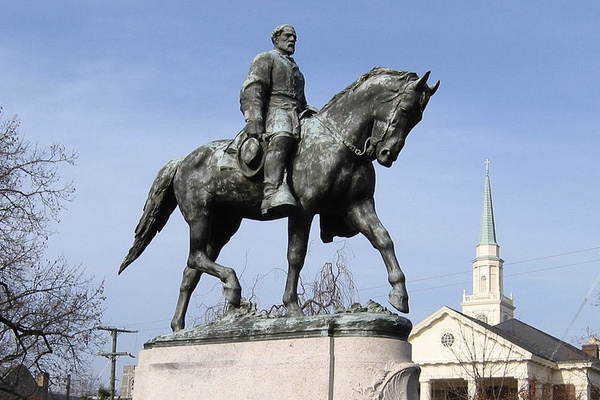 Media reports on the tragic events in Charolottesville, Virginia, on August 12 have overlooked the story of how the statue of Confederate general Robert E. Lee got there in the first place. 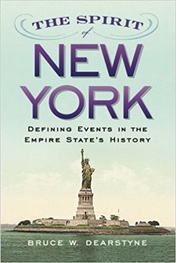 The statue was commissioned, paid for, and presented to the city by wealthy Charlottesville philanthropist Paul G. McIntire (1860-1952). He had a direct connection to the Civil War: his father, George M. McIntire, was the Mayor of Charolttesville who surrendered the city to Union forces on March 3, 1865. Paul McIntire grew up in Charlottesville but left to pursue a career in Chicago and New York City as an investor in the stock market. He made a fortune, retired to his native Charlottesville in 1918, and spent much of the rest of his life there as a philanthropist.

The second was the movement sparked by the National Sculpture Society, organized in 1896, to encourage placement of American sculpture in public buildings, parks and squares. Monuments to public figures could perform a valuable function by teaching history and inspiring patriotism.

McIntire's philanthropic efforts included a public library for his native city, endowment of schools of business (now the McIntire School of Commerce), art and architecture and music at the University of Virginia and five city parks: Lee (where he paid for the erection of the statue of Lee), Jackson (where he paid for a statue to Confederate General Thomas "Stonewall" Jackson), Belmont, Washington (in honor of prominent black educator Booker T. Washington, and intended primarily for blacks at a time of segregation when other parks were closed to them), and McIntire (named by the city in his honor). He also contributed generously to local schools and local arts organizations.

McIntire also paid for a statue in his city of Revolutionary War General George Rogers Clark (born in Charlottesville) and another statue of western explorers Meriwether Lewis, William Clark, and Sacajawea (Lewis was born near Charlottesville).

McIntire commissioned Henry Shrady, a prominent leader of the National Sculpture Society, to develop the Lee monument in 1917. It was delayed for many years because, ironically, Shrady gave priority to another project, a statue of Lee's great rival, U.S. General and later President Ulysses S. Grant. That statue, completed in 1922, stands near the U.S. Capitol.

Shrady completed a small model of the Lee statue but died in 1922 before he could finish the full-scale version. McIntire turned to another architect, Leo Lentilli, an Italian immigrant and naturalized U.S. citizen. Lentilli used Shrady's model to design the final statue.

Ironically, the demonstrators at the August 12 rally to save the Lee statue, including some who were virulently anti-immigration, were inadvertently defending a monument whose final design was made by an immigrant.

McIntire was not a proponent of racial animosity or particularly interested in commemorating the Confederacy. One of his motives was that Richmond had been erecting more statues than Charlottesville and he did not want his city to fall behind. He saw Lee and Jackson (both born in Virginia) as notable leaders from his state. Erecting their statues in the parks he had donated to the city in their names seemed to him like an appropriate civic gesture.

The Dedication of the Lee Statue: Monument to the "Lost Cause"

Those groups scheduled the dedication ceremony to take place at a gala Confederate reunion in Charlottesville on May 21, 1924. They made the ceremony into a tribute to the "lost cause" interpretation of the Civil War – the view that describes the Confederate cause as a heroic struggle against northern threats to the Southern way of life and that minimizes and denies or minimizes the central role of slavery.

Cadets from the Virginia Military Institute paraded through the center of the city, which was decorated with Confederate colors. The sculpture was presented to the City on behalf of McIntire by Dr. Henry L. Smith, President of Washington and Lee University, where Lee had served as president from 1865 to his death in 1870 and where he was buried in Lee Chapel. Three-year-old Mary Walker Lee, Robert E. Lee's great-grand-daughter, then pulled the Confederate flag draped over the sculpture away, and the crowd cheered loudly. University of Virginia President Edwin A. Alderman accepted the statue for the city of Charlottesville.

The Commander of the Virginia Grand Camp of Confederate Veterans, C.B. Linney, gave the main dedication speech. He passionately extolled the valor of the Confederate cause. "I thank God that we have lost nothing of our love for the Cause by the lapse of time, which has wisely served to intensify our devotion.... My comrades, ours is a rich heritage, oh, how rich!" The statue reminds us of "the glory, honor and immortality of the Confederate soldier." The statue should inspire us to "catch fresh courage for the battle of the morrow and swear eternal allegiance to the Cause and undying devotion to the memory of the one that is gone."

The festivities concluded with a benediction and then the crowd dispersed to celebrate at a number of parties and balls.

McIntire was and still is recognized for his civic contributions to his native city. Beginning in 1942 and continuing for many years, the city celebrated Paul Goodloe McIntire Day annually. The Charlottesville Chamber of Commerce awards the Paul Goodloe McIntire Citizenship Award annually for outstanding citizenship and civic affairs. In 2010, on the 150th anniversary of his birth, the Virginia state legislature passed a resolution recalling his work and his many recognitions and awards.

Robert E. Lee's reputation has been more erratic. In 1924, when the Charlottesville statue was unveiled, it was high. "It seldom happens that one man comes not only to embody but to glorify a lost cause," wrote Michael Korda in his 2014 book Clouds of Glory: The Life and Legend of Robert E. Lee. "It is hard to think of any other general who had fought against his own country being so completely reintegrated into national life, or becoming so universally admired even by those who have little or no sympathy toward the cause for which he fought."

In the years after the war, Lee urged his fellow southerners to accept federal authority, expressed hope about the possibility of amicable future race relations, and successfully petitioned President Andrew Johnson for amnesty and signed an amnesty oath promising to support the Constitution. (He received a full presidential pardon, posthumously, in 1975.) In death, Lee was transformed in the public mind from a treasonous traitor to something approaching a southern gentleman and military genius with a strong sense of duty, particularly to his state. There are dozens of monuments, sculptures, buildings, roads, and counties, mostly in the south, named after Lee.

More recently, Lee has been recognized as a traitor, defender of slavery and symbol of racism and white supremacy.

He is less likely to be defended as a noble leader of resistance to federal authority and more seen as a symbol of division and hate, like other Confederate leaders. The "lost cause" view of the Civil War is contributing to the white supremacy movement. The Southern Poverty Law Center estimates that there are more than 1500 monuments to Confederate leaders, mostly in the south. Monuments to Lee and other Confederate leaders and the Confederate flag, are now viewed as symbols of hatred and division that need to be removed. This led the Charlottesville city council earlier this year to vote to change the name of Lee Park to Emancipation Park and Jackson Park to Justice Park and to take down the statues of Lee and Jackson.

Many other communities are moving in the same direction, taking down Confederate memorials and banning the display of Confederate flags. Others are moving statues and monuments into museums where their historical significance and symbolism can be interpreted and explained. But as debate and action continues, it is useful to bring more historical perspective and insight into the discussion, including recalling and explaining why the monuments were erected in the first place.