Can You Rely on the Sources of News You Use? 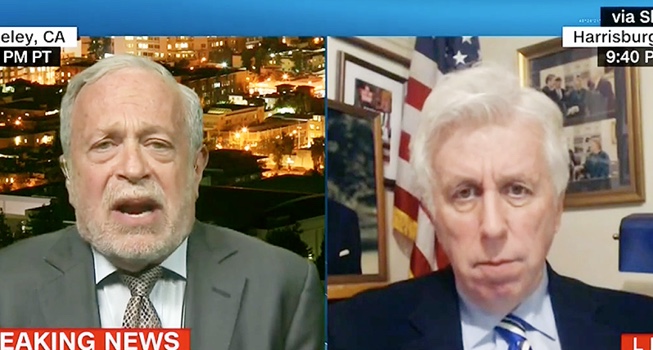 Oh the cacophony! We live in a world of shrill and conflicting claims, with the authors of each declaring they hold a monopoly on the truth. What's a conscientious person to do? The Republicans claim this. The Democrats claim that. The wealthy claim this. The impoverished claim that. What is to be believed? What is to be dismissed? I shall offer a few not entirely focused words on the subject. Taken together, they provide some help to me. Perhaps they may prove the same to you.

I try to gather my information from a wide range of sources and compare it to what I already know. In addition, I do my own research on some matters. I also listen to various sources over a stretch of time and try to make a determination on who during that time has proved trustworthy and who has not. Who during that time has lied or proved unreliable? Who has spoken carefully, been truthful, and has not only told me what they believe, but who has gone to some pains to convey why they believe it?

In following these methods, I form as few opinions as possible based on what I hear from the popular press. The popular press courts popularity. It’s what they do. We should view and listen to them guardedly. As a matter of fact, the French do a better job than Americans in protecting themselves from the popular press and in making distinctions among types of press activity. They have a tradition of commentary that they refer to as haute journalism. Americans have precious little of that, but we do have some. Chief examples would be The New Yorker, The New York Review of Books, The Atlantic, and a few others. I will freely admit that I use them with generous dashes of skepticism, but I find them more trustworthy than anything I can find in newspapers, on the internet, or on radio and television.

Also, an education, self-acquired or imbibed in the groves of academe, can enable a person to filter for bias, making determinations on the degree to which some declaration is slanted and why. This is particularly true of an education acquired in the discipline of history. A historical education trains us to expect bias and to be comfortable with it to some degree. Make no mistake, I hate lying, but I am usually not annoyed by bias. A biased point of view is not necessarily noxious. Whether writing about the English Civil War, the fall of the Roman Empire, or the origins of modernity that arose from the medieval world, well-trained and scrupulous historians will arrive at varying conclusions because of the various biases that arise from time, place, and personal tastes. Bias is unavoidable, and a drab world it would be, indeed, without it.

In that regard, social scientists such as George Lakoff have long warned us that there is bias in everything we hear and say. Previously, Theodor Adorno and others famously discovered a link between the biases of authoritarian and anti-authoritarian personalities and child-rearing techniques. The whole thing is deeply imbedded within us, perhaps even biologically. A predisposition for bias and prejudice may have equipped us well for life on the savanna, and in all likelihood we have not evolved as a species beyond that point. We may have large brainpans, but each day our behavior is based more on our biases than in our facility for logic.

However, acknowledging that bias is deeply rooted within us and in our modes of communication, does not mean that we are foredoomed to becoming the slaves of propagandists. If a person attempts to persuade us with a wide range of facts, some of which support his basic position, and some of which do not, and which seem to account for, or synthesize, varying viewpoints, that person is not likely a propagandist, or he is a very poor one. If another person, right-wing or left-wing, presents a point of view based on carefully selected facts and takes no notice of broad ranges of countervailing evidence, that person is a propagandist. Truth is not his milieu or even his chief concern. Seek out the former, flee from the latter.

Bias also has other roots. Most often in our quest for workable versions of the truth, we will be deciding what is true for ourselves based on our most heartfelt values. For example, based on my personal values, that is, my most deeply held biases, Donald Trump is too vile, too uninformed, and too temperamentally unfit to lead a nation. And it is highly doubtful that anyone could amass enough information to move me from my opinion. But I am not completely close-minded on the subject. Admittedly, that particular door is not wide open, but it is cracked and I am listening. I would welcome credible evidence that is contrary to what I currently think I know. My state of belief is always a working draft.

In wrestling with these matters, we must squarely face that we are never going to gain absolute truth on anything. However, we should muster the intellectual courage and gain enough balance to live a life in which we are capable of commitment, but still able to remain devoted to a skeptical outlook. Humor can be helpful in achieving that, for humor assists us in dealing with the weaknesses and dishonesty that we find both in others and in ourselves. An appreciation for the human comedy is an appreciation of human frailty. We are too frail, or a religiously minded person would say, too fallen, to ever arrive at unassailable truth.

In summation, if we arm ourselves with these elements of a broadminded, truth-seeking approach to life, we will be better able to deal with conflicting claims on the truth. The television and the internet will seem less ridiculous and less threatening. Life is a pilgrim's progress of each day working toward an intellectually and ethically mature outlook that allows us to know that even though we are forever destined to see through a glass darkly, we need not fall into a lazy and nihilistic relativism that will rob us of all glimpses of the truth and convince us that all claims are equal.