Can We Count on the GOP to End the Trump Presidency? 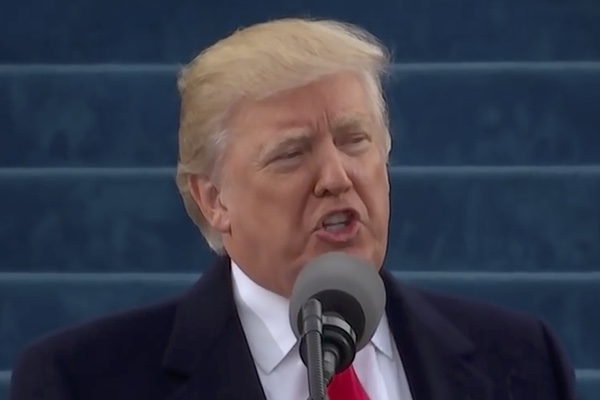 After six months of the Donald Trump Presidency, it is clear that there are a large number of conservatives and Republicans who have repudiated everything that Donald Trump represents, creating a larger opposition to a Republican President than we have ever seen from within the party and the conservative movement in the years since World War II.

Ordinarily, one would think that conservative ideologues and Republican officeholders would remain silent, but that is as far from reality in 2017 as one can possibly imagine. While many Republicans, including Speaker of the House Paul Ryan and Senate Majority Leader Mitch McConnell, continue to hold their fire about Trump’s behavior, there are many who have no problem in being critical of how Trump conducts himself in the Presidency.

Representatives have also split with Trump. Ileana Ros-Lehtinen of Florida, and Justin Amash of Michigan, Charlie Dent of Pennsylvania and Adam Kinzinger of Illinois are among those who for various reasons have joined the Trump critics, as well as former Congressmen Joe Scarborough of Florida and J. C. Watts of Oklahoma.

Then there are the GOP governors. John Kasich of Ohio and Brian Sandoval of Nevada have worked against Trump on the issue of health care. Also, Susana Martinez of New Mexico, Charlie Baker of Massachusetts, and Larry Hogan of Maryland have been strong critics, as well as former New Jersey Governor Christine Todd Whitman and former California Governor Arnold Schwarzenegger. Also, conservative Evan McMullin, who ran as an Independent in the 2016 Presidential election, gaining one half of one percent of the total national vote, and 725,000 popular votes, has become a strong and regular critic of the constitutional dangers that Donald Trump represents.

Many retired intelligence officials, including James Woolsey, James Clapper, and Michael Hayden have also spoken out strongly against the President, as has former State Department official R. Nicholas Burns and former National Security Adviser Brent Scowcroft. Also, former Presidents George H. W. Bush and George W. Bush, as well as their wives Barbara and Laura, and other members of the Bush extended family, have quietly opposed Trump and his agenda.

The opposition to Trump has been based on many factors. A leading issue has been the belief that Trump and his campaign colluded with the Russians during the Presidential campaign of 2016, and there is widespread alarm at the “bromance” that seems clearly to exist between Trump and Vladimir Putin. The danger to our national security, and the pro Russian leanings of so many Trump advisers and campaign staff, is against Republican tradition, which has strongly, been anti Russian since the rise of the Soviet Union a century ago, It still remains now with the Russian Federation. Many in the GOP hold deeply suspicious views of Putin, a former officer in the KGB Secret Police.

Another major issue is that Trump has displayed antagonism and hostility toward the Republican Party leadership; an outsider, he basically ran against the party and its heritage and is openly hostile to the Republican establishment. His reckless assault on manners and his disrespectful behavior toward John McCain, Paul Ryan, every Republican opponent in the 2016 Presidential race, and former Presidents and their aides, has antagonized members of the GOP power structure. The conviction has grown that Trump won’t listen to anyone, and that his bragging, egotistical, narcissistic, and misogynistic personality is undermining his presidency.

His lack of respect for tradition and for the reputation of the office he holds is extremely disconcerting to many who honor the history and heritage of the Presidency. His failure to learn and his widespread ignorance alarms many. He has shown little interest in policy details and is seemingly only interested in winning. He has violated norms followed by Presidents of both parties and has undermined respect for the opposition and the media. Rather than unite the country, he seems to relish polarizing it.

Trump’s horrible mistreatment of his staff and Cabinet has confounded the GOP. Why go after your own Attorney General in public? He’s even joked about firing Health and Human Services Secretary Tom Price. His constant need to be praised and honored by those who serve him, and to remind everyone of the fact that he is, in his own mind, the best President ever, except maybe for Abraham Lincoln, and that he should be on Mount Rushmore, antagonizes and exasperates many.

Trump loves pomp and circumstance too much, and is unable to control himself on Twitter, and has caused many conflicts with his wild accusations and taunting tweets. His behavior has caused many to wonder about his mental stability.  Millions fear that he could provoke a nuclear war or declare martial law if and when a terrible terrorist incident occurs on American soil. The fact that Trump is a “loose cannon” unnerves the intelligence community, the diplomatic community, the government bureaucracy, and the international community. While praising Putin he’s created uncertainty among our NATO and Asian allies. The fact that the news media assiduously is investigating and exposing wrongdoing has caused Trump to call them “fake media,” and to disparage the purpose of a free press in a democracy.

The proposal for a Mexico Wall and the crackdown on undocumented immigration, and the partial ban on Muslim immigration has caused great disarray, and has provoked growing incidents of hatred, prejudice, and discrimination. His campaign type rallies stir up the one third of the nation which is his base, but suggests an affinity for fascism. His authoritarian bent makes those who wish to preserve our civil liberties and civil rights to be apprehensive. His war on the environment alarms those who wish to maintain the gains made in the years since Theodore Roosevelt, and later Republican and Democratic Presidents, and the great advancements of the Environmental Protection Agency created under Richard Nixon in 1970.

The attacks on racial (African American and Latinos) and religious minorities (Muslims) in America, on women’s rights, and on the gay, lesbian and transgender community is now in full swing as well. The social safety net created in the past one hundred years is fraying. There are many signs that Trump and his supporters want to repeal much of the 20th century’s social, economic, and political reforms under Presidents of both parties. And of course there are his repeated assaults on the Justice Department, which have led many to conclude he’s guilty of obstruction of justice. Why else did he fire the FBI Director?

Trump seems to exist to create disarray, chaos, and anarchy, unlike any previous American President. We have never had an experience like this with any previous American President. A case can be made that Trump has already committed multiple impeachable acts: colluding with Russia in 2016, obstructing justice, violating the Emoluments Clause, abusing his power through the use of far-reaching executive orders, not to mention evidence of blatant corruption on the part of those who are loyal to Trump and his vision, including family members. The level of corruption already evident makes it possible that Trump’s administration will see a greater level of corruption than under Presidents Ulysses S. Grant, Warren G. Harding, and Richard Nixon.

While it is true that not all of the controversial actions of Donald Trump are opposed by all of the extensive list of individuals listed above, there are many who have a strong conviction that Trump is dangerous to constitutional order and to the promotion of honest government based on the rule of law. It will take time for the ongoing investigation into the Trump Presidency to reach a stage where people will take action, but it seems assured that enough conservatives and some Republicans will join together with progressives and Democrats in recognition that Trump is dangerous and needs to be forced out of office by whatever legal means are available.

And for many of the list of critics above, the accession of Vice President Mike Pence would be seen as a plus, although not by progressives and Democrats. But the instability and uncertainty associated with Donald Trump is seen as likely to end under a Pence Presidency, even though it would be the most conservative Presidency since Calvin Coolidge, in many ways, to the right of Coolidge or Ronald Reagan, the other conservative favorite. So for many Republicans and conservatives, they will have won the power to promote their agenda, but be much more able to predict their direction and goals than under the unpredictable Donald Trump. Expect the eventual abandonment of Trump by Republicans as the months go by into 2018. A Pence Presidency is likely coming sooner rather than later, with the best situation for Republicans being to resolve the matter before the midterm Congressional elections next year.