It’s Americans Who Have Undermined Democracy in America

Tarik Cyril Amar is an Associate Professor of History at Columbia University. 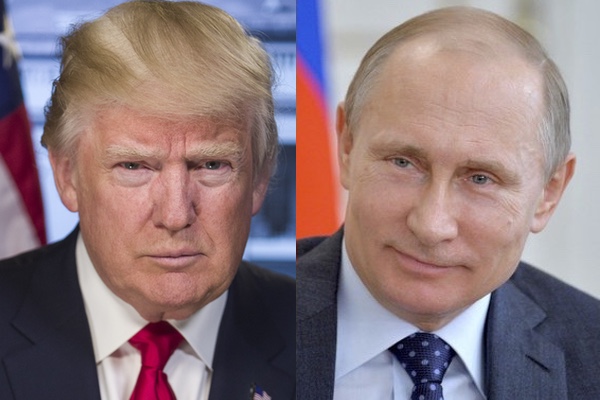 While Russian meddling is real, we need to face the fact that Putin’s not ultimately responsible for the rise of Trump.

Since democracy in America has given the most powerful office in the world to the least plausible candidate, many Americans have been reeling. The spectacle of President Trump is both sadly funny and terrifying. Even worse, that Trump became President not by some seizure of power but through an election is a national humiliation.

Small wonder then that there is soul-searching – except that, often, the soul searched is that of Russia. Russia-Gate is real: Russia’s meddling in the last election – to one extent or the other – is a fact. Yet something is still odd about what we can call Russia-Rage, the wider American response to the Russian intervention.

There is some simple self-promotion and ignorance – volunteer Western information warriors circulating blacklists of Russia’s “stooges” in a fit of Gonzo McCarthyism; reputable news organizations babbling about the “Cyrillic” regime and its “minarets” on Red Square. There also is some self-righteousness: many observers still have no issue with American meddling, including in recent Russian elections. Others assure us that the Kremlin’s mixing of business, politics, and subterfuge is “not what we do” – as little, presumably, as wars started under false pretexts, torture, or detention in legal black holes. Psychologically, a United States so powerful yet so innocent is a fascinating fantasy. But such biases are just ordinary “patriotic” reflexes common to many countries.

Something more important emerges from a little counterfactual thought experiment: what if everything had been the same – except Russia. What if Russia had done nothing?

One answer to this question is reassuring but a dead end; the other is disturbing but useful. The easy way out is to insist that Russian meddling was just enough to tip the balance: no Russia, no pain; no Putin, no Trump.

The inconvenient answer is that Trump could still be president, but by the grace of the USA alone. In that case. Americans, including liberals, would have to focus on how this could have happened here – and not how “they” from over “there” did this to us.

The answer to this question would, of course, point back to the many well-known yet worsening problems of contemporary America: fundamentally, disruptive inequality producing emboldened oligarchy; the capture of the country’s conservative party by capitalist ideologues; and the shift of the whole political and, as it were, common-sense center to the right. Add dated malfunctions long overdue for reform such as the Electoral College, making the votes of Americans unequal while not doing its – alleged – job as the last firewall against demagogues. Add also more recent, deliberate absurdities such as the alchemy turning corporations into people and their money into speech.

Russia’s meddling could not have gotten anywhere if American politics wasn’t so fragile. Russia’s ruler is a malevolent authoritarian but he is not a super villain – try as he might – disposing of an unbeatable arsenal of “active measures.” It’s Americans who have undermined democracy in America – so much that the Russian regime got its opportunity, even while at home it rules a country recently crushed in the Cold War, now mired in its own stagnation, and – notwithstanding the excitement about cyber this and hybrid that – decidedly inferior to the United States across the military-financial-technological spectrum, not to speak of alliances. Russia is punching far above its weight. The reason it can is not some sort of black magic left over from the dastardly Soviet Union, but the decline of American politics.

The worst thing that Russia really can do to the USA is to distract it from facing its own problems – from that genuine new thinking once urged by its greatest president in its deepest crisis.

There is an alternative to focusing on a hard look at yourself – and it has been tried: ironically, Russian politics – under Communism and after – have long been poisoned by blaming others, most of all the USA. And there, too, some outside meddling was real. Yet, as in America now, it was not decisive. It did not destroy the Soviet Union or what little democracy followed it. That was an inside job, carried out, first, by arrogant ideologues obsessed with a dogma about how the economy relates to politics, then by greedy oligarchs and a bullying strongman. Sounds oddly familiar? There is a way in which the USA can become more like authoritarian, oligarch-ridden, and stagnating Russia – but it won’t be because of Russia. Is a weakness for Russia America's last excuse?