A Party in Secret Passes an Overwhelmingly Unpopular Law. We’ve Been Here Before. It Ended in Disaster.

Michael Todd Landis is an Assistant Professor of History at Tarleton State University and author of Northern Men with Southern Loyalties: The Democratic Party and the Sectional Crisis (Cornell 2014). He is also editor of the Historians Against Slavery Blog. 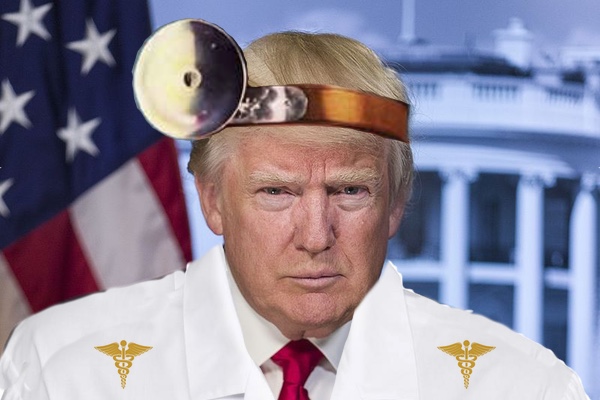 Pundits are abuzz in July 2017, speculating about the prospects of the Republican healthcare plan. The bill, entitled the American Health Care Act (AHCA), was drafted in secret and includes provisions that are wildly unpopular with the vast majority of Americans, including a rollback of Medicaid and tax cuts for the wealthy. Can such a bill pass both houses of Congress? Observers wonder. And what effect would passage have on the Republican Party? 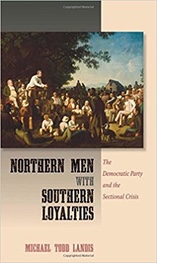 The Republican position in 2017 is eerily similar to Democrats in 1857 when the party was determined to pass a bill that was cloaked in secrecy and detested by most voters. The Lecompton Constitution of Kansas was pushed through Congress, but with dire consequences for both the Democratic Party and the nation.

In the antebellum era, the Democratic Party was the tool of the Slave Power, created and ruled by enslaver oligarchs who used the power of the federal government to spread slavery across the western hemisphere. By mid-1857, they had succeeded in permitting the spread of slavery in many of the new western lands forcibly taken from Mexico, but were frustrated by the civil war raging in the Kansas Territory. Created in 1854 by the infamous Kansas-Nebraska Act, the Kansas Territory erupted in violence when armed pro-slavery Southerners, primarily from Missouri, began attacking anti-slavery settlers. The majority of the territorial population opposed slavery, but pro-slavery terrorists, supported by the Democratic administration of President Franklin Pierce, seized control of the territorial government and manipulated elections and laws to their advantage. Anti-slavery residents refused to accept both the spread of slavery and the unelected rule of Missourians.

The fraudulent pro-slavery government of Kansas produced a pro-slavery constitution in preparation for statehood. The constitution, named after the town of Lecompton, where it was drafted, did not have the support of the territorial population, did not represent their values, and, like the AHCA, was not presented to the public. Nevertheless, it was sent to Congress for approval. Determined to bring Kansas into the Union as another slave state (and thus increase their power in Congress and the Electoral College), white Southerners rushed to push the bill through. In addition, Democratic President James Buchanan, who had publicly pledged to put the constitution to a vote, reneged and disavowed his own territorial governor. When Northerners discovered that the constitution had been crafted in secret and would not be put to a popular referendum in Kansas, opposition to the bill exploded. Calling it a “swindle” and “grand fraud,” the anti-slavery Republican Party led the charge against it.

The battle over the Lecompton Constitution began in the US Senate, where Southerners demanded passage of the bill regardless of its unrepresentative nature and bloody origins. Almost immediately, Lecompton caused a deep rift in Democratic ranks. Some Northern Democrats, who had seen their colleagues cut down at the polls after the Kansas-Nebraska debacle and who understood the unpopularity and profound unfairness of the constitution, rose to join the Republicans in opposition. The proposed constitution, announced Democratic Senator Stephen Douglas of Illinois, was “a system of trickery and jugglery to defeat the fair expression of the will of the people.” Do you intend “to force a constitution on the people against their will, in opposition to their protest, with a knowledge of the fact?” Indeed, Douglas exposed the true intent of the measure: to force slavery on an unwilling populace. White Southerners were no longer willing to allow territories to vote on slavery, and demanded its spread regardless of electoral politics. Not allowing Kansans to vote on their own constitution, anti-Lecomptonites argued, violated basic principles of representative government.

Fierce public outrage, Republican opposition, and Douglas’s lonely stand, however, were not enough to prevent passage by the Senate. Enough Northern Democrats stayed loyal to the Slave Power to give Southerners and slavery the victory.

In the House, Republicans held more seats and Northern Democrats were far more susceptible to public pressure. Unlike their associates in the Senate with cushy six-year terms, House members stood for election every two years. Pro-slavery Northerners in 1857 looking to support Lecompton would have to face their constituents in a matter of months. To win the House, the Buchanan administration employed all manner of cash bribes, political threats, patronage promises, and parliamentary tricks. Moreover, Democratic leaders created a committee wherein members pretended to be anti-Lecompton but were secretly working for the administration. White Southerners and President Buchanan were determined to force slavery on the people of Kansas at all costs.

The fight in the House was epic, with members even resorting to fisticuffs on several occasions. Nevertheless, administration efforts paid off. The House passed the bill on April 30, 1858; the Senate quickly ratified it.

Democrats and President Buchanan had achieved a tremendous victory: getting a wildly unpopular bill that violated basic tenets of republic government through Congress. But at what cost? The people of Kansas rejected the constitution (preferring to remain a territory until 1861), Northern Democrats failed at the polls that fall, and the Democratic Party fracture started by Stephen Douglas became a unbridgeable gulf. Two years later, in the presidential election of 1860, Douglas and his anti-Lecompton supporters bolted the party and ran against the Democratic nominee, Kentucky enslaver John Breckinridge.

Republicans in 2017 have much to learn from Democrats in 1857-58. The fruits of victory can be bitter indeed. Democrats in 1858 may have won the political battle over Lecompton, but they lost the larger partisan war, as their party slid into minority opposition for a generation and the nation suffered a cataclysmic civil war. If President Trump is willing to follow in the footsteps of James “Old Buck” Buchanan and throw the entire weight of his administration behind loathsome legislation, he should be willing to accept the consequences: party fracture, long-term unpopularity, and national crisis.