The GOP’s Pattern of Denial Is Usually Followed by Acceptance

Dr. Bruce W. Dearstyne is a historian in Albany, New York. His most recent book is The Spirit of New York: Defining Events in the Empire State History. 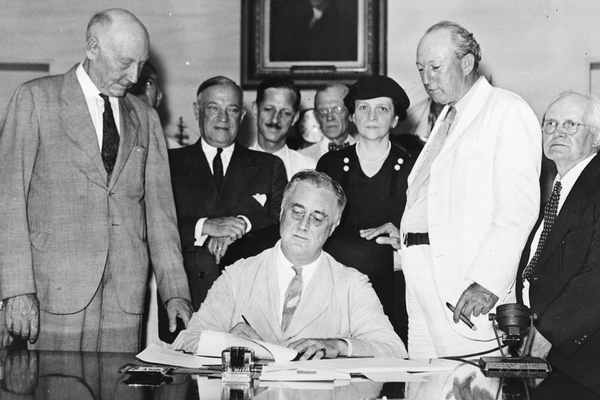 The Republicans campaign against the Affordable Healthcare Act (AHA, usually called Obamacare) has some reverberations of their eight decades of on-again/off-again engagement with Social Security.

Republicans opposed the passage of the AHA in 2009 and 2010. Between 2011 and 2016, the Republican dominated House of Representatives voted to repeal all or part of it more than 50 times. Donald Trump made "repeal and replace" a centerpiece of his 2016 presidential campaign. After a couple of false starts, the Republican dominated House voted in May for major overhaul and reduction of benefits. In June, the Senate developed its own bill but Republican Majority Leader Mitch McConnell decided not to vote on it because too many members of his own party expressed opposition. 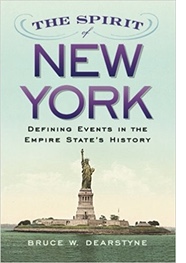 The bill is being revised and the Senate will probably vote on it in July. If it passes, the House and Senate bills need to be reconciled.

Wrestling with Obamacare has been difficult for the GOP. History suggests that the final result will not be "repeal and replace" Obamacare but instead revising and modifying it.

Reviewing Republicans' policies for Social Security over the years sheds light on their current dilemmas with Obamacare.

Opposition in the Beginning

Democratic President Franklin D. Roosevelt signed the Social Security Act on August 14, 1935. Its most important feature was providing modest pensions for people over 65 years old, based on payments by employers and employees into a special fund, starting January 1, 1937. Most Republicans opposed the plan, some calling it incipient socialism, but in the final vote, 81 Republican Representatives and 16 Republican Senators voted yea.

But the 1936 Republican National Platform advocated replacing it with "a pay-as-you-go policy which requires of each generation the support of the aged and the determination of what is just and adequate." It would be a limited program for elderly people in need, administered through the states, based on grants to them from the federal government.

Kansas governor Alfred Landon, the Republican presidential nominee that year, attacked the New Deal for excessive spending and regulations. In a September campaign speech, "I Will Not Promise the Moon," he called the Social Security law "unjust, unworkable, stupidly drafted, and wastefully financed" and "a glaring example of [New Deal] bungling and waste."

"It assumes that Americans are irresponsible [and] that old-age pensions are necessary because Americans lack the foresight to provide for their old age," Landon said.

Landon's business supporters picked up on his attack. Some workers found a message in their pay envelopes. "Effective January 1937 we are compelled by a Roosevelt New Deal Law to make a one percent deduction from your wages and turn it over to the government. You might get this money back ... but only if Congress decides to make the appropriations for this purpose."

Roosevelt responded in a radio address on October 31, 1936. "Every message in a pay envelope is a command to vote according to the will of the employer," he insisted. The Republicans were allied with the "old enemies" of democracy — "business and financial monopoly, speculation, reckless banking, class antagonism ... forces of selfishness and lust for power."

Most voters liked the president's New Deal program, including Social Security. FDR won in a landslide.

Shifting Slowly from Opposition to Acceptance

Four years later, in 1940, Republican presidential nominee Wendell Willkie warned a campaign audience that "you will never collect a dollar of your Social Security" because FDR would divert the money to wasteful New Deal programs. A chorus of critics, including Republican New York City Mayor Fiorello LaGuardia, called that claim alarmist. Chastened, Willkie explained that he really had "no issue on Social Security" but had just meant to convey alarm about New Deal spending. The voters again re-elected FDR.

In 1944, the Republican Party Platform specifically indicated the party's acceptance of Social Security and promised "fair and just administration" of the law. Social Security was not an issue in 1948. Dwight Eisenhower, elected in 1952, endorsed Social Security, pushed to expand its coverage, and created a new Department of Health, Education, and Welfare to administer it and related programs. The 1960 Republican campaign platform cited Eisenhower's expansion of the program and promised to strengthen it.

Republicans seemed to have made their peace with Social Security once and for all.

Acceptance Alongside Proposals for Alternatives

But in 1964, Republican presidential nominee Barry Goldwater said Social Security should be made voluntary. Democrats launched a television commercial featuring two hands ripping up a Social Security card, with a voice-over warning Goldwater would "wreck your Social Security." Goldwater backpeddled, by the end of the campaign insisting that "I favor a sound Social Security system and I want to see it strengthened." His waffling on the issue contributed to his defeat by president Lyndon Johnson.

The Republicans seemed supportive after that. President Ronald Reagan signed a bill in 1983 to strengthen Social Security. "This bill demonstrates for all time our nation's ironclad commitment to Social Security," he declared. "It assures the elderly that America will always keep the promises made in troubled times a half a century ago."

Once again, the Republicans seemed reconciled to, and supportive of, Social Security

In his 2005 State of the Union Address however, President George W. Bush, asserting that Social Security was heading for financial insolvency, said that "we ... have the responsibility to make the system a better deal for younger workers. And the best way to reach that goal is through voluntary personal retirement accounts.” Democrats and other critics responded that the president's real purpose was to privatize and destroy Social Security. Few Republicans supported the proposal. Bush quietly dropped it.

In 2012, Republican nominee Mitt Romney indicated support for Social Security but with some modifications, e.g. gradually increasing the age for collecting benefits.

During the 2016 presidential campaign, Donald Trump committed to continuing Social Security. He affirmed that the nation has an obligation to its seniors to fulfill its commitment to pay their Social Security benefits. But he indicated that the way it is funded and administered might need some revision.

In March of this year, however, Mick Mulvaney, Trump's Director of the Office of Management and Budget, a former congressman known for taking a hard line against excessive government spending, introduced a new note of uncertainty. He said that Social Security benefits may need to be reduced to help balance the budget.

History suggests several insights from Republicans' ambivalent stances on Social Security that can shed light on their dilemmas in wrestling with Obamacare:

* Republicans historically have been skeptical about big government programs. They often regard them as cumbersome and wasteful, burdened by too many administrative offices and regulations, and out of touch with people's real needs.

* They worry that "entitlement" programs such as Social Security, if carried too far, undermine individual responsibility and initiative.

* They often express concern about costs and tie that to alarm over the size of the national debt.

* They often question the constitutionality of these programs but drop that reservation after the Supreme Court rules them constitutional, as it did for Social Security in three opinions in 1937 and for Obamacare in two decisions, one in 2012 and the other in 2015.

* Republicans are inclined to delegate authority and responsibility away from Washington and to the states. Both the House and Senate healthcare bills enable the states to opt out of some Obamacare requirements. That is consistent with longstanding Republican doctrine. Mitt Romney in 2012 proposed changes to AHA that would give the states more flexibility. "States will have both the incentive and the flexibility to experiment [in developing health care plans], learn from one another, and craft the approaches best suited to their own citizens," he said.

* When they get control in Washington, Republicans have not dismantled programs like Social Security. They recognize that lots of people have come to depend on them, e.g., retirees receiving Social Security benefits and people receiving health insurance under Obamacare. Expectations have been established, an administrative network is in place, and the programs have become embedded in the nation's social and economic fabric. Moderate Republican presidents such as Dwight Eisenhower and even conservatives like Ronald Reagan accept the programs as a national commitment. But Republicans reorganize and streamline management of the programs, change benefits, and garner political credit for economical, efficient administration.

A review of the history of Social Security suggests that outright repeal and abandonment of Obamacare is unlikely. It seems more likely that federal aid, e.g., in support of Medicaid, will be reduced, states will get more authority, and coverage will be adjusted and probably reduced. But major elements of Obamacare seem likely to continue, possibly in diminished and different forms.