America in Crisis: Donald Trump Ascribes to His Victims What He Does to Them

Third in a series: America in Crisis

One of the most urgent things about America’s crisis is our need to recover our coherence in the aftermath of last year. The degeneration of political life in America was the subject of much commentary in 2016: commentary on the way Donald Trump made it nearly impossible to have a rational discussion of anything. 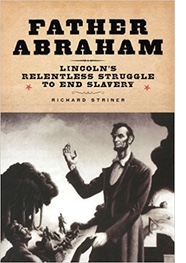 Again and again in the presidential debates, his answers to questions would veer off in weird directions. Again and again he made outlandish accusations unsupported by demonstrated facts. Over and over he turned the tables on anyone who pointed out his misdeeds by accusing them of doing to him what in truth he was doing to them.

The rise of social media abetted it. Vast numbers of otherwise normal adults became as naïve and clueless as the toddlers they were trying to raise when it came to politics. Political life in America was becoming almost infantile.

Mental health professionals have been calling attention to the scope of Donald Trump’s derangement. But the problem goes beyond his mental state. For his madness is contagious and it threatens democracy itself.

Back in 1951, an up-and-coming social and political commentator named Eric Hoffer published a book, The True Believer, that became hugely influential within a few years — it was reportedly one of Dwight D. Eisenhower’s favorite books — since it offered not only a commentary on the mass psychology of totalitarianism in the 1930s but a perspective on newer trends of political hysteria that emerged in the McCarthy era.

Hoffer argued that tyrannical mass movements imbue their participants with the thrill of belonging to a powerful “tribe” and that more and more of their identity begins to depend upon this. As they develop, such movements tend to generate sacred doctrines that serve as touchstones of faith. Hoffer called such doctrines “fact-proof screens between the faithful and the realities of the world.” He called the people who succumb to these doctrines “true believers.”

The most pernicious way to generate such “true belief” is through the method that Hitler called the “big lie” (große Lüge). He wrote all about it in Mein Kampf. The most savage thing about what Hitler wrote was its perversion. For at the very moment he was writing to explain the mechanics of a method for lying, he was practicing the method himself — perhaps unconsciously, perhaps consciously. Here is how it worked.

He said the credulous masses succumbed more easily to big lies than small ones. Of course he used the big lie method on a truly grand scale when he claimed, as an article of anti-Semitic faith, that the Jews wanted world domination. But as this master liar — who himself sought world domination — described the technique that he would use to gain power, he claimed that it was the Jews, his intended victims, who were using the big lie technique. In describing the technique, he was using it himself by imputing its use to his victims.

A neat trick: ascribing to your victims precisely what you mean to do to them.

At times the psychiatric literature has described this particular mental trick as “projection.” Hitler is far from the only maniac who has used this method for flipping reality inside out, thus transforming his followers not only into true believers but into fanatics who were brainwashed into perpetrating slaughter.

Did Hitler believe his own lies about the Jews? The question is extremely important, though perhaps unanswerable.

Psychiatrists regard “projection” as a type of “defense mechanism” that protects sick psyches from a cure. It begins with the trick that logicians used to call the fallacy of “tu quoque”—“you’re another”— by which an accusation may be deflected by accusing the accuser of doing the same thing, as if this somehow refuted the original and valid accusation. But this ploy may become such a reflex that a determined aggressor may actually come to believe that his victims are the ones who are doing to him what he is actually doing to them.

Before proceeding further into psychiatric theory, it is necessary— in anticipation of the skeptical attitudes that prevail in some circles regarding the claims of mental health professionals — to ask ourselves a simple question: have we not, each one of us, encountered in the course of our everyday lives some person or persons who are so pathologically strange in their deeply-held beliefs that no one can reach them, no one can break through the hallucinations that afflict them? Surely we have all met such people.

One of them is now the highest magistrate in the land.

Now insofar as a secret knowledge of the truth may be present in the minds of such characters —down deep— they avoid it by answering their critics with counter-attacks that throw the critics onto the defensive. This knee-jerk response becomes so automatic that they never have to wrestle with their conscience. They have put the force of conscience out of action.

They are so addicted to attack-mode responses that they crave these kinds of opportunities. They are power demonstrations and the thrill can often be sadistic. They find a deep and obscene satisfaction in turning the tables on their victims. Look at it from their point of view: you have gotten away with a crime by framing your victim, by making your victim take the rap for what you did to them. And this is fun!

A big joke. And a demonstration of the power to get away with anything, including obscenities no one else would ever have the ruthlessness (the “greatness”) to perpetrate.

This is now almost standard presidential behavior. And Trump was coached in the basic moves — decades ago — by Roy Cohn, who had learned the routine in his days as an operative of Joe McCarthy.

Back in 1954, President Eisenhower fixed McCarthy’s wagon through behind-the-scenes moves that led to the televised Army-McCarthy hearings. Ike’s theory: if Americans could see and hear McCarthy in action, they would come to their senses and his power base would dissipate. It worked. Now here’s a comparison that shows our descent into decadence: when millions of Americans saw and heard Trump in action, they put him in the office that Eisenhower occupied. They were victims of projection, victims of the big lie, true believers who programmed themselves to see what they wanted to see and who ignored what they wished to ignore.

Trump can be regarded as a master practitioner of projection but also, in the process, a victim of self-delusion. He spouts absurd accusations that the press has to cover because these accusations are news. Reporters last year began using the term “fake news” to refer to the myths Trump created. Trump’s response? To turn the tables on the press by appropriating the term they were using— “fake news” — and then applying it to their coverage. In this manner, Trump is turning our public life into a hall of mirrors where gullible citizens — many of them people who get their “news” via social media and other untrustworthy sources — are becoming little better than credulous zombies who parrot back the lies of a demagogue. Trump appears to be hell-bent on turning unreality into America’s mandatory new reality, just because he says so.

The question is becoming unavoidable: can this contagion be cured? No less an observer than Senator John McCain has wondered whether democratic institutions can protect themselves from a degradation this severe. An international dimension to these issues makes them nastier: ongoing investigations are revealing the extent to which many of the lies that have been spread by Trump and his followers might have begun as attempts by the Russian dictator-murderer Vladimir Putin to subvert American democracy by inundating our “social media” with slander.

Perhaps we are fortunate that Trump is scatter-brained and lacking in sheer mental focus. If he possessed the obsessive monomania that goaded Hitler, the danger that we face could overwhelm us. As it is, our democratic institutions are working overtime to rid themselves of this affliction by holding Trump accountable — under the law — for every single one of his affronts to our national decency and honor. But things will probably get much worse before they get better — if they do get better.