Obama Hasn’t Spoken Out Against Trump Yet. But Will He?

Ronald L. Feinman is the author of Assassinations, Threats, and the American Presidency: From Andrew Jackson to Barack Obama, Rowman Littlefield Publishers, August 2015, now out in paperback. 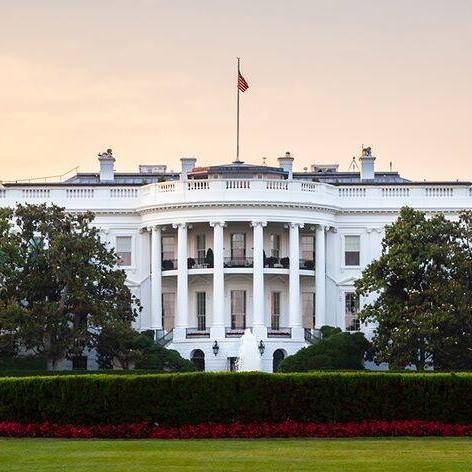 The shocking attack by President Donald Trump on former President Barack Obama, with the accusation that Obama arranged for wiretapping of Trump Tower during the Presidential Campaign of 2016, is the most stunning assault by one President against another. However, critiques of a former President against his successors is another matter, with seven Presidents—John Quincy Adams, John Tyler, Grover Cleveland, Theodore Roosevelt, Herbert Hoover, Harry Truman, and Jimmy Carter—being especially committed to criticism of those who followed them in the White House, engendering great controversy for their words and actions.

John Quincy Adams had been involved in two bitter Presidential campaigns against Andrew Jackson in 1824 and 1828. In 1824, in the first popular vote election in which all white male citizens could participate, Adams ended up second in popular and electoral votes to Jackson, but was elected by the House of Representatives, with the help of Henry Clay, who was then given the position of Secretary of State, leading Jackson to say that a “corrupt bargain” had occurred. Over the next four years, the political invective was vicious on both sides, and in 1828, Jackson soundly defeated Adams in an extremely nasty campaign of personal attacks by each candidate and their surrogates on the other.

Adams left Washington DC, after witnessing the “mob” celebrating Jackson’s inauguration at the White House in 1829. But Adams was determined to return to the capital. He was elected to the House of Representatives nine times. He became a major critic of Jacksonianism. He vehemently objected to the forced removal of five native American tribes (The Trail of Tears) to Oklahoma, and the ban of abolitionist literature from the US mail. (Adams was strongly opposed to slavery and its expansion.) Through the end of his life he continued to fight for his ideals, opposing Martin Van Buren, John Tyler, and James K. Polk on the issue of slavery and its expansion.

When Abraham Lincoln became President in 1861, he had to deal with John Tyler’s strong opposition to his policies during the first year of the Civil War. Tyler tried to promote a peace convention in Virginia to avoid the start of the conflict, but failing that, repudiated his American citizenship and was elected to the Confederate House of Representatives (though he died before taking his seat). The federal government refused to honor him in death with a ceremony.

Grover Cleveland, losing to Benjamin Harrison in the Presidential Election of 1888 due to the Electoral College, became a strong critic of Harrison’s decision to increase the protective tariff and promote silver coinage. Cleveland also opposed the Harrison Administration’s attempt to promote a treaty with the new American government in Hawaii, which had helped to overthrow the native Hawaiian monarch, Queen Liliuokalani. When Cleveland defeated Harrison in 1892 and returned to the White House, he withdrew the Hawaiian treaty.

When William McKinley succeeded Cleveland in the Presidency in 1897, Cleveland became a vehement critic of America’s engagement in the Spanish American War, and the acquisition of Puerto Rico, Guam, and the Philippine Islands from Spain. Cleveland continued to object to the annexation of Hawaii, openly opposing the congressional resolution adding Hawaii to the US as a territory. He continued his resistance to expansionism, becoming an outspoken leader in the Anti Imperialist League. He strongly opposed McKinley’s decision to put down the Filipino Insurrection.

TR became a major critic of his own chosen successor, William Howard Taft, when Taft fired TR’s good friend, Gifford Pinchot, as head of the US Forestry Service, and when TR realized that Taft was not pursing the same progressive goals he had championed, and had expected Taft to pursue. Their bitter rivalry led to TR’s Bull Moose Progressive Party candidacy in 1912, when he was unable to wrest the GOP nomination from Taft. In the battle leading up to the convention and during the general election both Taft and TR hurled personal insults at one another.

TR openly scorned Woodrow Wilson, whose election TR guaranteed by splitting the GOP vote. Roosevelt was angry that Wilson stole many of his progressive ideas (which helped Wilson win a second term). When the first World War began TR objected to Wilson’s decision to keep the United States neutral. After the Lusitania and Sussex crises of 1915-1916, TR became furious that Wilson negotiated agreements with Imperial Germany rather than call for a declaration of war. With war waging in Europe TR volunteered to lead US troops to Germany when and if America went to war; Wilson rejected the offer. From that point on TR was a fierce, maniacal critic of Wilson and his war policy and peace plans, including the proposed League of Nations. Roosevelt was getting ready to run again for President in 1920, when he suddenly died in January 1919.

Herbert Hoover, who had once been friends with Franklin D. Roosevelt, became his harshest critic once FDR defeated Hoover for the Presidency in 1932. He attacked every aspect of the New Deal, publishing many studies critical of the programs FDR championed. He also became a leading isolationist in foreign policy, and was one of the major critics of FDR’s policy toward Nazi Germany, Fascist Italy, and Imperial Japan once World War II began in the fall of 1939. He was a charter member of the America First Committee in 1940-1941. Hoover never stepped foot in the White House during the Roosevelt years, although he was invited by Harry Truman to lead a commission to reorganize the federal government after the war.

Truman, a man known for speaking without restraint, became a harsh critic of Dwight D. Eisenhower, although at one point, he asked Ike to run for President in 1948 with Truman being his running mate. But bad blood developed once Ike decided to run for President as a Republican in 1952 and became a harsh critic of Truman’s administration. Adding Richard Nixon to the ticket also undermined any possibility of Truman and Ike getting along, as Nixon had long attacked Truman as “soft on Communism” during the Red Scare.

Jimmy Carter, the longest surviving President out of office, more than 36 years in 2017, has been a controversial critic of all of his successors. He has been outspoken on both domestic and foreign policy issues under all five Presidents who followed him, including fellow Democrat Bill Clinton, even while agreeing to assist Clinton by visiting North Korea and Haiti. Carter was also sharply critical of Clinton during the Monica Lewinsky scandal. Carter denounced Clinton’s pardon of Marc Rich and raised questions about the Clinton Global Initiative, which relied on donations from wealthy people, some of whom had unsavory associations. (In the 2008 primary Carter endorsed Barack Obama over Hillary Clinton.)

Carter was highly critical of George W. Bush’s decision to invade Iraq. When Obama began using drones to attack suspected terrorists, Carter assailed Obama. Carter also chided Obama for failing to close down the Guantanamo Bay detention camp. And he didn’t stop there. Carter declared that the United States in the 21st century had lost its moral leadership. He condemned the use of the federal surveillance programs revealed by Edward Snowden in 2013.

When Obama was inaugurated in 2009, all the four former living Presidents were photographed with Obama as a group, but with Carter standing off on the side, separate from the two Bushes, Clinton, and Obama, testimony to the fact that Carter has always separated himself from other former Presidents.

It is clear that these seven Presidents were the most active in criticism of their successors. All seven were willing to make controversial statements about their successors, but interestingly, only TR and Truman are rated highly in historical rankings, while JQ Adams, Tyler, Cleveland, Hoover, and Carter range from average (Adams, Cleveland, Carter) to below average (Hoover, Tyler), based on the C Span 2017 Presidential Historians Survey.

Every indication is that Barack Obama as a former President is likely to actively criticize his successor, Donald Trump. Trump is certainly giving Obama grounds.