The Other Jefferson We Seem to Have Forgotten

Kevin Gutzman is Professor and Chairman in the Department of History at Western Connecticut State University and a faculty member at LibertyClassroom.com. His latest book is Thomas Jefferson - Revolutionary: A Radical's Struggle to Remake America (St. Martin's Press, 2017). 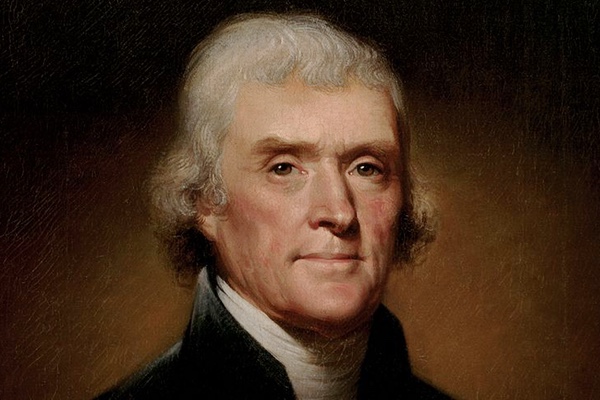 Thomas Jefferson’s reputation has taken substantial hits lately. In the wake of Annette-Gordon-Reed’s Thomas Jefferson and Sally Hemings: An American Controversy, which was soon followed by consistent though not conclusive DNA evidence, most scholars accepted that Jefferson had fathered at least one child by a slave woman. Though prominent anti-Jeffersonian Forrest McDonald disagreed, the term “Master of Monticello” took on a new meaning—often crowding out the rest of his story. 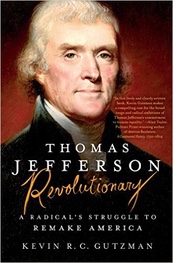 Yet the rest of the story is truly momentous: Thomas Jefferson was the most successful statesman in American history, one whose impact on aspects of American life great and small is all around us. Some of his successful initiatives, such as moving Virginia’s capital from Williamsburg to Richmond and inaugurating the hearty American tradition of patterning public buildings on ancient models were his ideas. Other ideas include his recommendation of a decimal coinage system to the Confederation Congress – an idea that seems commonsensical to us, but which no country had thought to establish until ours did.

Of greater moment were two land-related measures. First, Jefferson had the idea at the American Revolution’s very beginning that the landholding aristocracy of colonial Virginia (of which he was a product) had to go. Unless it were abolished, there could not be a republican society in the Old Dominion. He urged his House of Delegates colleagues to get rid of primogeniture (inheritance by the oldest son alone) and entail (which kept the present holder from dividing his landholdings, thus sustaining the great magnates from generation to generation). At a stroke, they did.

Historian Holly Brewer calculated in a brilliant journal article nearly a generation ago that when the Revolution began, two-thirds of today’s Virginia was in the hands of approximately eighty-five families. In other words, each of those families owned on average just over three hundred square miles of Virginia land—an area twice the size of the island of Barbados, or half the size of one of my state of Connecticut’s eight counties. By the time of Jefferson’s death on July 4, 1826, about a half-century after his land reform, the great estates had all but disappeared.

Some of Jefferson’s contemporaries decried this measure. They lamented that the proud, old manor homes seemed to be wasting away. One opined that only a man with no sons would have written such a law. Jefferson once classed this measure as his greatest accomplishment.

But there were many others. Take, for example, the Louisiana Purchase. The grand expanse of land from the Spanish border into the great northern unknown came to Jefferson mainly unbidden, and he had a difficult time reconciling purchase of the entire territory with his constitutional scruples. In fact, he never did so reconcile his words and deeds. Yet, it surely ranks with John Jay’s feat of securing British recognition of American rights to the area between the Appalachians and the Mississippi in the Treaty of Paris as one of the two great diplomatic achievements in American history. Napoleon’s decision to include the whole vast expanse in the area he offered Jefferson’s diplomats when they asked to buy New Orleans would never have been made if Jefferson had not had the temerity to ask. Where America’s western boundary would be in that case is hard to say.

The USA is not just a landmass, a great expanse on a map. Rather, it is a particular place inhabited by particular people with certain customs and traditions, habits and principles. One of the most important of those principles owes its place in the American catechism to Jefferson more than to anyone else. I mean the freedom of conscience.

Looking back on his career from a retired old man’s vantage, Jefferson judged the struggle to disestablish Virginia’s colonial church, the Episcopal Church, as the most difficult political contest of his life. Prominent House of Delegates leaders such as Edmund Pendleton, Robert Carter Nicholas, and Patrick Henry opposed him in it, and thus he succeeded in the first years of Virginia’s republican career only in stopping collection of taxes to support the state church.

Nearly a decade later, however, his friend James Madison took advantage of the opportunity presented by common Virginians’ rejection of Henry’s proposed General Assessment for support of Christianity to dust off Jefferson’s bill and push it to adoption. Madison wrote to Jefferson, then in France, with the glorious news that Virginians had forever put an end to attempts to control the mind of man. We who survived the 20th century may not share Madison’s Enlightenment optimism, but we can share his delight at Virginia’s decision that “Almighty God hath created the mind free,” and so government could not rightly impose religion on individuals or punish them for their beliefs or practices.

As president a decade and a half later, Jefferson famously noted that the US Constitution’s First Amendment made the principle of disestablishment enforceable against the Federal Government just as Virginians had opted to impose it upon their state government. In time, with great help from Jefferson’s metaphor (“a wall of separation between church and state”), something like this idea would become central to Americans’ political science. Along with George Washington’s principles that generals are subordinate to civilians and that presidents retire, as well as the republican principle that rulers are periodically accountable to the ruled, it may rightly be considered one of our most important and beneficial political commitments.

Thomas Jefferson struggled over his lifetime with the question of how to republicanize the monarchical society into which he had been born. Part of his work involved resisting the inconsistent political project for which Alexander Hamilton stood. Jefferson believed from early in the 1790s that Hamilton intended to make Americans more prosperous and powerful by adopting an anglophile political economy that would make them markedly less equal and less free. In the 1790s, his party ultimately persuaded the people that the Republicans, not the Federalists, represented the Revolution as they understood it.

One might object, “But what about slavery?” While Americans of a century ago tended to ignore this question, we do not. Nor, perhaps surprisingly, did Jefferson. Rather, he believed that “all men are created equal” included slaves, and he therefore took for granted that black people as well were entitled to self-government.

The problem, as he saw it, was that Virginian whites would never give up their racial prejudice. Blacks, for their part, had a thousand reasons to resent whites. Jefferson concluded that whites and blacks must not continue to live together in Virginia. His solution was colonization, the idea that some other place than Virginia must be found for blacks to have as their own. Only there could they be truly free.

Although this concept seems shockingly foreign now, it was accepted at the time by most liberal southerners, including Jefferson, Madison, John Taylor of Caroline, John Tyler, and others—many of whom joined the American Colonization Society, of which Madison was long president. Jefferson sought a location for the colony for years. Ultimately, while Jefferson’s friend James Monroe was president, this movement culminated in founding the West African country Liberia, whose capital Monrovia is still named for Monroe today, and whose first settlers were blacks from the USA.

Abolitionists white and black opposed the colonization concept, insisting that it was a racist alternative to emancipation. To Jefferson’s mind, however, white Virginians seemed immune to the appeal of abolitionism, and he thought that freeing Virginia’s slaves without colonizing them would lead to a race war and genocide. This conviction gained strength from the Haitian Revolution, which began a little over a decade after Jefferson proposed colonization in Notes on the State of Virginia (1781) and which ended in the death or expulsion of every white person in Haiti.

One might have thought that similar reasoning would lead him to a similar policy prescription regarding American Indians. Instead, Jefferson forcefully argued in Notes and thereafter that Indians could and should be assimilated. Their rude cultural level could be ameliorated via immersion in the white man’s culture and the adoption of the white man’s way of life. In other words, certain that European culture was the most advanced ever achieved, Jefferson considered it a blessing to Indians to have them share in it.

Jefferson endeavored intermittently to extend friendly relations to various Indian peoples and to obtain their land for the United States. When push came to shove, he prioritized the latter. Thus, though Indian Removal was markedly at odds with his stated goal for the Indians, it followed logically and tragically from his behavior in high executive office.

Another theme to which Jefferson’s thinking and statesmanship returned over and over concerned education, which he considered vital to a people preparing for self-government. At the Revolution’s beginning he proposed that Virginia erect a three-tiered network of public schools: a first (three-year) level to which all children would go, an intermediate (three-year) level to which the most talented children in each elementary school would advance, and a reformed College of William and Mary for the best of the best. The language of his can be read as including girls, even blacks, and in correspondence he sympathized with a Quaker reformer who wanted slave children to have public schooling as well.

The chintzy Virginia General Assembly of Jefferson’s time rejected calls to pay for so ambitious an initiative, but Jefferson did at last persuade it to charter and fund the University of Virginia. Given a free hand, he laid out the school’s central grounds, designed each of the buildings, supervised selection of the faculty members, devised the revolutionary curriculum, decided on the novel methods of instruction, and even helped select the books for the library. He also recruited his friends ex-president Madison and President Monroe, among others, to serve on the initial board of visitors with him. Eventually, Madison succeeded to Jefferson’s post of rector. Today UVA is one of the finest public schools in the country, but in Jefferson’s day it was truly path-breaking. Universities all over America now are in several senses heirs to Jefferson’s vision for a public university.

In sum, then, Thomas Jefferson played the foremost role in converting thirteen backwater British colonies into a republican society unlike any the world had ever seen. While some of his central concerns—federalism, colonization, and assimilation of American Indians, in particular—seem time-bound, the overall tendency of his statesmanship pointed in an authentically radical direction. The sweep of his influence often goes unrecognized.