Mass Expulsions of Mexican Migrants Are Being Readied without Proper Planning

José Angel Hernández is an associate professor history at the University of Houston. 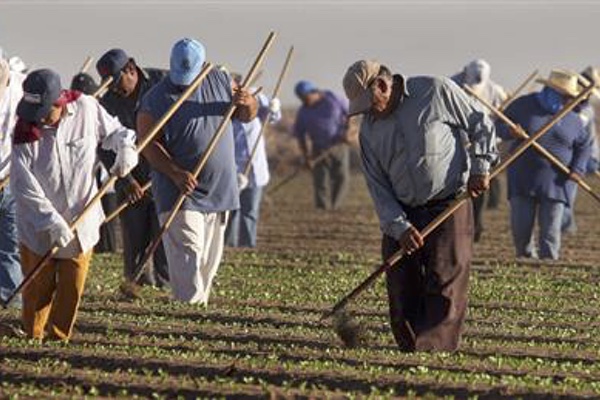 A specter is haunting the Americas — the specter of mass expulsions. The most prosperous nations of the continent seem to have entered into an unholy alliance to exorcise this specter, and the United States appears to be leading the way in the new millennium. This specter of mass deportations now being considered under a Donald Trump administration appear to answer the question of how a more globalized and interconnected world is leading to a particular singularity and whether these new phenomena will bring humanity closer or harden ethnic, national, and religious identities. On a recent interview with 60 Minutes Mr. Trump was quoted as saying: “What we are going to do is get the people that are criminal and have criminal records, gang members, drug dealers, we have a lot of these people, probably two million, it could be even three million, we are getting them out of our country or we are going to incarcerate.” Aside from the bombastic rhetoric, such an approach appears to be a continuation of the Obama approach, and the process is nothing new, as history demonstrates. However, the lack of a concerted effort, much less federal programs, from the administration of Mexican President, Enrique Peña Nieto is concerning. The deportations of the past, at least since 1848, have involved close collaboration with the Mexican government, yet there appears to be no coordinated effort to accommodate the millions of humans that have already been deported, and the specter of yet more millions.

Following the postwar period of the Mexican American War (1846-1848) the administration of José Joaquin de Herrera issued a decree on August 19, 1848 addressing “those Mexican families that are found in the United States and want to emigrate to their patria.” Issued shortly after the important July 5 “Proyectos de Colonización” of 1848, the decree was considered an extension of the Treaty of Guadalupe Hidalgo, signed on February 2. The decree formalized the creation of a Federal Repatriate Commission charged with the enormous task of repatriating and then colonizing the thousands that were to return after the end of hostilities.

To this end, the northern frontier was divided into three regions, and a commission was assigned to each. Because the New Mexico Territory was the most heavily populated, the commission for this region was considered the most important of the three. Consisting of two dozen articles, this comprehensive repatriation decree addressed a wide range of topics. These included the composition of the commission , the states that would accommodate repatriates, the particulars of the repatriates’ travel back to Mexico, responsibilities and payments to repatriates, the salaries and duties of the commissioners, and agreements with state and federal officials concerning land. Although never a perfect process, these initial efforts eventually allowed the government to pacify the border region and economically develop a border region that now constitutes a number of very important border towns founded by these repatriates—Tijuana, Tecate, Mexicali, Ciudad Juarez, Laredo, Piedras Negras, and Reynosa.

The trials and tribulations of this first Federal Repatriation Commission set in motion a series of patterns that continue to this day, and the Mexican archives are filled with requests for repatriation and colonization for the remainder of the century. Various State laws and decrees were also passed and debated throughout the rest of the century, the vast majority of which underscored the benefits of having Mexicans from the US return to Mexico with all of their knowledge and labor skills. These debates and discussions about the constant flow of return migrants ultimately led the passage of the 1883 Land and Colonization Law that stood in as official immigration policy, provided a preferential treatment to Mexicans and Mexican Americans because many officials believed that these repatriates “had acquired skills in a developing nation and their loyalty to Mexico could not be in doubt.”

Indeed, Article XVI states “Mexicans residing in a foreign country who are desirous of establishing themselves in the uninhabited frontiers of the Republic will have the right to a free land grant, up to an extension of 200 hectares (double that of foreign immigrants) and enjoy them for fifteen years. Furthermore, Section III of Article III “stipulated that the colonists receive title to the land grant after at least one-tenth of it has been cultivated for five consecutive years.” Previous scholars have suggested that such legislation in nineteenth century Mexico constituted a kind of “awakening of a nationalistic consciousness that entailed seeing the northern frontier settled by repatriates.”

By the end of that century, and up to the time of the Mexican Revolution in 1910, sixty colonies would be established: Sixteen by the administration of Porfirio Díaz and forty-four by private companies. Mexicans and Mexican Americans populated eight of the sixteen colonies established by the government, or 50%. In the colonies founded by private companies, Mexicans repatriated from the United States composed almost 25% of the settlements during this thirty-five-year period. These are the official numbers; however, a more comprehensive study of this period will easily reveal a larger pattern that includes numerous repatriations not mentioned in the final government tallies.

During the era of the global Great Depression of 1929, and much like in the past, the new revolutionary Mexican government provided assistance in the form of a Comité de Repatriación that collected funds for the hundreds of thousands of repatriates that were supposed to return. Like the role played by various religious and private organizations today, those of the past also played a central experience during this era. Mexican Americans, for their part, also formed benevolent societies to organize and help returning migrants, which some estimates from Mexican scholars have placed at over 300,000. Agricultural colonies, like the kind that emerged throughout the nineteenth century under various decrees and laws, were founded with mixed success. As a way to formalize the economic reality of this circular migration and mass deportations, both the US and Mexico entered into a 20 year labor agreement in 1942 that brought in perhaps 5 million Mexican braceros to work in numerous industries and factories, leading ironically to the creation of a phenomena that we now know today as “illegal immigrants.” Labor contractors and the laborers themselves attempted to circumvent the bureaucratic morass by simply migrating across a very open border during this era, ultimately leading to the events of “Operation Wetback” in 1954 and the mass deportation of over a million laborers.

Historically, the Mexican government not only created this Diaspora, but has attended this “greater Mexico” with laws and legislation intended to accommodate those ethnic Mexicans who have sought to return to the republic. Amid the specter of mass deportation, several state and federal officials have offered up a series of conferences and programs intended to accommodate the so-called “Trump effect.” Several border governors and regional officials have come forward with their initiatives, like “Somos Mexicanos” from the state of Nuevo Leon; however, there appears to be no concerted Federal Effort to implement a policy to accommodate the millions who have arrived, and the millions who may arrive in the following years.

Governments of Mexico, irrespective of party affiliation, have shown more interest in remittances than in the welfare of those expatriates who, according to Mexican news sources, brought in $25 billion last year (more than what Mexico earns from its oil exports). Mr. Trump has threatened to build a wall between the two countries and has hinted at changing a rule in the USA Patriot Act that would impact these billions, but no amount of brick and mortar can halt the free flow of money, ideas, technologies, and humans.

Given the long history of deportations and mass expulsions between the two nations, not to mention the litany of programs and experience with this cyclical phenomenon, surely the administrations can come to a humane accord and demonstrate to the world a humane “art of the deal.” Perhaps Mr. Trump will ponder his own advice in The Art of the Deal when he noted: “I try to learn from the past, but I plan for the future by focusing exclusively on the present.” Given the shared history between the two nations, and the economic, social, political, and diplomatic dislocations that are certain to come, I certainly hope so.