The Case for History as a Tool to Change the World

Cody J. Foster is a Ph.D. Candidate and Presidential Fellow at the University of Kentucky. He’s taught general American history surveys, world history courses, and upper level courses related to U.S. foreign relations. He has been featured in the USA Today,New York Times, and Courier-Journal, and has written articles for Huff Post, History News Network, Counterpunch, and Lexington-Herald Leader. You can follow him on Twitter: @codyjfoster. 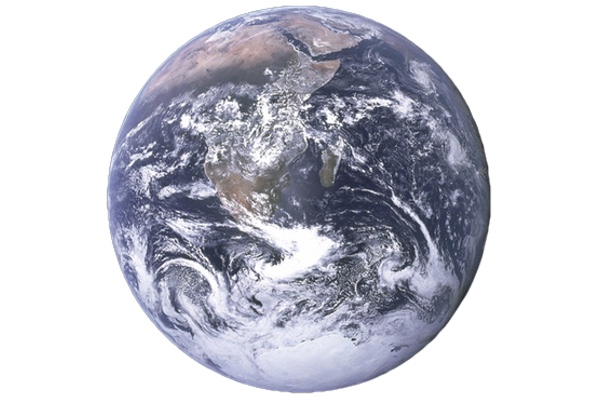 “History is hot” writes Jason Steinhauer in Inside Higher Education. And he’s right. Everywhere historians are appearing in the press to comment on contemporary events. Journalists are daily turning to historians to comment on everything from each presidential candidate’s health and Obama’s post-presidential future to the confrontations in Dakota and the year 2016 itself. Just type “Historians” into Google News and the automatic search function will recommend “Historians on Trump” as the first hit.

The long despised, boring, and date-obsessed subject is at the threshold of a renaissance. Now more than ever, society needs historians to explain contemporary events in light of the historical past. The question is: Are historians ready for it?

There’s no doubt that some politicians are encouraging students to avoid declaring their major in history in the future. “I would not be studying history,” Kentucky’s Lieutenant Governor Jeanne Hampton told an Eastern Kentucky University student newspaper, “I would be looking for degrees that would land a job.” This statement sends a clear message that history has little to no value in society.

Why, then, does it seem to be surging? Why is it when you turn on the news you are almost guaranteed to see historian Michael Beschloss? Why are popular magazines asking their readers to download syllabi? And why is a musical about America’s first Treasury Secretary so wildly popular?

It’s because history speaks to our own anxieties. It forecasts global conflict, guides us through economic crises, explains racial inequality, and traces gender disparities. History may not repeat itself, but it does mirror our current problems. Without it, we have no idea where we’ve come from and we have no idea where we are going. Now is the time for historians to make a case for the professional study of history as a tool for explaining the problems we encounter on a daily basis.

Let’s imagine for a moment that history classes meet not in a lecture hall, but in a laboratory. Instructors distribute a lab sheet that begins with a simple prompt: “Why is [insert current event] happening the way it’s happening?” In this lab you can select vials containing past experiences, place them under a microscope, and observe how a similar event occurred within a given timeframe. Better yet, you can mix vials to understand how past events in varying places and times interact with one another. In this lab you can analyze events, compare your findings, and contextualize the present within a past that helped to create it. The passive consumption of history in a lecture hall is replaced by actively applying the past to our everyday lives in this “human laboratory.”

The way we’ve studied history in the past may not be working any longer. We are all taught to learn history chronologically across time. We begin in elementary school by studying pre-history and then slowly progressing through modern history in high school. This approach isn’t any different from many other fields. For example, Algebra is widely known for its building blocks. You have to know why x + y = z in order to apply this knowledge as you move forward.

Perhaps it’s time to redesign history curricula as a “hands-on” field as well. It’s only by getting your hands dirty that we can guarantee to improve retention rates and encourage participation by students, the public, and our politicians.

I recently turned my course about the Cold War into a historical laboratory. I had to cover nearly a century’s worth of material in a section that only met for two hours, once a week, for seven weeks. So I went out on a limb. I asked my students to submit their most pressing questions about the world’s current problems. I then designed seven “mini-lectures” that rooted their questions within the Cold War. We covered everything from consumerism and paranoia to nuclear weapons and ISIS. Each lecture began with a question: “What led to the creation of ISIS?” “Why are Presidents discouraged from using nuclear weapons?” “What’s the difference between socialism and communism?” “Why does fearmongering play such a large role in our presidential elections?”

These students were engrossed by these Cold War lessons, partly because they played a role in the development of the class. I was literally answering their questions using the past as evidence. I frequently abandoned the lectern to moderate spontaneous discussions that overtook the lecture (since when do students spontaneously discuss anything?!). Students asked new questions, contextualized answers, debated one another, and referenced material covered in earlier classes. I received emails from students containing comments about a variety of different news topics and their Cold War precedents. As these students applied history to the world around them they became even more invested in the study of the past.

Of course, this is not the first time historians have made the case for applied history.

“We believe it is time for a new and rigorous ‘applied history,’ ” Graham Allison and Niall Ferguson wrote in the September 2016 issue of the Atlantic, “[as] an attempt to illuminate current challenges and choices by analyzing precedents and historical analogues.” The Applied History Project at the Harvard Kennedy School also encourages historians to “begin with a current choice or predicament and analyze the historical record to provide perspective, stimulate imagination, find clues about what is likely to happen, suggest possible interventions, and assess probable consequences.” Fred Logevall and Kenneth Osgood recently made the case for political history, writing that it can “help us better understand the likely effects of our actions, a vital step in the acquisition of insight and maturity.”

Applied history shouldn’t be limited to the professional study of history nor should it be contained within a classroom. Applied history must also be about observing the world outside of written texts and in-class meetings.

Here is one example. In June 2001, a class of 34 University of Wisconsin students hopped on a tour bus with their instructor and travelled into the Deep South to interact with Civil Rights Movement history. In a span of three weeks they met with retired activists, learned folk songs, visited monuments, and participated in symposiums across five different states. Assigned readings ranging from newspaper articles to books actually enhanced their experience instead of standing as the sole way to experience the past.

History podcasts, too, are explaining contemporary problems with historical answers. Malcolm Gladwell’s “Revisionist History,” reinterprets misunderstood past events that continues to speak to us in the present. “Backstory” at the University of Virginia and “LongStoryShort: A Brief History of History” at the University of Kentucky each uses a current event as a launching pad that takes the listener down a rabbit hole of quirky – yet relevant - historical knowledge.

Extended field trips and podcasts are fun, but they also add to the value of applied history as a tool in which we can reconsider our present circumstances within past events.

As a “hard” social science, history can be used as an antidote to make the world a better place. Applied history can shape public policy, allow for better informed citizens, and help to enhance society. It can inspire students to appreciate the study of the past and encourage skeptical politicians to continue supporting valuable research. It can increase the likelihood that a history major can get a job in a variety of fields by displaying their analytical, observational, and communicative skills. Historians just have to approach this study not by telling our students what happened, but instead by setting up an experiment where together they can understand what happened and why.

History is prepared for a renaissance, but it will require the will of a group of historians to lead the way in reforming the curricula. Like any renaissance it requires courage to reform; resistance to change is to be expected. Change is hard and transitions even harder. But it will take engaged students enrolling in history classes to create an informed citizenry that can actually make the world a better place. In order to do this, historians must be prepared to abandon their previous conventions and embrace a new way of teaching history to the next generation of students. Only then can they convince others, as historian Jeremi Suri puts it, that “being a historian will allow you to change the world.”