Peter Fritzsche is the W. D. & Sarah E. Trowbridge Professor of History at the University of Illinois, and the author of 10 books, including the award-winning Life and Death in the Third Reich. His latest book is An Iron Wind: Europe Under Hitler (Basic Books, 2016). 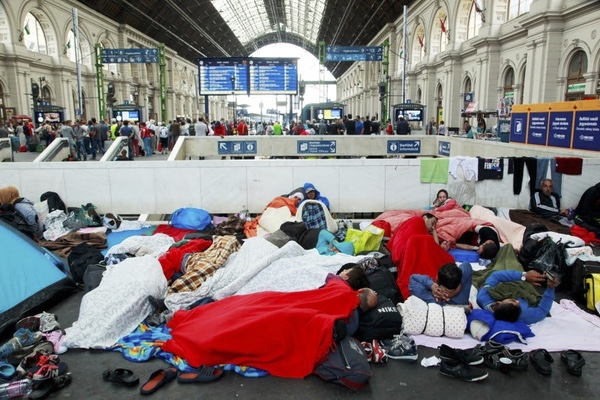 Hundreds of thousands of refugees from the Middle East and beyond poured into Europe last summer and continue to crowd the borders.  The young children who drowned along the way fell into our newspaper headlines.  This is a remarkable event which stands in contrast to the refugees bottled up in Nazi-dominated Europe some seventy-five years ago.  Today, the world is much more alert to the plight of refugees, a fact which can only be explained by memories of World War II, when Great Britain, France, and the United States did comparatively little to save endangered Jews. The Holocaust is now part of the way we encounter to world and respond to its emergencies.  The year 2016 stands in remarkable contrast to the year 1939. 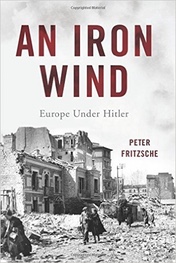 But what has not changed when comparing the years 1939 and 2016 are the fears and anxieties generated by the new immigrants and the mutual suspicions that threaten to deepen divisions in civil society.  When the German armies invaded Poland in 1939 and western Europe a year later, they did not encounter societies unified in their opposition to and contempt of the green-uniformed occupation forces.  Instead, the nations the Germans conquered dissolved in ways that made strangers out of neighbors.  In France, for example, Jews were increasingly apt to be regarded as war-mongers because of their supposedly implacable opposition to appeasing Hitler in ways that seemed to threaten European peace.  With the Soviet-German Non-Aggression Pact in August 1939, local Communists were treated as a dangerous fifth column; in France the party was banned, L’Humanité banned.  Less than a year later, after the German invasion of westernEurope, displaced persons from Belgium, which the Wehrmacht overran early on, or from Alsace-Lorraine, which the Third Reich annexed outright in summer 1940, added to the troubles of their host communities, either because they were seen as too patriotic or not French enough.  Throughout the war, neighbors divided on the issue of whether French republican traditions were imperilled by the German onslaught, and deserved to be defended, or had been suddenly crumpled up by the Germans because they were so decadent and should therefore be relegated to an unwanted, superceded “ancien regime.”

No one in Paris particularly liked German soldiers around.  Wehrmacht personnel ostentatiously bought goods with devalued French francs, rode around in the metro, and asked for directions as they made their way to the cabaret Moulin Rouge.  But as Parisians stood in line to buy rationed food on darkened mornings readjusted to German central time–consuming half as many calories in 1942 as they did in 1939–they blamed all sorts of internal enemies for their sorry fate: the Germans, to be sure, but also black marketeers, Communists, Jews, and other often fictitious hucksters.  Standing in line in front of the butcher the or baker on the Rue Mouffetard in 1941, housewives grumbled together, extending as they gossiped their sympathy to the “small” Jews, but knowingly pointing fingers at the “big” Jews who always got away.  Empathy was always wrapped up in resentment as the French, just like other occupied populations in wartime Europe, delivered millions of denunciations of neighbors to the police and to German authorities.  Vast numbers of people snitched on each other to retabulate their losses in terrible times.  Noises in apartment hallways and stairwells were grounds for suspicion as the inhabitants sought to contain violence either by justifying it or doing nothing to bring it upon themselves.  The motto of this sad wartime was “se debrouiller”, to wangle, to get by, to watch out for yourself.   Solidarity was not the graffiti message scrawled in white chalk on the walls, which screamed about who should live and who should die.

The result was that civil society and its habits of watching out for neighbors crumbled.  Once they were mobilized, even the solidarities of the resistance based themselves on ethnic and religious commonalities which excluded many of the primary victims of the German racial regime.  Resistance groups were often simply local affairs which, in the face of German aggression, remained mistrustful of partisans from across the river or over the valley.  A “small” ethnic national populism drove European populations against the Germans without making resistors particularly sympathetic to strangers, refugees, outcasts, leftists, or Jews.  When we ask the question whether Syrians today are like Jews yesterday we have to keep in mind the process of estrangement generated by the war.  The burdens of war in 1939-1945 made neighbors look smaller, though the memories of the war have made their sons and grandaughters more generous.  The refugees on our shores today pose the question of whether the fortunate will choose to greet the unfortunate with hospitality or suspicion.

The nations of Europe have made the lessons of the Holocaust, when seventy-five years ago strangers and refugees were in need, central to a common European identity, but faced with similar challenges today, the people of Europe diminish themselves if they choose the “small” familiar national identity over the larger universal one they had come to cherish precisely because it failed them not so long ago.  Anne Frank, on whose behalf her father sought a US visa at the beginning of the war, would have turned eighty-seven this last June. She would have been two years older than my mother, two years younger than my father.