Why Nat Turner and the Southampton Rebels Killed Children

Sarah N. Roth is Associate Professor of History and Coordinator of the African and African American Studies program at Widener University in Chester, Pennsylvania. She is the author of Gender and Race in Antebellum Popular Culture and producer of the Nat Turner Project. 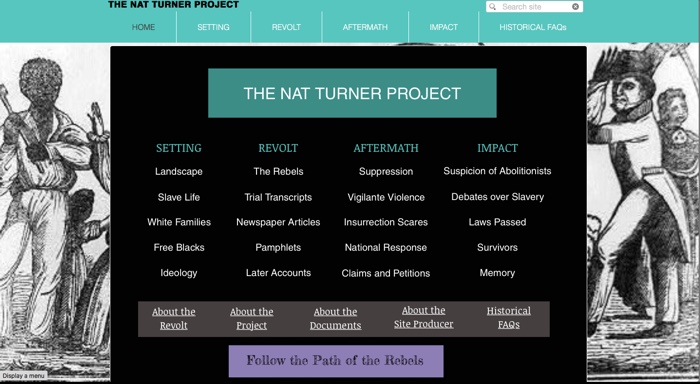 One of the most troubling aspects of the Southampton Revolt of 1831 was the killing of children. As a contemporary observer put it, “whole families, father, mother, daughters, sons, sucking babes, and school children” were “butchered, thrown into heaps, and left to be devoured by hogs and dogs, or to putrify on the spot.”1 Ten children under the age of five died in the rebellion. Those over the centuries who have condemned the rebels have fixated on this part of the incident to highlight the savage brutality, the injustice, and the lack of honor of the slaves who rose up in Southampton County on that hot August night. As one descendant of white victims of the revolt has said, “The killing of the women and children sticks in my craw more than anything else.” Nat Turner “would certainly be remembered better by history if he had limited the killing to adult males or just white adults.”2 Even those who support Turner in his belief that violence against slaveholders constituted an acceptable means of overthrowing the slave system often balk at the rebels’ willingness to take the life of infants and children who had themselves played no part in the oppression of African Americans. 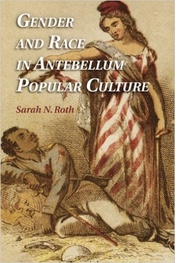 What are we to make of Nat Turner’s determination to attack whites “without regard to age or sex”?3 It is possible that it was simply a byproduct of indiscriminate rage at all those who were a part of the race that had enslaved him and his people for generations. The choice to disregard the personhood of white children may have arisen from sheer vindictiveness against those who had long ignored the humanity of black children. It may have been—to employ the religious framework that was of central importance to Nat Turner—a manifestation of the Biblical injunction, “an eye for an eye, a tooth for a tooth.”4 On the other hand, there may have been an ideology behind this decision, a message Turner wanted to send. Perhaps he intended to demonstrate his conviction that slavery should come to an end even if it meant wiping out all future generations of slaveholders. There may, however, have also been a tactical reason for the decision to include white children among the rebels’ victims. Killing all whites, adults and children alike, could have represented, in other words, a calculated, rational strategy implemented as a means of giving the revolt its best chance of succeeding.

There is evidence that Nat Turner and his men did not embark on the killing of children impulsively, in a spontaneous fit of blind fury. Instead, the main conspirators adopted this course of action as their official policy several hours before they began the revolt. When they met at Cabin Pond to finalize their plans, Turner and the six other men present agreed that “until we had armed and equipped ourselves, and gathered sufficient force, neither age nor sex was to be spared.”5 A slave revolt was a precarious undertaking. In North America, no major concerted action by slaves had ended in the deaths of more than one or two white people since South Carolina’s Stono Rebellion in 1739. Nat Turner was aware that plans for other potentially significant uprisings—most famously, Gabriel’s rebellion in 1800 and Denmark Vesey’s conspiracy in 1822—had been disclosed by traitorous slaves before any violence against whites actually occurred. According to one of the initial Southampton conspirators, Turner knew “that the negroes had frequently attempted similar things, confided their purpose to several, and that it always leaked out.” 6 When it did, scores of slaves would be interrogated under the lash, and dozens would be sold out of state or hanged for their possible role in these plots. As a result, Nat Turner was cautious in the extreme about keeping the plot concealed. Although he had conceived of the idea of a rebellion as early as 1828, he did not reveal his plans to anyone for nearly three years. Then in February of 1831, he told only his close friends Henry, Hark, Nelson, and Sam—“four in whom I had the greatest confidence,” he later explained.7

The rebels understood that once the insurrection began, it would have the best chance of succeeding if they could avoid leaving anyone alive who might sound the alarm to nearby planters. If that happened, armed whites would descend on the neighborhood and would quickly overwhelm the small band of rebels. For that reason, Nat Turner and his allies decided against breaking open the bolted door at the first house with an axe, “reflecting that it might create an alarm in the neighborhood.”8 The nearest house was only six hundred yards away. The violent obliteration of a wooden door, accompanied by the screams and cries of the white family inside, might have awakened the neighbors and brought them to the farm, armed, to see what had caused the noise.

A similar rational, calculated concern lay behind the killing of a baby who resided at the first household the rebels attacked. After Nat Turner entered Joseph Travis’s home quietly by an upstairs window, his men struck dead Travis, his wife, her son, and an orphaned sixteen-year-old apprentice. Turner later related that “there was a little infant sleeping in a cradle, that was forgotten, until we had left the house and gone some distance, when Henry and Will returned and killed it.”9 Going out of their way to kill this infant, slumbering peacefully in its cradle, might seem unnecessarily cruel of the rebels. But on a warm summer night in the country, when windows may have been left open to catch a breeze, Turner and his men worried about sounds carrying to the neighbors, as they demonstrated when they chose not to break down Travis’s door. The unrelenting crying of a baby may have alerted those who lived nearby that something was not right, and someone may have gone to investigate. Nat Turner and his compatriots were taking no chances that a seemingly harmless baby might be the undoing of their cause.

Since the rebellion was suppressed less than thirty-six hours after it began, it is not certain what course Nat Turner and his lieutenants might have followed if they had managed to secure enough manpower and weapons to pose a more sustained challenge to Virginia slaveholders. There is some indication that at that point, they would have abandoned their initial position and preserved the lives of children and other non-threatening whites they encountered. “Indiscriminate massacre was not their intention after they obtained foothold,” a white official at the time learned from Turner after his capture. “Women and children would afterwards have been spared, and men too who ceased to resist.” The purpose of their initial approach, Turner explained, had been “to strike terror and alarm,” presumably among the white inhabitants, but perhaps among the slaves as well. If those they encountered saw they would resort even to decapitating babies to advance their cause, the rebels might be able to gain the upper hand more easily.10

Beyond strategy, the killing of children alongside their parents made the statement that slavery must end, that the revolutionaries would not leave coming generations of whites alive to carry on the exploitive, unjust institution. As insurrectionary leader Denmark Vesey reportedly told his followers in Charleston in 1822, “if you kill the Lice, you must kill the Nits.”11 In the minds of the slaves who participated in the uprising, the white children of Southampton County were not the innocents that southern newspaper editors portrayed them to be. Though the children whose lives were taken in the rebellion had not yet assumed the role of master or mistress, there was no reason for the rebels to believe those children would behave differently from their parents once they came of age. Getting rid of slaveholding adults would accomplish nothing if their children were kept alive to take their place, in time, as the new masters. Of the seventeen white children age ten or under who died in the revolt, at least one had already become a lawfully sanctioned participant in the slave system. Ten-year-old Putnam Moore, killed at the first house the rebels attacked, was Nat Turner’s legal owner. Turner could officially claim his freedom, it seemed, only by murdering a child.

The impulses behind the violence that occurred during the rebellion cannot, however, have been limited to strategy and symbolism alone. The killings in Southampton were personal. The rebel slaves had known well those they executed. Their methods too were personal. The insurgents initially wielded only broadaxes, hatchets, or swords, forcing them into close contact with their victims at the moment of death. The infant at the Travis house was decapitated, its body then cast into the fireplace; two young boys—about three and seven years of age—whom the rebels later attacked outside Nathaniel Francis’s house were likewise beheaded.12 It is possible that this means of ending the lives of these children may belie intense rage, borne from years of ill treatment by callous slaveholders. At these moments, the rebels may have recalled the many injustices they or people they cared for had experienced during their time in bondage. Certainly, masters did not shy away from flogging, starving, or overworking the people they held in slavery, from small children to the elderly and infirm. This explanation might account for the “silent satisfaction” Nat Turner supposedly felt when he viewed the lifeless bodies of the white slaveholders his men had killed.13

On the other hand, such intimate means of killing may have demanded instead that the rebels approach their victims with a kind of clinical detachment. They may have found cold dispassion necessary in order to carry out the mission they had undertaken at tremendous risk to their own lives. These men saw themselves as soldiers—in some cases, as soldiers sent on a mission by God himself. Nat Turner told his followers that the Holy Spirit had shown him a vision of “white spirits and black spirits engaged in battle” while “blood flowed in streams.” Although faced with having to take the lives of men, women, and children they knew well, Turner and his men likely felt they must not be deterred from carrying out the almighty’s injunction to “slay [their] enemies with their own weapons.” They may have found the task before them unpleasant, or it may have felt like long-delayed vindication. Either way, killing all the whites they encountered was the only way they believed they might have a chance of fulfilling the cherished goal of freedom for which they were willing to sacrifice their lives. Will, whose willingness to shed blood with his powerful broadax led Nat Turner to deem him “the executioner,” articulated this single-mindedness of purpose. On the eve of the revolt, he explained to Turner his presence among the conspirators by saying “his life was worth no more than others, and his liberty as dear to him.”14 Had the rebels succeeded, they and their people would have thought the violent deaths of a few white children a small price to pay for the freedom they had long been denied.

For primary documents on the Southampton Revolt, please visit http://www.natturnerproject.org.

4 Exodus 21:24 in the New Living Translation of the Bible.

11 Letter from John Potter to Langdon Cheves, c. July 20, 1822, reprinted in Edward A. Pearson, Designs against Charleston: The Trial Record of the Denmark Vesey Conspiracy of 1822 (Chapel Hill, NC: The University of North Carolina Press, 1999), 337.