Scott McGaugh is the founding marketing director of the USS Midway Museum in San Diego, a bestselling historian, and author of Honor Before Glory, the true story of the 442nd’s seven-day battle to successfully rescue a battalion of 275 American soldiers surrounded by Germans in 1944. 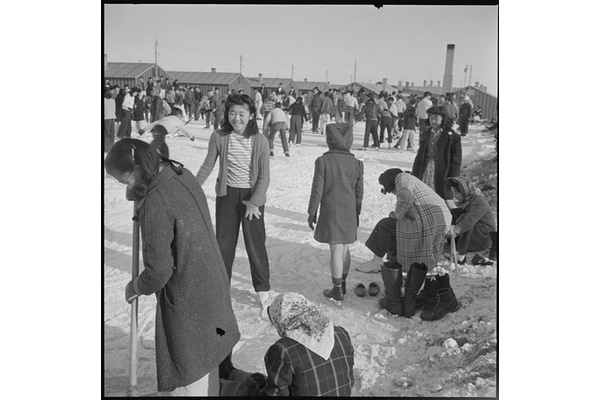 Throughout our history, when Americans have been attacked or felt threatened, fear and vengeance sometimes have ruled. On more than one occasion an entire ethnic group of native-born Americans has been branded a threat. Entire communities have been forcibly unrooted without due process in a passion first captured by Cicero when he wrote, “In times of war, the laws fall silent.”

In this century, 9/11 and more recent jihadist-inspired domestic violence have spawned speculative calls for databases of Muslim Americans, mosque closures, and broad banishment of ethnic immigrants of similar faith. These draconian cries for action are hardly precedent-setting. 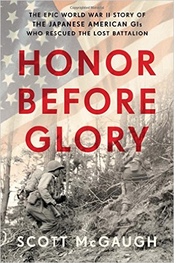 In the past, America’s retribution against ethnic groups lasted years and sometimes it has become part of our culture. When Native Americans were viewed as a threat to white settlement and expansion, tens of thousands were forcibly moved onto more than 300 reservations.

The attack at Pearl Harbor in 1941 led to unparalleled fear and anger directed at thousands of our neighbors who were our classmates, who ran restaurants, and who grew our food—simply because they were Japanese Americans. President Franklin Roosevelt ordered the removal of more than 100,000 Japanese Americans from the West Coast in 1942 solely because of their ethnicity. There was no due process. No formal charges. Families were given only a few weeks’ notice to sell their businesses, homes, personal belongings, and even family heirlooms. “Japantowns” from San Diego to Seattle were gutted within a few months.

Indeed, Cicero proved prescient when our Japanese American neighbors were sent to internment camps in some of the same desolate regions that had become home to Native Americans. It was euphemistically called “relocation” and “evacuation” at the time. But the reality was far different. Most endured about two years in a prison-camp environment of barracks as families lived in a single room. They were surrounded by barbed wire and guarded by armed soldiers, weapons turned inward.

A year later, President Roosevelt authorized the segregated Japanese American 442nd Regimental Combat Team and asked their sons to volunteer for an army commanded by white officers and possibly die for their country in Europe and the Pacific. Remarkably, 10,000 volunteers from Hawaii stepped forward. Together with about 1,500 volunteers from the internment camps and draftees, army recruiters were overwhelmed by the response.

The 442nd suffered horrendous casualties on questionable missions as it compiled a remarkable war record. Ultimately the Japanese American 442nd became the most-decorated unit of its size in World War II. One of its battalions, the 100th from Hawaii, brutally earned the moniker “Purple Heart Battalion.” The 442nd ultimately earned more than 18,000 awards for valor, more than one for every man. (Yet Japanese Americans were denied Medals of Honor until President Clinton issued 21 in 2000. Only seven were alive to receive them personally.)

They returned home after the war and some suffered continuing hatred from their neighbors. Yet they endured and rebuilt their lives as parents, teachers, merchants, church leaders, and mechanics. Even though they had been treated as a faceless, homogenous, and undefined internal threat against America, for the most part they suffered silently as they rose above America’s fear and vengeance.

Today their legacy sounds a cautionary note against partisan political talk of Muslim American databases; muddled policy statements about Muslim Americans abroad; and the dangers of American mosques. Today’s sweeping characterizations of Muslim Americans are a dangerous echo of America’s treatment of Japanese Americans nearly 75 years ago when Oregon governor Walter Pierce stated, “Their [Japanese American] ideals, their racial characteristics, social customs, and their way of life are such that they cannot be assimilated into American communities. They will always remain a people apart, a cause of friction and resentment, and a possible peril to our national safety.”

His statement sounds eerily familiar today. It is a sentiment that sullies the American spirit and one that should be stifled against the backdrop of our history when thoughtful discussions about national security take place in today’s America.