Why Did MacArthur Become a Hero? In a Crisis We Are Desperate for Leaders.

Walter R. Borneman is the author of MacArthur at War: World War II in the Pacific to be published by Little, Brown on May 10. 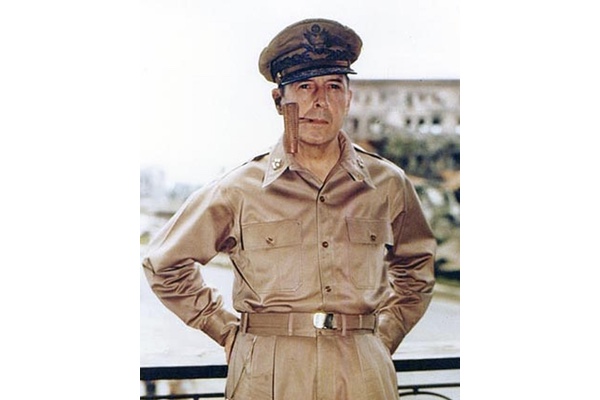 Douglas MacArthur has been dead for over fifty years yet he remains one of the most controversial military figures of the twentieth century. His well-polished reputation was far from unanimously accepted among his contemporaries, and a half-century has done nothing to smooth the contradictions of his personality and his career. There remains no middle ground with Douglas MacArthur. 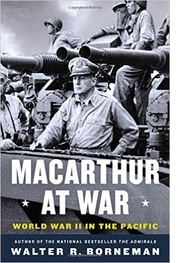 Eight hours after receiving reports of the Japanese attack on Pearl Harbor, MacArthur’s procrastination resulted in half his air force being destroyed on the ground at Clark Field in the Philippines. Blindsided by the speed of the ensuing Japanese invasion, he belatedly ordered a retreat to Bataan but failed to stockpile food and supplies on the dead-end peninsula.

As his besieged troops slowly starved, the American public read a far different version. “MacArthur,” proclaimed the Baltimore Sun—just one of many newspapers singing his praises, “is something in the nature of a military genius with the capacity to foresee contingents and make the best use of resources at his disposal.”

At one level, the public’s infatuation with MacArthur in the spring of 1942 defies logic. Within a few short months, he went from the commander who had been caught with his planes on the ground and ordered the withdrawal that resulted in the largest surrender in American history, to become America’s esteemed military hero. The phenomenon is a lesson in the power of controlled media in unsettled times that continues to resonate.

MacArthur’s staff tightly controlled news from his headquarters, not only casting it in singular terms of “MacArthur,” but also playing up the miracles the general reportedly achieved with limited resources against enormous odds. This gave rise to numerous parodies about his ubiquitous communiqués, including the assertion that all the news on Judgment Day would go to press in one of them.

The second reason for MacArthur’s rapid rise to hero status was that the Philippines was then the only theater of operations where Americans were readily—and publicly—engaging the enemy. The Doolittle mission, for example, was kept hush-hush for fear of betraying Allied capabilities and the battle against German U-boats in the North Atlantic was heavily censored because of merchant ship losses. By contrast, Americans could keep their eyes on the Philippines. MacArthur’s dramatic escape by PT-boat and pithy “I shall return” only added to his image.

Most importantly, in a fragile period of the American psyche when the general American public, still stunned by the shock of Pearl Harbor and uncertain what lay ahead in Europe, desperately needed a hero, they wholeheartedly embraced Douglas MacArthur—good press copy that he was. There simply were no other choices that came close to matching his mystique, not to mention his evocative lone-wolf stand—something that has always resonated with Americans.

MacArthur’s stature among the rank and file left on Bataan was another matter. His starving soldiers called him “Dugout Doug” and composed countless derogatory ditties. The most oft-repeated version, sung to “The Battle Hymn of the Republic,” proclaimed: “Dugout Doug MacArthur lies a-shaking on the Rock, safe from all the bombers and from any sudden shock.” There was not much truth to that, but just as with the glowing positive reports, it was the perception—fueled by repetition—that stuck.

When a wave of conservative sentiment promoted MacArthur for the 1944 Republican presidential nomination, those driving the MacArthur bandwagon found the differing characterizations of MacArthur in the field and on the home front to be disconcerting. One MacArthur backer complained that he found it inexplicable that soldiers returning from the South Pacific were not enthusiastic MacArthur supporters. A skeptical correspondent went so far as to suggest that only anti-MacArthur veterans got furloughed home.

Meanwhile, MacArthur’s positive image was bolstered by his regular assertions that he was doing more with less than anyone—despite being ignored by Washington in the process. “Probably no commander in American history has been so poorly supported,” MacArthur wrote late in 1943. “At times it has looked as though it was intended that I should be defeated.” The only thing more disingenuous was MacArthur’s assertion that his opinions were rarely sought.

Nothing was further from the truth. In addition to almost daily communications with the War Department, Chief of Staff George C. Marshall always dispatched a high-ranking officer to brief MacArthur on the results of global planning conferences. After the 1943 Cairo conference, Marshall himself made the ultimate show of support by returning to Washington via a globe-girdling tour of the Pacific so that he might confer with MacArthur in person. As for operating on a shoestring, so many supplies flowed into the Southwest Pacific by 1944 that Marshall had to urge MacArthur to get his ships unloaded more quickly lest they clog the pipeline.

Examine the record and Douglas MacArthur was as controversial in his times as he remains today. In the years immediately after World War II, several of MacArthur’s close associates wrote laudatory biographies and the general’s own memoirs added an untarnished cap to his reputation. More recent works have tended to repeat well-worn stories of dubious veracity without analyzing their source or context. Among these: MacArthur getting caught with his planes on the ground; true, but the whole story is much more complicated. Franklin Roosevelt calling MacArthur “the most dangerous man in America”; an intriguing anecdote—if indeed Roosevelt ever said it. And George Marshall admonishing MacArthur that the general had a court, not a staff; an utterance that Marshall almost certainly never made.

Where then does Douglas MacArthur stand three-quarters of a century after the four-year period of both his greatest military defeats and triumphs? MacArthur was a polarizing figure during World War II and he remains one today. His most important contribution to history may well have been to appear as the hero who rallied America and its allies when they were at low ebb. He became the symbol of determined resolve so desperately needed in the grim months of 1942. It was the role of a lifetime, and he played it brilliantly—but not without controversy.