Sorry, but the “Pursuit of Happiness” Doesn’t Mean What You Think It Means

Karen Robbins is a Professor of Early American History at St. Bonaventure University. She is the author of James McHenry, Forgotten Federalist (Athens and London: University of Georgia Press, 2013), now out in paperback. 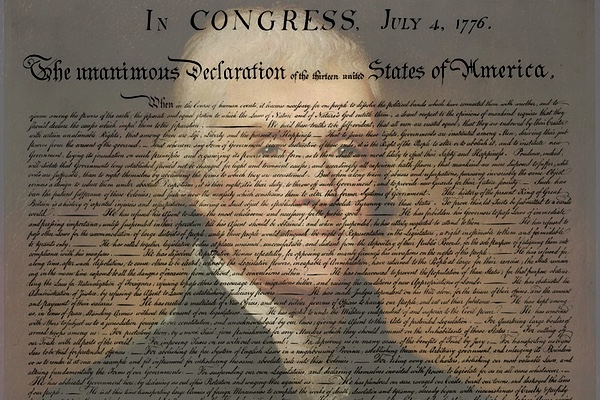 As Americans celebrate the fourth of July honoring the Declaration of Independence and our inalienable rights to “life, liberty, and the pursuit of happiness,” little thought is given to the last four words. If asked, most would surely say it means they have the right to do whatever they want, whatever pleases them. Even historians (except those who study Thomas Jefferson closely) are somewhat mystified by the phrase. One colleague responded to my query regarding the saying: “You mean it’s not a throw-away line?” Such reactions are understandable. To the modern ear, “happiness” just doesn’t have the sound of solemnity struck by “life” and “liberty.” “The pursuit of happiness,” however, possessed a truly profound meaning in the eighteenth century, a significance that was widely understood and which today’s Americans should all contemplate. The early origins of this thinking blended into Christianity, creating a common way of thinking among both the elite and the common man and woman. For our founding generation, “the pursuit of happiness” meant the pursuit of virtue. 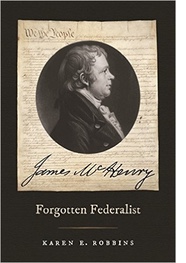 It really began with the ancients (whom the founders read), particularly Epicureans and Stoics like Cicero, Cato, Seneca, and Epictetus. Despite their differences, both schools highlighted virtue as essential for happiness. Epicurus emphasized the individual’s need for the soul’s tranquility, which could only be found in the absence of pain and suffering. The happy, pleasant life belonged to the person who lived prudently and honorably – that is, virtuously. The Stoics also thought the soul’s serenity comprised the greatest happiness, and for them it meant the individual had to live in harmony with Nature or God – by being virtuous. To the Stoic, “Virtue [was] sufficient for happiness.” But to be virtuous was not easy, it required constant, even daily effort, regularly reflecting on one’s relationship with the world, constantly appealing to reason and learning self-control. This was not a passive matter; one “pursued” virtue.

These ideas did not die with the advent of Christianity. Christianity also emphasized daily prayer and ongoing efforts to improve and foster one’s relationship with God. Stoicism’s compatibility with the new religion allowed it to blend into the new faith. Many believe that St. Paul’s work contains the ideas of Epictetus. Founder of Latin Christian literature, Quintius Tertullian, and St. Cyprian, Bishop of Carthage, often expressed Stoic views. Later, St. Ambrose and defender of the faith Marcus Minucius Felix took many ideas from Cicero’s morality. During the Middle Ages, thinkers such as Boethius, Lactantius, John Salisbury, and St. Thomas Aquinas all clearly incorporated various degrees of stoicism. The Renaissance famously revived Greek and Roman culture, including Stoicism. Finally, in the late 1500s, Justus Lipsius founded Neostoicism, the first scholarly attempt to blend Stoicism and Christianity. He, in turn, influenced Francis Bacon and Charles-Louis, baron de Montesquieu. Those inspired by Stoicism reads like a list of the most important thinkers of the day: Sir Thomas More, Hugo Grotius, Philipp Melancthon, René Descartes, Benedict de Spinoza, and Blaise Pascal.

Although the ideas remained in the intellectual atmosphere, Adrienne Koch argues that Stoics and Epicureans regained prominence in the 16th and 17th centuries; theorists of the next centuries in turn devoured these thinkers and created the intellectual bedrock for the educated elite of America’s founding generation. Stoic beliefs had also survived in the religious world and by the era of the American Revolution their legacy could be found in multiple arenas in which colonials participated. In towns throughout the colonies, the most popular play performed re-enacted the suicide of Cato, Stoic senator of Republican Rome who chose death rather than betray his beloved republic. Cato’s virtue gave him moral victory over Emperor Julius Caesar, and George Washington loved the play. Indeed, the Stoic Seneca wrote what may have been the first book Washington acquired at the age of seventeen.

No less an institution than Virginia’s established Anglican Church, especially through the published sermons of Archbishop John Tillotson, equated happiness with virtue, just as the Stoics had. These sermons, Jacob M. Blosser reminds us, were supported by readings in contemporary almanacs and newspapers. In fact, via Virginia’s oral and print culture, the equation of happiness and virtue was simply ubiquitous.

This was the world in which Thomas Jefferson grew up, a Virginia that was pre-revolutionary and pre-market-capitalist in which everyone needed to attend church or face a fine. It was also an ideological world shared by those in other colonies, according to Matthew Stewart. Everyone throughout the colonies, from the lawyer to the cobbler, understood that happiness (tranquility) derived from virtue, which one attained by active and persistent efforts. Happiness - understanding one’s calling, pursuing it, doing right by one’s family and community (we are reminded by Jan Lewis), all flowed from being centered and harmonious with one’s Creator.

So, in the Declaration of Independence, Thomas Jefferson did exactly what he had intended to do; indeed, what he had been asked to do. He wrote a piece that reflected the American mind. In four words, he said it was the job of government to create a society that enhanced the individual’s ability to be right with Nature’s God, as Peter S. Onuf and Koch argue. “The pursuit of happiness” was not about hedonism, or about doing whatever one wanted to at a given moment. Instead, it was about something profound, about fostering virtue and tranquility.

Jefferson’s accomplishment could not have been more important. This document needed not only to mirror America’s most profound beliefs, it needed to unite people around a common cause, around a deep and terrible struggle about to unfold. That, in fact, was Jefferson’s genius. Whatever his faults, he had the ability to use language in a way that bonded Christians and Deists, city and farm dwellers, North and South, the high and the low. This was not a superficial papering over of disagreements – his words fathomed the deep accord beneath such differences.

Jefferson’s was a gift we could use today.