Why Were Voters Inspired by Candidate Obama and Disappointed in President Obama? 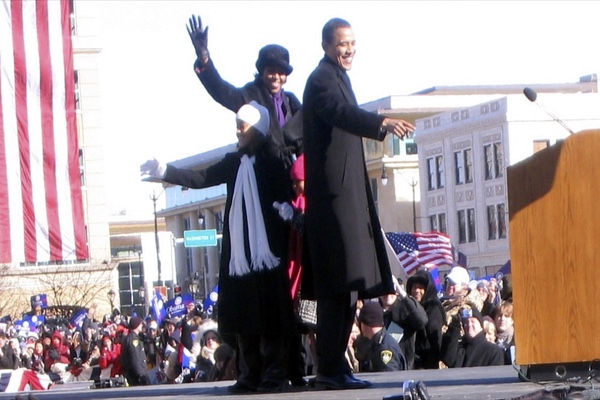 Candidates for president emphasize not only their policy stances but also the impact of their personal leadership. Yet we know that successful leadership is not the result of the dominant chief executives of political folklore who reshape the contours of the political landscape, altering their strategic positions to pave the way for change. The evidence is clear that presidents rarely, if ever, mobilize the public behind their policies in order to pressure Congress to pass their initiatives. Nor do they convince many members of the legislature to switch from opposition to support of White House proposals. 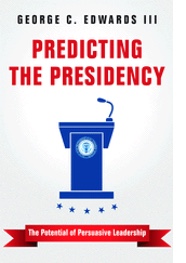 Upon his election in 2008, millions of people viewed Barack Obama, and the presidency more generally, through the prism of high expectations, premised on a belief in the power of presidential persuasion. Obama would transform both politics and public policy in America. He was even awarded the Nobel Peace Prize very early in his tenure for how he would transform the world. Yet many of those who were inspired by candidate Obama were disappointed in President Obama, or at least disappointed in what he was able to accomplish. They could not understand why he often could not leverage his position and political skills to move the country and Congress to support his initiatives.

We can resolve this riddle, however. Rather than creating the conditions for important shifts in public policy, effective leaders are facilitators who work at the margins of coalition building to recognize and exploit opportunities in their environments. When the various streams of political resources converge to create opportunities for major change, presidents can be critical facilitators in engendering significant alterations in public policy.

If the fundamental premise underlying one’s approach to presidential leadership is that presidents can persuade the public or members of Congress to support of them, then it follows that certain questions will be at the core of research. One set of questions would deal with the impact of the president’s characteristics on his persuasiveness. Such questions might focus on the president’s personal persuasiveness, skill as a public speaker, and ability to relate to both average Americans and members of Congress. Other questions would focus on the means of persuasion such as the use of various rhetorical devices, the quality and frequency of speechmaking, the venues of speeches, and the investment of time in socializing with members of Congress.

If the core of presidential power is not the power to persuade, however, scholars should ask a different set of questions. Understanding the nature and possibilities of leadership puts us in a better position to evaluate both the performance of presidents and the opportunities for change. Equally important, we have a better sense of where to look for explanations of the success and consequences of presidential leadership. If there are significant limits on presidential persuasion, it follows that major changes in public policy will not necessarily turn on a president’s persuasive skills or his willingness to use them.

Exploiting opportunities requires a different set of skills than creating them. If exploiting opportunities to steer true believers is more critical to engendering change than persuading the skeptical, much less converting the opposition, it follows that we should focus more on maintaining and managing coalitions and less on the verbal dexterity or interpersonal persuasiveness that is hypothetically necessary to expand coalitions and thus transform the political landscape. As a result, we will ask different questions about the president’s personal characteristics, focusing on how presidents actually marshal forces to bring about change. Relevant questions include the degree of the president’s analytical insight regarding his opportunity structure and his skill in exploiting his opportunities. We will also want to know if he has the commitment, resolution, strength, and resiliency to persevere and take full advantage of opportunities that exist.

Moving beyond the president as an individual, we will want to study the president’s strategic position, his opportunity structure. Regarding the public, we want to know where it stands independent of the president and the potential for attracting nascent support. The core questions are

● Did the public provide the president an electoral mandate for his policies?

● Does the public support the general direction of the president’s policies?

● How polarized is public opinion?

● How malleable is public opinion?

If we wish to focus on the president’s leadership on a particular issue, we can supplement our strategic analysis with answers to more specific questions such as

● Is the president’s initiative already popular with the public?

● If so, is it also salient to the public?

● How does the public evaluate the president’s job performance?

Personalizing politics can distract our attention from factors that play a larger role in explaining presidential success in Congress as well as with the public and thus greatly oversimplify our understanding of executive-legislative relations. If presidents typically operate at the margins of coalition building and exercise their legislative skills primarily to exploit rather than create opportunities for leadership, we should devote more effort to examining broader influences on Congress and less on personal skills. The key questions are:

● Is there a perception in Congress that the president received an electoral mandate on behalf of specific policies?

● Does the president’s party enjoy a majority in a chamber? If so, how large is it?

● What is the degree of ideological polarization in Congress?

● Are there cross pressures among the public in constituencies held by the opposition party that would counter these members’ ideological predispositions?

● How ideologically coherent is the president’s party in Congress?

● Does the structure of the decision facing Congress favor the president?

In particular instances, we may also wish to know the answers to contextual questions such as

● Are there slack resources in the budget or is the deficit a major constraint on initiatives?

● In which congressional constituencies, if any, is the president high in the job approval polls?

● Does the president’s proposal deal with national security policy?

● Is the president serving during wartime or highly salient crisis?

An emphasis on the personal in politics, based on the faulty premise of the potential success of persuasion, has led many analysts to overlook the importance of the context in which the president operates. Doing so encourages ad hoc explanations and discourages generalizations about the strategic level of power.

Reaching such generalizations should be central to our enterprise, however. If we ask the right questions, we are more likely to arrive at the correct answers—and be able to predict a presidency.