Abraham Lincoln vs. the Republican Party 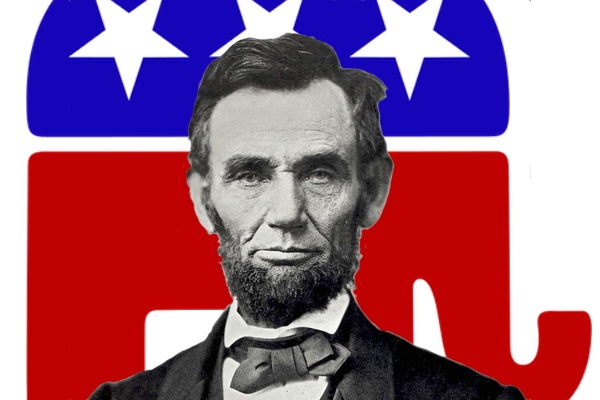 Would Lincoln be a Republican today? Don’t bet the farm on it. 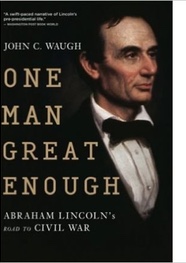 He would doubtless be troubled but hardly surprised. In part, it would be for him something of “déjà vu all over again” as that preeminent philosopher of baseball, Yogi Berra said. There isn’t much about politics that Lincoln hadn’t seen, heard, or experienced—except for Trump.

There were no Trumps in his time. But in his time he warned against the possible emergence of one. “Is it unreasonable,” he asked in an address before the Young Men’s Lyceum of Springfield, Illinois on January 27, l838, “to expect, that some man possessed of the loftiest genius, coupled with ambition sufficient to push it to its utmost stretch, will at some time spring up among us”—and not for the good of the country. Nor is it unreasonable to wonder, observing Trump and the “mobocratic spirit” that appears to be rising with him, that Lincoln would warn us that that time has come and that man is now rising among us today.

And with Trump—or with Cruz—there could be coming a potential breakup of the Republican Party such as the smashup and disappearance of the Whig Party in Lincoln’s day. There was also a bitter rift during Lincoln’s presidency in the Republican Party, which had replaced the Whigs. It was not all that different from the heartburn in the party today. There were hardcore angry vengeful Radicals (think Trump and Cruz) against Conservatives (think the Republican establishment) who yearned to unhorse and replace Lincoln with someone, anyone, more to their liking and under their control.

Today’s Republican establishment feels that same way most urgently about Trump, the unwanted monkey wrench in their machinery. It frantically wants to derail him, but doesn’t know how to do it. The establishment doesn’t like party-defying Ted Cruz much better. But one of them, probably Trump, is very likely to be their nominee whether they like it or not. It is a Hobson’s choice. And it may end in disaster for the Republican Party.

The Republican Radicals in Lincoln’s time thought Lincoln far too softhearted and inept, not tough enough, not remotely vengeful as they were toward the South. They wanted to dump him in his reelection campaign in 1864. But they didn’t know how get rid of him any more than the establishment today knows how to dump Trump.

The Radicals wished to impose untrammeled retribution on a defeated South and Lincoln was the monkey wrench in their machinery. He wanted no part of it. Lincoln was a forgiving man. The Radicals, most of them unrelenting abolitionists, were wholly unforgiving. They wanted to wrest Reconstruction of the South after the war was won from Lincoln’s gentle hands and bring down vengeful doom on a defeated Dixie, They would free all slaves, bring hard-handed punishment to the slaveholders, divvy up their plantations to their former slaves, allow blacks to vote, and make the South into a Republican colony (think of Cruz’s idea having police patrol and closely monitor American Muslim neighborhoods and carpet bomb areas held by the Islamic State; or Trump’s idea of barring Muslim immigrants into America and shipping all illegal Hispanics back to Mexico and building a wall to keep them out.).

The unleashed brawling and barroom name calling we are seeing and hearing in the Republican primary campaign for president today would hardly surprise Lincoln either. Political invective is nothing new. It has been around a long time, before politics became an art form and ever since. But Trump has taken it to new lows and dragged Cruz with him into a war of personal insult that Lincoln would deplore. Civility clearly has lost ground.

One can see Lincoln agreeing with President Obama on the current presidential campaigning in the Republican Party. Obama has called it “a race to the bottom.” He said, “We’ve heard vulgar and divisive rhetoric aimed at women and minorities, at Americans who don’t look like us or pray like us or vote like we do.” Lincoln’s nature would also rebel against that kind of divisive rhetoric.

Lincoln could slug it out on the stump with the best of them. But he was nonetheless a kind man, who never fell to the low level of insult being hurlled in his party today—or in his day. He said, “I have not willingly planted a thorn in any man’s bosom.” This does not mean he didn’t denigrate their positions and policies. He could do that with great skill. But one can’t imagine either Lincoln or Stephen Douglas, quality politicians, in their great debates in Illinois in 1858 calling each other by names such as Trump has been branding his opponents and various others. While present-day Republicans are firing verbal cannon balls, Lincoln used a stiletto against his opponents, carving them up rather than trying to blow them up.

It is difficult to place Lincoln in the highly conservative ideology of today’s Republican Party. Would he be for dismantling Obamacare while offering no alternative, as today’s Republicans would? Would he be anti-abortion, as they are? Would he oppose gay marriage, as they do? Would he take their hard line against immigration? Would he look with suspicion on American Muslims? Would he, if he were a Republican senator, angrily refuse to consider any Obama nominee to a vacant Supreme Court seat? Would he participate in any movement to stop consideration of a budget compromise and leave the government without money?

It is inconceivable that Lincoln would agree with the Tea Party mentality any more than he would the Catholic-hating immigrant-hating Know Nothing Party of his time, which he denounced. It is even more inconceivable that he would have anything to do with the Republican evangelical right wanting to abolish the separation of church and state.

Whatever position Lincoln would take on today’s issues he would take without hate. Hatred, on the other hand, seems to drive much of present-day Republican policy. Despite running a war for reunion in which an estimated 750,000 Americans, North and South, died, Lincoln’s every thought was of forgiveness if it could be found. Forgiveness does not seem to be driving his party in the twenty-first century.

For those and other reasons Lincoln would very likely not be a Republican today. Many of the things he said, believed, and would very likely still believe, are just the opposite of the party’s present-day positions. It is more than likely that he would today disapprove of many of its policies. The party for a long time has not been the “party of Lincoln,” as its leaders still claim.

Lincoln said: “Republicans are for both the man and the dollar, but in case of conflict the man before the dollar.” The party has long since reversed that policy. There is abundant evidence, as historian Richard Hofstadter wrote, that the party of Lincoln has since become the “jackal of the vested interests, placing the dollar far, far ahead of the man.”

Lincoln also believedthat “The legitimate object of government, is to do for a community of people, whatever they need to have done, but can not do, at all, or can not, so well do, for themselves—in their separate, and individual capacities.”

These two Lincoln statements reflecting his core beliefs sound just too close to making him look like a hated big-government, wrong-headed liberal to the very conservative Republican Party today. Its Tea Party wing would dump him like tea was dumped in Boston Harbor 243 years ago. The evangelical fringe would brand him a political blasphemer and heretic.