As the Sanders Campaign Legitimizes Socialism, We Should Remember This

Jeremy Kuzmarov is J.P. Walker assistant professor of history at the University of Tulsa and author of "Modernizing Repression: Police Training and Nation Building in the American Century"(Massachusetts, 2012). 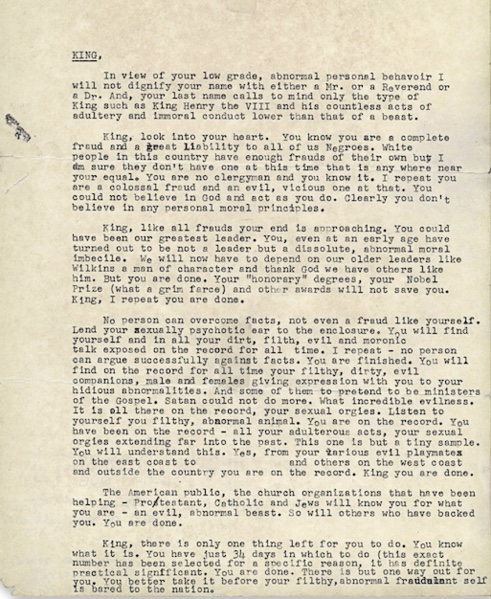 While more of a New Deal-style liberal than doctrinaire Socialist, the Bernie Sanders campaign has helped to advance many of the ideals long-held by Socialists including in promoting a fairer economic system, robust social programs and genuinely democratic political structure in which money does not buy influence. As the Sanders campaign surges forward, we should remember the many Americans persecuted for promoting the ideals that Sanders is helping to legitimize and which may be slowly losing their stigma, especially among younger generations.

In 1961, the FBI under its infamous Counter-intelligence (COINTELPRO) operation launched the Socialist Workers Party disruption campaign because, according to a secret memorandum, the party had been “openly espousing its line on a local national basis through running candidates for public office and strongly… supporting such causes as Castro’s Cuba and integration problems in the South.” The disruption campaign included breaking into the homes of Socialist party leaders and stealing their membership lists and internal party bulletins, planting fake evidence in order to jail them or having them dismissed from their jobs. There were also attempts to influence the Board of Regents at various universities to have socialist college faculty members dismissed. Numerous careers were ruined and the universities were de-radicalized as a result.

The Senate Pike Committee on illegal surveillance concluded in 1975 that the Socialist Workers Party “has been subjected to 34 years of intensive investigation [along with disruption] without any evidence whatsoever of illegal activity.” The most violent operations were directed at black leftist organizations like the Student Non-Violent Coordinating Committee, which Sanders himself supported as a college student, and the Black Panther Party, which was subjected to a public smear campaign and infiltration by FBI provocateurs, who murdered Chicago leaders Fred Hampton and Mark Clark. Martin Luther King Jr., a strong advocate for social democracy, was also harassed for years by the FBI, which wrote letters designed to encourage him to kill himself.

A generation earlier, socialist party supporters opposing the U.S. involvement in World War I were rounded up and often given lengthy jail sentences under draconian alien and sedition laws. Party leader Eugene V. Debs was subsequently forced to run for president from prison. In November 1917, 17 members of the anarcho-syndicalist Industrial Workers of the World (IWW) were accused of bombing the home of Edgar Pew, the Vice President of Carter Oil Co., a subsidiary of Standard Oil. Though there was only scant evidence against them, they were taken from police custody under the oversight of the police and savagely horsewhipped and tortured by mob vigilantes led by Tulsa city notable W. Tate Brady. The Wobblies were then ordered to leave town and shot at as they fled. The Tulsa World editorialized that the "first step to whipping Germany is to whip the IWW [who had opposed the war and coordinated draft resistance]. Kill ‘em just as you would kill any other snake, Don’t scotch ‘em, kill ‘em. And kill ‘em dead. It is no time to waste money on trials and continuances and things like that. All that is necessary is the evidence and the firing squad. Probably the Carpenter’s union will contribute the timber for the coffin.”

These inflammatory statements coming from seemingly a respectable newspaper epitomize the venomous attacks directed against leftist activists in the American heartland during the age of the red scare. Histories of the FBI have shown that that agency, founded as a political police with an anti-radical division led by J. Edgar Hoover in 1919, was committed to the subversion of left-wing movements under the pretext of protecting national security. The net effect was to weaken the American left, and intimidate liberal groups from advocating more radical positions.

The legacy of the red scare is still felt today, with the Democratic Party having adopted centrist, pro-corporatist policies over many decades. Sanders himself has been ridiculed by his political opponents and ignored in the media until recently, though his ideals resonate among many Americans affected by the economic crisis and among young people who equate capitalism with Wall Street greed, student debt and unscrupulous wars. As momentum surges for the Sanders campaign and socialist ideals become more openly debated and accepted in American society, we should acknowledge all the idealistic souls who were discriminated against and persecuted as they fought for a better America.