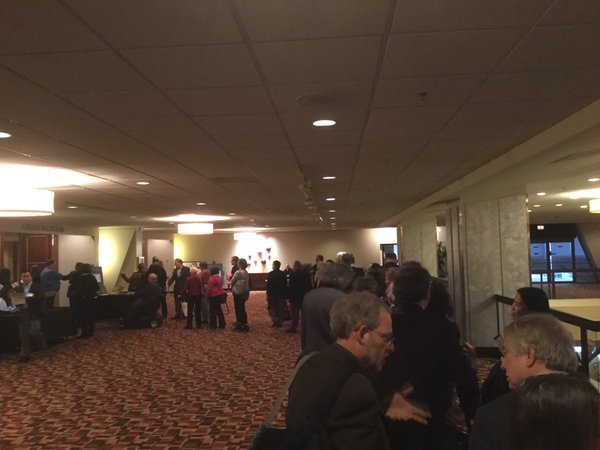 A passionate debate over the resolution that claimed Israel has been blocking Palestinians' access to educational facilities has ended in a decisive defeat for the critics of Israel.  The vote at the Business Meeting at the annual convention of the American Historical Association was 51 in favor, 111 opposed. The vote brings to an end (for now) the controversy that has roiled the organization since the resolution was introduced at last year's meeting.

The historians who tried but failed last year to persuade the AHA to consider a resolution critical of Israel gave notice this past fall that they planned to reintroduce the measure, giving themselves plenty of time to round up support.

By taking early action they hoped to answer one of the chief objections of critics, who argued at last year's meeting that historians hadn't been given enough time to think through the implications of the proposed resolution.

The proposed resolution would have put the AHA on record against Israel's alleged practice of restricting the rights of Palestinian educators. Judging by the advertisement in Perspectives, more than fifty historians, including several past presidents of the AHA, supported the resolution.

Opponents argued that the indictment of Israel leaves out the context in which Israel's actions have taken place.

The debate over the resolution ranged beyond the question of Israel's treatment of Palestinians.  Many historians worried that the organization would be damaged if it weighed in on a controversial issue that sharply divides both scholars and the public.

The AHA vote undoubtedly will be hailed by supporters of Israel, who have lost several similar votes at scholarly organizations in the past few years.  In 2013 the American Studies Association overwhelmingly voted in favor of a resolution to boycott Israel.  This past November the members present at the annual meeting of the American Anthropological Association voted decisively in favor of a boycott of Israeli academic institutions.  The vote will now be put before the full membership.