Is the European Union About to Come to the Rescue of Edward Snowden?

Richard Rashke is the author of The Whistleblower’s Dilemma: Snowden, Silkwood and Their Quest for the Truth. 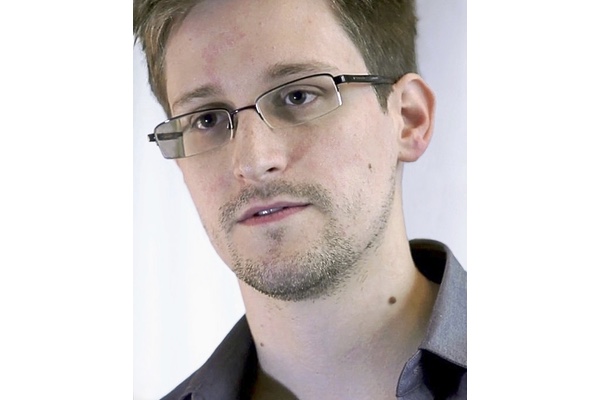 "Edward Snowden-2" by Laura Poitras / Praxis Films. Licensed under CC BY 3.0 via Commons.

The European Union Parliament (EP) recently recommended that its twenty-eight member countries “drop any criminal charges against Edward Snowden, grant him protection and consequently prevent extradition or rendition by third parties, in recognition of his status as a whistleblower and international human rights defender.” In theory, this recommendation would protect Snowden from extradition to the United States. In effect, the resolution, which has been underreported in the United States, invites Snowden to seek safe asylum in Europe. 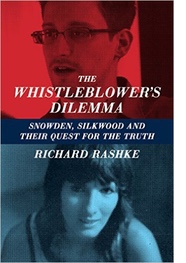 Snowden stands charged with three criminal counts under the Espionage Act of l917—stealing, possessing, and giving classified documents to the media. Congress passed the Act to protect the U.S. from anarchists and communists. The most famous people convicted under the Act were Julius and Ethel Rosenberg who were found guilty of passing national secrets to the Soviets. They were executed for treason in the electric chair in l953. The Justice Department, however, has not charged Edward Snowden with treason.

Snowden tweeted that the EU Parliament’s decision was “extraordinary” and a “game-changer.” He went on to say, “this is not a blow against the United States, but an open hand extended to friends. It is a chance to move forward.”

Edward Snowden sits on the top of a list of famous American men and women who blew the whistle on government and corporate wrongdoing over the past thirty-five years. In l971, Daniel Ellsberg leaked the Pentagon Papers to the New York Times, exposing government decision-making about the Vietnam War. Charges were dropped because the government had illegally collected evidence against Ellsberg.

In l972, New York policeman Frank Serpico exposed systemic corruption in the NYPD to the Knapp Commission. He survived an assassination attempt but was permanently disabled.

In l974, Karen Silkwood blew the whistle on the Atomic Energy Commission and her employer, the Kerr-McGee Nuclear Corporation, for gross negligence and corruption. Silkwood’s car was forced off the road and she was killed while on her way to deliver sensitive documents to a New York Times reporter.

In l993, Dr. Jeffrey Wigand, vice president of research and development at Brown and Williamson (B and W) exposed deceit in the tobacco industry to the Justice Department and on CBS’s Sixty Minutes. He was unsuccessfully sued by B and W for theft of proprietary documents.

In 2001, William Binney, a former top analyst for the NSA, blew the whistle on the Agency’s warrantless eavesdropping on Americans. He accused the NSA of failing to prevent 9/11 because its bulk collection program lacked filters that would have eliminated irrelevant phone calls and e-mails. The Justice Department dropped all charges against Binney.

In 2010, Bradley (now Chelsea) Manning leaked classified military and diplomatic documents to Australian Julian Assange, editor of the website Wikileaks. Manning was convicted under the Espionage Act of l917 and sentenced to thirty-five years with the possibility of parole after eight.

On the surface, the EP resolution is a clear and powerful statement of support for Edward Snowden as a whistleblower, political refugee, and champion of international human rights. But as strong as the resolution sounds, it is merely symbolic—a non-binding act with plenty of bark but no teeth. The resolution leaves it up to each EU member country to implement or ignore the resolution.

Then there is the vote itself. The resolution passed with the slimmest possible majority—285 to 272—51 percent. Far from a strong endorsement, the vote mirrors the mixed feelings of both Americans and the British about Edward Snowden. A KRC poll commissioned by the ACLU and published in U.S. News in February 2015 reported that 54 percent of the British held a “favorable opinion” of Edward Snowden while 64 percent of Americans who reported that they knew something about Snowden had a “negative opinion” about him. The KRC poll was taken, however, two months before the U.S. Second Court of Appeals ruled that the NSA’s bulk collection of phone data was a “staggering…unprecedented contraction of the privacy expectations of Americans.” The court went on to rule that the Agency’s bulk collection programs were a violation of both the First and Fourth Amendments, making them unconstitutional. That ruling has yet to be tested at the U.S. Supreme Court.

The EP vote can be interpreted in two different ways. It could mean that nearly half of EP members either view Snowden as a criminal or believe that an American jury should decide his fate. Or it could mean that the vote wasn’t about Edward Snowden, but rather a reflection of Europe’s anger at the United States for its massive spying on European citizens and politicians. The resolution presented the EU with the opportunity to stand up to the U.S. If that’s the case, the vote might represent a first fissure in relations between the United States and the EU.

Denmark was the first EU nation to speak its political mind. Danish Prime Minister Lars Løkke Rasmussen told the Danish media a week after the vote: “I have a hard time seeing what the reasoning would be for parliament to pass a special law taking the extraordinary step of offering an American citizen political amnesty in Denmark.” Rasmussen apparently has the votes to block any Danish parliament resolution decriminalizing Snowden and offering him political amnesty.

Snowden has reportedly sought or inquired about political asylum in Austria, Finland, Germany, Spain and Italy—all EU countries. Germany is a good bet for an asylum country. The KRC poll reported that 84 percent of Germans (and Italians) held a “favorable opinion of Edward Snowden.” Germany has already honored him with its Whistleblower Prize. Snowden supporters have erected a statue of him and fellow whistleblowers Julian Assange and Chelsea Manning in Berlin’s Alexander Platz. And the city of Dresden even named a city square after him—Snowden Platz.

How many, if any, of the twenty-eight EU member countries will decide to honor the historic resolution remains to be seen; all EU countries have extradition treaties with the United States. It would require a parliamentary vote to decriminalize and make Edward Snowden an exception. And it takes time to frame, propose, debate, and vote on a non-urgent political resolution.

Meanwhile, Snowden is in no hurry to leave Russia. His three-year residency permit does not expire until August 1, 2017, and the tide of public opinion on him will continue to ebb and flow. With the Islamic State attack on France, the tide at present seems to be ebbing. E-mail traffic from known and suspected terrorists slowed in the weeks before the attacks on Paris, making it more difficult for intelligence agents to prevent them. His critics like James Woolsey, former director of the CIA, are quick to blame Snowden. After all, hadn’t he warned terrorists to encrypt their e-mails?