Rachel Gross is a PhD Candidate at the University of Wisconsin-Madison, where she is completing a dissertation on the history of outdoor clothing and gear in the United States. 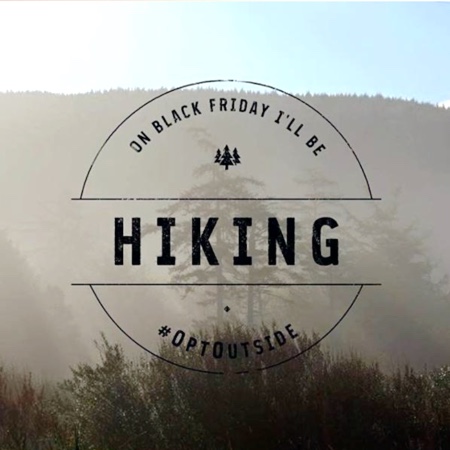 REI President Jerry Stritzke, recently announced that the Seattle-based company would give its 12,000 employees a paid vacation day and close the doors on the 76-year-old outdoor store nationwide. Stritzke tells us that the campaign to #OptOutside is about getting back to nature. He quotes American wilderness guru John Muir, who in 1901 wrote that “thousands of tired, nerve-shaken, over-civilized people are beginning to find out that going to the mountains is going home.”

The #OptOutside campaign tells us more about American attitudes towards consumption and corporations’ ability to harness those attitudes than it does about the rejuvenating powers of nature. Consumer reactions have been mixed. Some consumers retweeted the announcement in celebration and happily posted their hiking plans to the official REI website, while others questioned the motives behind such a flashy campaign. We would better understand our own responses to this year’s trend of stores announcing they are closing for Thanksgiving or Black Friday by putting REI’s announcement in historical context. So this Thanksgiving week, before the biggest shopping day of the year in the United States, here is a quick history of almost a century of anti-consumerist rhetoric in the outdoor industry to show just how old this lament is.

In the 1930s, around the same time that Lloyd and Mary Anderson decided to form a co-operative – the predecessor to REI – in Seattle to import Austrian ice axes for a group of friends, nature writer Aldo Leopold was warning that cultural values would be sacrificed for outdoorsmen’s gadgets. Though sporting-goods dealers might have called the tools aids to authentic outdoor experience, the tools often got in the way of the subtle tradition of primitive outdoor recreation, Leopold argued. Leopold did not dare draw a line between necessary and frivolous outdoor equipment, but the question plagued him: how could the beauty of sylvan sports be preserved given the increasing mechanization of the outdoors?

The mid-century boom in family camping only heightened concerns about the role of consumption in the outdoors. Consumers were often ambivalent about their relationship to gear. They loved the tents, backpacks, and sleeping bags that came their way and were thrilled when stores like REI opened near their homes. At the same time, they wondered about the ethics of consuming while getting back to nature. REI – the Recreational Equipment Co-op (just “the Co-op” to its members) – sold army surplus and later new equipment like aluminum frame backpacks and nylon tents to its growing membership. Even as members of the Khaki Gang, as REI’s outdoorsmen were later called, promulgated the myth of anti-consumption and anti-technology in outdoor recreation, their acceptance of incremental changes in clothing technology reveals the inconsistency between values and practice.

REI’s current approach of commenting on American consumption habits dates to the 1970s. Since that decade, outdoors consumers regularly asked the companies they loved to engage in environmental education and politics. For example, in a 1970s survey by REI, 92 percent of members said they wanted the store to participate in more environmental activities. These included: 1) environmental education, 2) lobbying, and 3) the creation of an environmental fund through optional return of all or a part of members’ dividends. Ultimately, asking the Co-op to take on this task reinforced the idea that the company itself could spread ethics through changing consumer practices. In the twenty-first century, it is more difficult to determine how consumers are engaging in outdoor companies’ marketing campaigns for greener consumerism.

REI is hardly the first outdoor company to take on the challenge of reconciling American consumerism with the back to nature impulse. Indeed, as many commenters have pointed out, the recent leader in the anti-consumerism ads is Patagonia, which ran the “Don’t buy this jacket” ad on Black Friday in 2011. These ad analyzers, much like the skeptical audiences on REI President Jerry Strikze’s Reddit AMA are quick to point out that these are ad campaigns – whatever the content says about reconnecting with family, stores closing, or not buying more than necessary, they are ultimately designed to get people to buy more.

So far, almost 1,000,000 REI fans, according to the #OptOutside website, have plans to head to the trails this Black Friday. The irony in sharing that pro-nature, anti-consumption attitude is how very public the performance is. Tweeting that you are opting out of Black Friday, while going through a company website and advertising campaign to do so, is very much a consumerist impulse. (And as various articles are quick to note, by posting to the REI webpage, customers are creating free ad copy—REI owns the right to share your #OptOutside humblebrags as they choose.) This week, go for a hike if the weather and the motivation call for it—or don’t—but before you filter your experience through #OptOutside, ask yourself what you are trying to advertise.